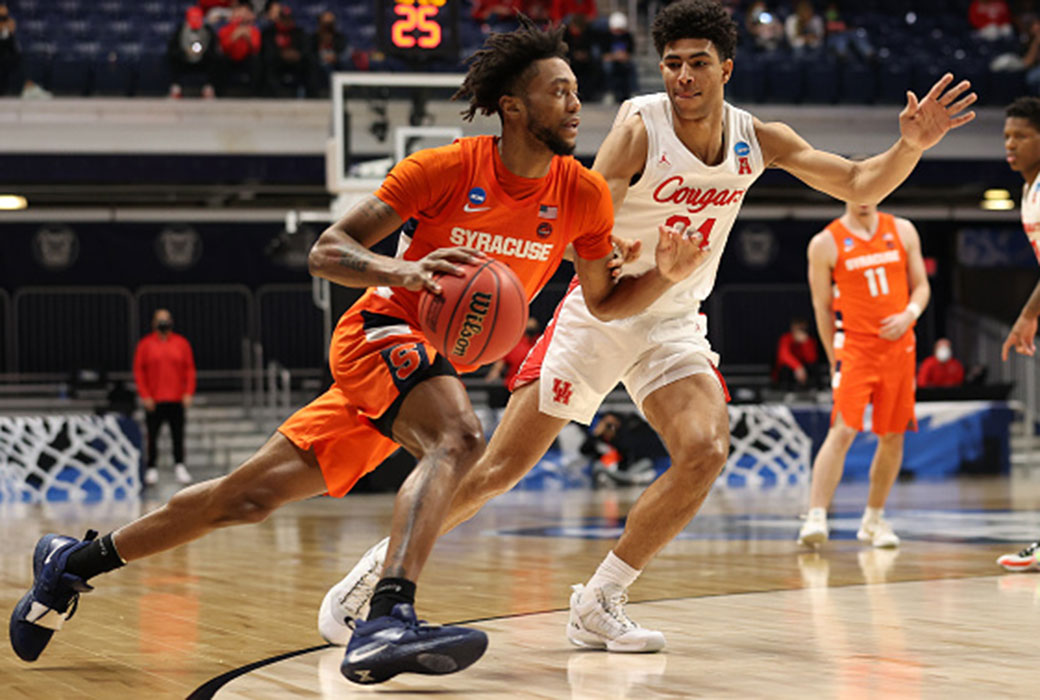 Alan Griffin, who transferred to Syracuse last summer from Illinois, plans to end his career at the school after only one year, according to basketball insider Adam Zagoria. Griffin plans to enter the NBA Draft and sign with an agent.

Griffin took to social media to post the announcement about his future endeavors.

“ The game is going to test you never fold. Stay ten toes down. It’s not on you, it’s in you. And what’s in you, they can’t take away.”

The 6-foot-5 forward, averaged 13.3 points, 5.8 rebounds and 1.6 blocks for Syracuse last season in an inconsistent campaign.

After starting the first five games of the season as one of Syracuse’s best scorers—leading the team in scoring with 18.4 points per game—Griffin’s production had regressed by the postseason. He was criticized by Syracuse coach Jim Boeheim, who took away his minutes on the floor for bad shot selection and defense.

Griffin is the sixth player to potentially depart from the Syracuse program this season. Robert Braswell, John Bol Ajak, and Kadary Richmond have entered the NCAA’s transfer portal, with Richmond already having committed to Seton Hall. Quincy Guerrier has entered the transfer portal but will test out the pre-NBA Draft process. Meanwhile, Marek Dolezaj will not return to Syracuse, and will also test our professional career.

Griffin’s father, Adrian, went undrafted in 1996 and played nine seasons in the NBA. He is now an assistant coach with the Toronto Raptors.