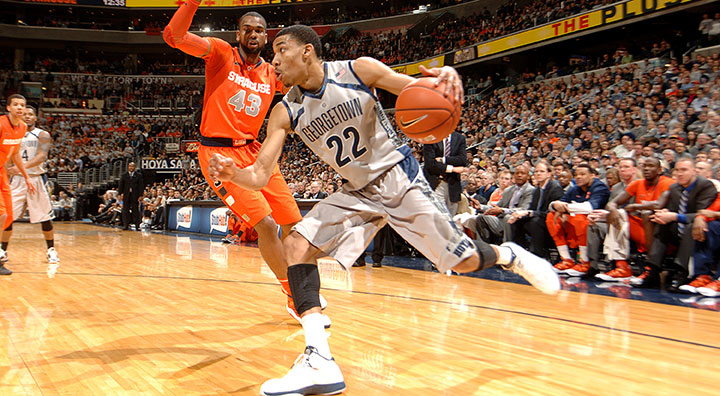 In college sports, two hated rivals can miss out on playing each other for years at a time. For example, when Syracuse left the Big East in 2013 and moved to the ACC, it meant that it wouldn’t get the chance to play Georgetown every year.

Fortunately the two schools announced that the rivalry is renewed, and the Orange and the Hoyas will play a four-year series beginning this year.

Georgetown will host Syracuse on December 5, and both sides hope to extend this series for a long time beyond just the next four years.

With Syracuse’s move to the ACC in 2013, scheduling couldn’t be shored up so that the two longtime and bitter rivals could manage a game. But the good news is we’re all set for the renewal of the clash this season. The schools have confirmed Dec. 5 to be the first of a four-year series. The Hoyas get hosting duties this upcoming season.

Then Syracuse will host come 2016 and 2017, with Georgetown getting the fourth game back in its building, the Verizon Center in Washington, D.C. By then, if all parties have their priorities in line, the non-conference series will have been renewed for another decade-plus. If not for the remainder of the century.