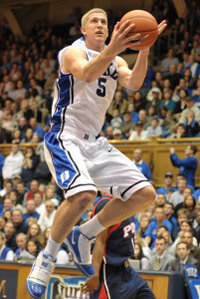 Every year, fans across the country constantly debate the NBA’s ‘One and Done’ rule. Many fans believe that players should be able to leave high school and go straight to the NBA; others believe that a year in college will help the physical and emotional growth of young teenage athletes. So much energy and talk is focused around this topic that people tend to forget about players beyond their freshmen year. Many sophomores have tremendous years overshadowed by the talk of the ‘One and Done’ rule. Therefore, I thought it would be prevalent to make a list of the top 10 sophomores who decided to stay another year in school and improve their academics while hoping to improve their stock in this summer’s NBA Draft. (This list is in alphabetical order and not in the order of my personal rankings of the ten players.)

When a good player doesn’t score a single point in one of his games, most people view that as a major hiccup. Boynton disputed that theory in the Gator’s 67-48 win against American. Known primarily as a scorer, Boynton went scoreless against American but dished out 7 assists and locked up on defense. He possesses the ability to command a team, make tough shots, and find the open man when needed. Defensively, he gets right up in his opponents face and doesn’t leave the entire game. I wouldn’t bet that Boynton goes scoreless any time soon. If he does, count me in as a believer that this kid can still find a way to win the game.

Last year, I watched Hamilton play multiple times and thought that he was not as polished as I expected. I thought that he needed to refine his offensive skills and even double-check his attitude. This season, however, Hamilton has been nothing less than a scoring machine, pouring in just under 20 points per game so far this season. His 25 points was a huge reason why the Longhorns upset Illinois in New York, and he kept his team alive with a season high 28 points in a 68-66 loss to Pittsburgh. His versatility and rebounding ability make him one big match up problem. If Hamilton can keep a consistent attitude, he will make his case for one of the premier talents in the Big 12.

NBA scouts have raved about Henson’s potential since he was in high school, but most scouts knew that Henson would take longer to develop than most guys in his class. He entered high school a skinny 6’10 power forward oozing with potential, yet he just could not compete physically at the level that people wanted him to right away. However, a year in the weight room has made a big difference for a leader on a young Tar Heel team. Henson is still far from a finished product at this point in his career, but he has shown great strides in his post game and his court vision this year. Only time will tell how much of his potential will be tapped, but Henson proved this off season that he is dedicated to becoming the next star for the Tar Heels.

UCLA started the season off on a sour note, but credit west coast phenom Tyler Honeycutt for their current three game win streak. He dropped a game high 33 points in a controversial loss to Kansas earlier in the season and was a rebound away from a double double that day. Honeycutt can make his claim for one of the top scorers in the country, and he may be the best prospect on the west coast right now. His length helps him get tough shots off over smaller opponents, and he handles the ball extremely well for his position. He also has a knack for the ball, dominating the glass with games of 15, 13, and 12 rebounds already this season. Honeycutt has all of the tools to be a great pro and should be a hot commodity come June.

One thing every coach can have more of is a sniper from beyond the arc, and not many shoot it better than this 6-4 guard. Jenkins gives Kevin Stallings an extra dimension on the court with his ability to extend the defense every time he walks onto the floor. He demands an enormous amount of attention on defense, and he creates huge driving lanes when defenses guard him so tight. SEC opponents need to beware of this three point specialist come conference play because he has the potential to break any game open in the blink of an eye.

Any time you have a player that carries a team like San Diego State into the top 25, you know you are talking about a special kid. Ink Kawhi Leonard into that category. Averaging nearly a double-double with 16 points and a hair under 10 rebounds per game, Leonard has propelled his team into the top 25 amongst some of college basketballs best teams. His 12-0 Aztec team is one of the only undefeated left in all of college basketball. In their big games, Leonard has gone on an absolute tear. 18 points against WCC powerhouse Gonzaga, 16 points against MVC favorite Wichita State, 20 points in an upset at Caifornia, and 13 points against a talented San Diego squad. The bottom line is that Leonard is a natural born leader who wills his team to victory. Leonard should keep producing at a high level, so don’t be surprised to see this kid playing at the next level in the near future.

If this list was based off of pro potential, Plumlee would be at the 1 or 2 spot. An incredible athlete for his size, Plumlee rebounds the basketball and guards opposing big men as well as anyone in the country. He brings a sense of toughness and leadership to the Blue Devils that every team needs in order to make it far come March. He seems to be much stronger than he was last year, pushing opponents off the block and making it tougher for his opponents to catch post entry passes. Plumlee also makes good decisions on the court; he knows when to shoot and when it’s his time to dish the rock. He needs to work on his jump shot range, but he has just as much potential as almost any big his size in the country right now.

Everyone who follows basketball knows that Tom Crean’s first two years at Indiana have not been a walk in the park. However, those who follow basketball also see the signs of improvement on the court as well. The main sign so far this season has been the rise of talented Hoosier sophomore forward Christian Watford. A natural scorer, Watford can knock down shots from almost anywhere on the court. He can post up with the big men and hit mid range jumpers like the guards. Watford kept Indiana in the game in their loss to Kentucky earlier in the month with a 19 point effort, and he did a tremendous job of keeping freshmen superstar Terrance Jones off the scoreboard as much as possible. Watford has a little ways to go before he can make the big jump, but his progression this year has been better than almost anyone outside of the Indiana program expected.

You would be hard pressed to find a point guard with more composure and poise this season than Villanova’s sophomore stud Maalik Wayns. Wayns is part 1 of Villanova’s 3 headed monster in the backcourt, accompanied by Corey Fisher and Corey Stokes. Wayns is a complete blur with the basketball and uses his quickness to get in the lane all game. He does a tremendous job of breaking his man down off the dribble and getting to the second tier of the defense, forcing opponents to either leave their man or let Wayns display his smooth mid range jumper. Wayns has all the tools to be the next great guard to come out of a long list of Villanova backcourt phenoms.

Sean Miller has not had the smooth transition into Tucson that many believed he would have. He snagged a few top level recruits (Josiah Turner, Nick Johnson, and Sidiki Johnson) for the 2011 class that will help bring the swagger back to the Arizona program. At the moment, however, Derrick Williams has been the heart and soul of a Wildcat team searching for an identity under their second year head coach. Averaging over 19 ppg, Williams flat out puts the ball in the hole. His size enables him to create a mismatch every time he steps onto the court, and he overpowers his defenders on his way to the rim like its his job. Williams has put himself in position to be a top 15 pick, and his stock seems to only be on the rise. 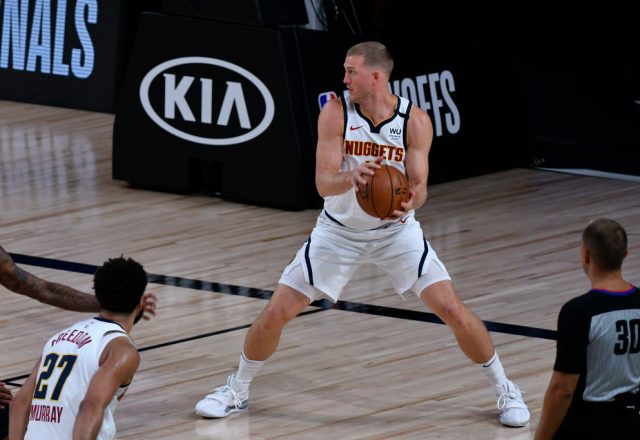