The Jayhawks land the 6-2 PG out of Charlotte. 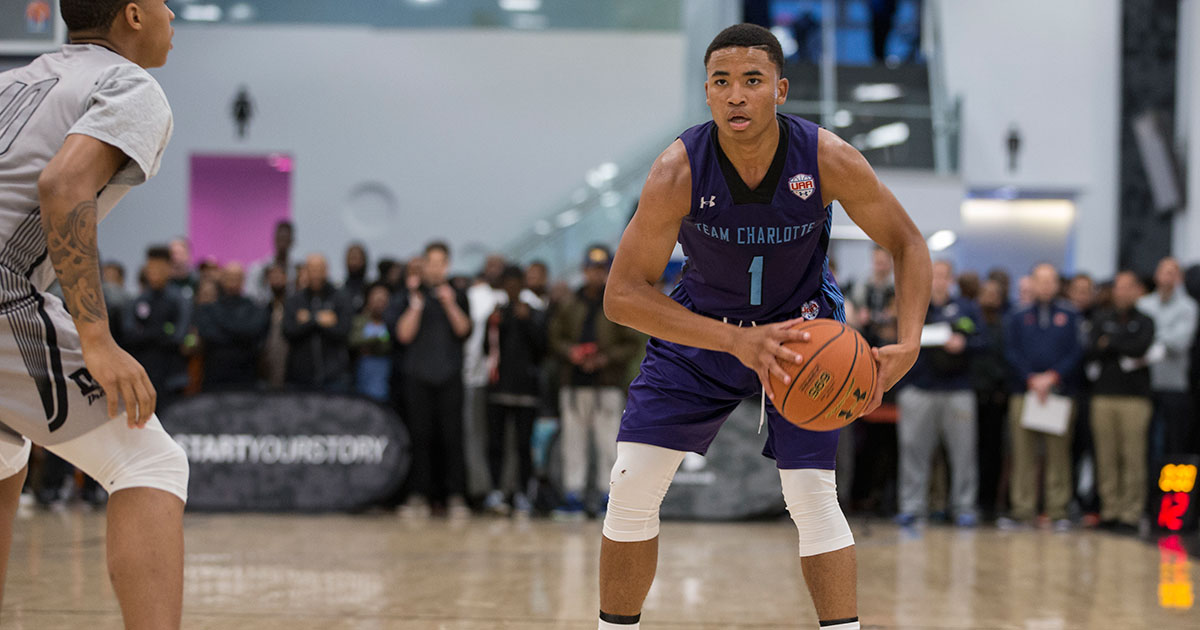 One of the top point guards in the Class of 2018 made his decision on Friday night when top 25 recruit Devon Dotson, a 6-2 senior out of the Providence Day School (NC), announced that he was choosing Kansas over Maryland. Raised in Chicago up to the sixth grade before his family decided to relocate to Charlotte, Dotson averaged 24.4 points, 6.8 rebounds and 5.1 assists per game last season as a junior.

The Jayhawks have also received commitments from two other top 40 prospects in the Class of 2018 in Silvio De Sousa, a 6-8 forward at IMG Academy, and David McCormack, a 6-10 center at Oak Hill Academy.