Following the firing of John Groce last month speculation began to make the rounds regarding whether top-40 recruit Jeremiah Tilmon would remain committed to the program. The 6-10 center out of East Saint Louis (IL) originally announced he was committing to Illinois last summer. Now over three weeks after Groce was fired, Tilmon announced via Instagram that he has decided to reopen his recruitment and is requesting a release from his National Letter of Intent. He will still keep the Fighting Illini, who recently hired Brad Underwood as their new head coach, in consideration. 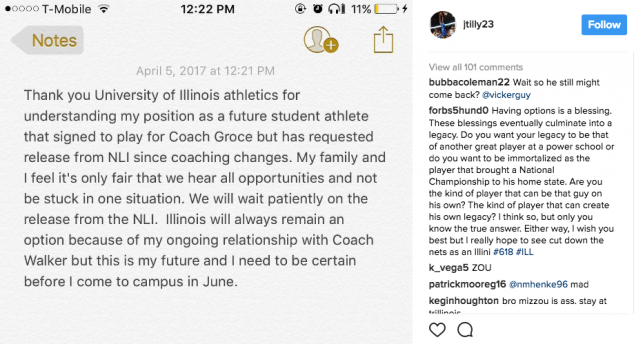