The 6-6 wing chose the Fighting Irish over Alabama, Texas and Connecticut. 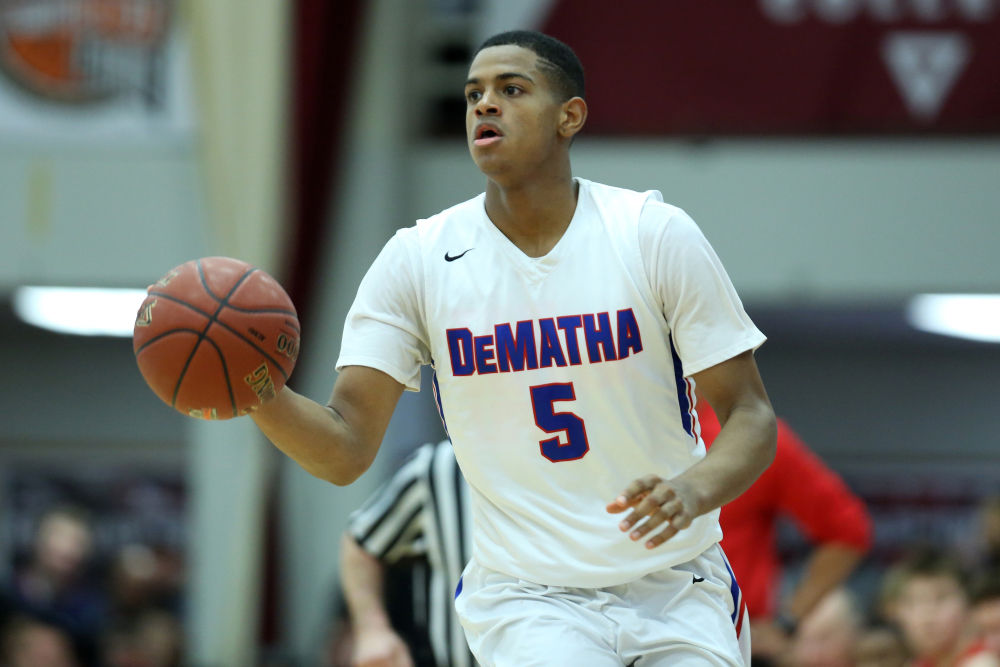 In 2011, Notre Dame landed a guard out of DeMatha Catholic in Hyattsville, MD. The guard, though, wasn’t recognized as a top-100 national recruit in his class. Nonetheless, the prospect, Chicago Bulls guard Jerian Grant, went on to eventually lead the Fighting Irish to an ACC title and an Elite 8 appearance in the 2015 NCAA Tourney. On Tuesday night, coach Mike Brey landed another prospect out of DeMatha, this time a top-50 nationally ranked recruit in D.J. Harvey. The 6-6 wing chose the South Bend school over Alabama, Texas and Connecticut.

DeMatha senior D.J. Harvey committed to the Fighting Irish on Tuesday night during an interview on Comcast SportsNet, putting to rest a scrutinized recruitment that began almost the instant he arrived in Hyattsville as a ballyhooed middle school prospect from Alabama.

Considered one of the top 50 players in the 2017 class by almost every major recruiting service, Harvey is the rare Stags player to start since he was a freshman. He earned first-team all-league honors the past two years playing alongside All-Met and McDonald’s all-American Markelle Fultz.

Alabama, Texas and Connecticut were also in the mix after Harvey sifted through about 20 scholarship offers, but Notre Dame ultimately had a leg up given Coach Mike Brey’s ties to DeMatha. Brey, a DeMatha graduate and former assistant coach under Morgan Wootten, came to the area for an in-home visit this week and hosted Harvey on an official visit earlier this month. Harvey also had taken official visits to Alabama and Texas in recent weeks.

“It’s been a long two years with [Brey]. I came off a pretty shaky summer, so he stuck with me,” Harvey told Comcast SportsNet following his announcement. “He came to all my events. Never missed one. He’s just made sure to show that he was very interested in me and that I was his No. 1 priority. I just think I can blossom into a great player.”