The @UMBCathletics account gained over 35,000 followers in mere hours thanks to the sassy and personable tweeting of alumnus Zach Seidel 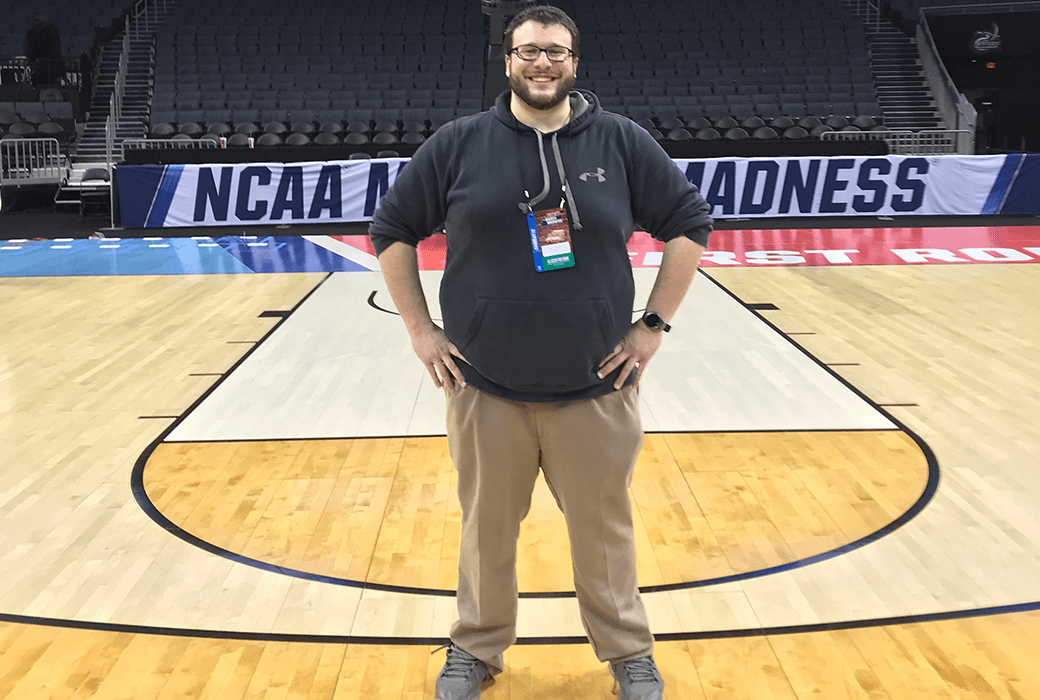 The University of Maryland, Baltimore County was the focus of the basketball world when it became the first-ever 16-seed to defeat a 1-seed in the NCAA Tournament when it upended Virginia 74-54 Friday night and it was the holding center-court of the Twitter-verse, too, thanks to the sassy personality of the @UMBCathletics account.

SLAM chatted with the man behind the handle, UMBC alumnus Zach Seidel, to learn about what it was like being thrust into the spotlight and how his own personality intertwines with the voice of @UMBCathletics.

SLAM: What was the first thing that went through your mind when you saw Seth Davis’ tweet a minute into the game that essentially said the game was already decided in Virginia’s favor?

Zach Seidel: I’m not gonna lie, I’ve been at UMBC for 10 years and I’ve dealt with a lot of crap from people: Maryland, Towson–good schools, but they treat us like the little brother. When I saw (Davis) tweet that, I was going to do something professional, but then the 10 years of frustration came out. Nobody gives us a chance and it really set me off. I was like, “You know what? We’re going to have fun tonight and I’m going to keep tweeting at him.” I saw more and more people were liking us and I was like, “This is really good for the school, I’m just going to keep tweeting at him,” and then (Davis) deleted his tweet, which people noticed. I just decided to give it a personality for the night.

SLAM: You’ve been a part of UMBC athletics for 10 years now, how did your personal experience as a Retriever play a role in your work Friday night?

ZS: It’s still surreal to me. I started at UMBC as an intern in high school and that was 10 years ago when they won the American East tournament. My freshman year they made the championship and lost and then my sophomore year until the year after I got my Master’s, we won a total of 41 games. I always kind of sat there regretting when I went in ’08 because I was a high school student and I was timid. I went into this week with the mindset that “I’m going to appreciate this, I’m going to live it up, I’m going to have fun … you’ve got to enjoy the moment man, you’ve got to enjoy it.”

SLAM: @UMBCathletics carried itself with a bit of a chip on its shoulder, is that an attitude that reflects how the players on the team feel, too?

ZS: I think that it’s how a lot of UMBC students feel in general. One of the most upset moments I’ve had at UMBC was a men’s soccer game where William & Mary fans chanted “College Park rejects” and that was the most hurt I’ve ever been. It’s always having to explain to people that we’re not Maryland. That’s how it feels to be UMBC, everyone is always looking down on you.

There’s signs that call us “University of Maryland, Backup College,” but tonight was our night to shine.

Ahh we remember this game at Maryland in December….hopefully you enjoyed our game from your couch dude! pic.twitter.com/qwRC9zSQuE

SLAM: Social media and communication in sports is pretty behind the scenes, what was it like to find yourself in the spotlight of such a large stage?

ZS: It’s weird. During the game I was getting texts from numbers I didn’t even recognize that were like, “You’re doing a great job!” and I was like, “Who is this?” and they’d say “Don’t you remember me? We went to school together” and stuff like that. It was people I hadn’t talked to in years that were like, “Hey, I know we lost touch but you’re doing a great job and I’m so happy for you.” In the locker room I had ESPN and USA Today wanting to interview me and we had all these players in there, but I had media wanting to interview me in the locker room and I was like, “Why?! What’s happening?!”

SLAM: At one point during the game you tweeted that you were going to call your mom–how did that go?

ZS: I texted her. I’m Jewish, my mother is a very Jewish mother, and now I can say, “Maybe I didn’t get the PhD., but your boy is famous now.” I talked to her and let her know I got some interviews … and she was texting me, “Make sure they spell your name right!” and “Has anyone shown your bosses this? Make sure your bosses know!”

SLAM: At what point did you realize UMBC actually had a shot to win the game and how did that affect your social media work?

ZS: I turned to someone at halftime and said, “No matter what happens, people are going to pay attention to us. We tied them in the first half.” … When Joe (Sherburne) got the and-1 and the 3 to put us up six, I knew for sure we had people’s attention, so I was like, “Alright, people are paying attention. Let’s do some funny tweets, let’s try and get the school attention. We’re going to have some time in the limelight so let’s put a positive spin on this for the school.”

SLAM: There were a lot of questions on Twitter from casual fans wanting to know what the UMBC mascot is–want to chime in to set the record straight?

SLAM: Can fans expect the same kind of personality and attitude from you and @UMBCathletics on Sunday?

ZS: I mean, I said to someone afterwards, “Crap, I have a lot to live up to now Sunday. I thought it was going to be a one-and-done kind of thing,” as a joke. It’s my personality, though, sometimes when I tweet games I tweet with that personality, it just happened that today was when a 16-seed beat a 1-seed, so more people noticed it. It’s going to be the same tweets, if you come at us, we’re going to have a little fun with you.”

UMBC takes on Kansas State on Sunday at 7:45 P.M and the 36,000-plus followers @UMBCathletics gained during Friday’s game will surely be following along closely.