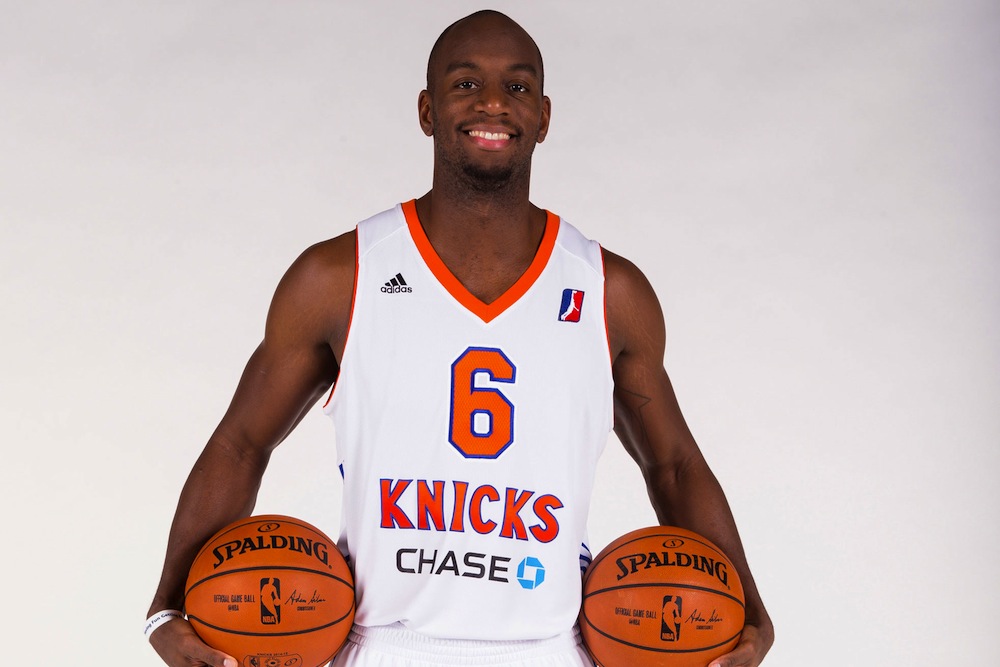 Known as a defensive stopper in his time as a Tar Heel, Marcus Ginyard won a National Championship at North Carolina in 2009, but he was sidelined during that run with an injury. In this second piece of his story below (check out the first here), he writes of the pains he experienced and how he learned to appreciate them.—Ed.

On March 16, 2008, we held up the ACC championship trophy in the city of Charlotte, having successfully defended our crown as the best in the conference. Two years in a row we brought the regular season and tournament title to Chapel Hill. It was my junior year, a year most focused on as a time to show you reached a level of maturity and confidence that would lead you to the next level.

That season I was voted to the ACC All-Defensive Team, while also earning ACC All-Tournament Team honors. It was a time of great personal and team success. We would continue on that year to the Final Four, but would fall short to the eventual champion, Kansas.

One year later, we returned to the Final Four, and this time no one would stand in our way. You couldn’t write a better ending to an amazing four-year career for our class. We progressed from a second-round NCAA tournament loss, to an Elite Eight finish, on to a Final Four, and finally to the ultimate validation, a National Championship. That night in Detroit, on stage in front of 72,000 people, life seemed to stand still.

We prepared to storm the court, awaiting the final buzzer with a child-like energy, anticipating the celebration of our lives. When the horn sounded, and the confetti exploded, our dream was finally realized. We were the 2009 National Champions. With the trophy in tow, our brothers in arms, our family and supporters all around us, and extreme joy within us, the moment was perfect…But there was one thing that wasn’t what I had imagined.

I watched the entire game from the bench, dressed in a suit and tie, which served as my “uniform” for the majority of that championship season. I had worked tirelessly during my time at UNC to be able to help my team win an NCAA title, and in that moment of incredible jubilance, I was drowned in a world of pain.

Months passed before I could accept the pain. I smiled, and laughed and hugged my way toward depression. It felt to me that I had a knife in my chest, but I wasn’t comfortable talking about it. How could I take away from the accomplishments of the team by sharing my sob story? I told myself to suck it up, get over it, anything to push the pain below the surface. When I was finally able to accept it, however, something strange happened. I began to appreciate the pain.

That pain became an amazing tool. It would help me to realize how grateful I was—how the opportunity to be a part of a team that won a National Championship was truly amazing! We won multiple ACC regular season and tournament championships, enjoyed wins over the No. 1 team in the nation a handful of times, won four straight games in Cameroon Indoor Stadium, and played in two Final Fours! I didn’t get to play in the one game I dreamed about my whole life, but I still played with the TEAM I dreamed about. I was able to build relationships with teammates, coaches and fans that I consider family to this day.

But everything wasn’t learned from that moment. I would experience more and more pain in the following years. Pain of rejection, failure, separation and injury.

After the championship season I returned to UNC for my final year of eligibility. Our season was far less than successful (20-10 never felt so bad). I felt the pain of failing to lead my team to the NCAA Tournament. In the following months I felt the pain of being cut from the Charlotte Bobcats’ Summer League roster. At the end of summer I felt the pain of leaving my family and friends for Europe to continue my basketball career. Even now, typing these words, I experience pain, the same pain from that 2009 season at UNC, the pain of being sidelined due to injury.

We should appreciate the pain; accepting the moments that make us most uncomfortable, for it is in these moments that we grow the most, and that our true character is revealed. Through these moments I learned that life hurts, but risking the pain is more than worth it. I’ve watched myself persevere through a multitude of challenges, while maintaining motivation and drive to face the next.

Have I been dealt the worse hand in life? ABSOLUTELY NOT! I am blessed beyond measure! Accepting those painful moments helped me learn that. I wouldn’t trade any experience I’ve had because they have all led to me being who I am today. I have genuinely adopted an attitude of gratitude, and because of this, I will always appreciate the pain.

Marcus Ginyard is a professional basketball player from the University of North Carolina and a writer. For more from him, check out marcusginyard.com and follow him on Twitter @mg1nyard.