Hoping to finish out his career with an NBA team, Will Bynum is hooping in the D-League—11 years after being named its Rookie of the Year. 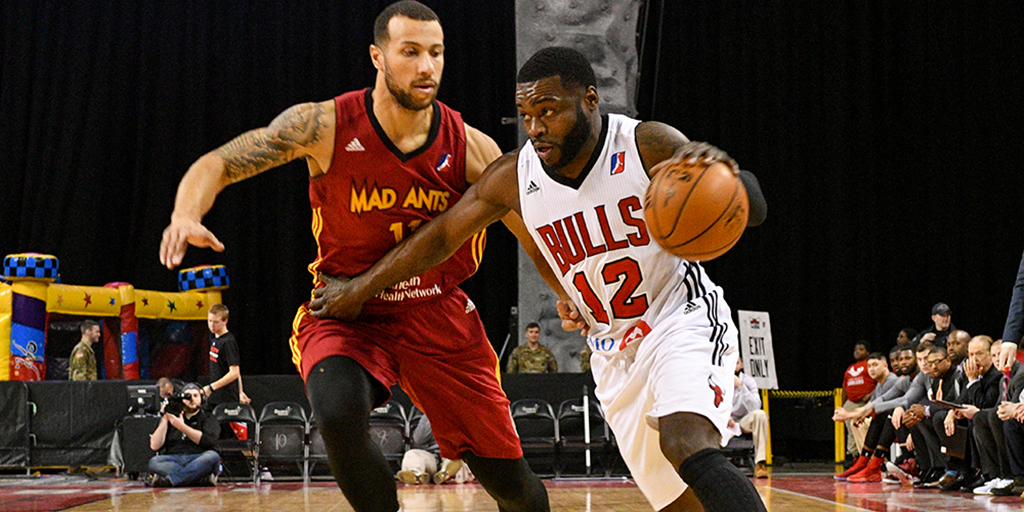 As long as there’s a ball, regulation-sized hoop and opportunity, Will Bynum will continue to lace ’em up. The veteran point guard’s unquestioned dedication to the game has always been shown with his tenacious work ethic and the respect and love he gives to the sport that helped carry him far past the pitfalls and dangers that lurk around many a corner in Chicago.

Bynum’s professional journey has taken him to places that were unfathomable to him as a youth. Now 34, with eight years of NBA experience and all the necessary attributes needed from a reliable floor general, he’s showcasing his value each time he takes the floor for the Chicago Bulls’ D-League affiliate, the Windy City Bulls.

There were opportunities for Bynum to head overseas once again and earn a substantial payday. It would have been easy to take the money, but the Chicago native’s decision to go the D-League route was made in part to remain close to his family and to attempt to fulfill his desire to finish his career in the NBA. From the moment, he put on his uniform, he stepped right into a leadership role and easily became one of the team’s most dynamic playmakers.

As he flashed in the annual D-League showcase in January –where he dropped 43 points on 13-20 shooting, including 4-7 from 3 – there’s still lots of game left in his 6-0, 185 pound frame. While remaining hopeful for a call up from a team that could use his services, Bynum has kept his focus by looking at the positive of his situation, in being blessed to still play the game that’s given him so much at a high level.

We caught up with Bynum to discuss how he’s approached his second go-around in the D-League, 11 years after winning the D-League Rookie of the Year. We also talked about the frustration of watching NBA teams that could benefit from his services, how he’s staying prepared and just what life will be like after he calls it a career.

SLAM: You could’ve gone overseas and made some good money, but you choose the D-League route. What was your reason for choosing that path?

WB: My main focus was to get back in the NBA and finish my career there. That was my focus. I’m still really good. I feel like I could help a team right away, when it comes to my experience, helping to tutor the young guys and just being ready to play at anytime. I see a lot of what I’m good at is needed for a lot of teams right now.

SLAM: When you see teams now in need of the things you offer, is it at all frustrating that you haven’t gotten a call because of the experience you have and what you’ve proven?

WB: You know, sometimes it is [frustrating] from a competitive standpoint and knowing that you’re really good and can help teams. You just have to continue to have faith, keep working and hopefully the chips will fall where they may. Things that I can’t control, I try not to harp on or think too much into. I just try to focus on things that I can control and that’s myself, my work habits, the things I do on a daily basis to improve and trying to stay prepared.

SLAM: You’ve always been a guy of strong faith and you’re still a guy that a lot of former and current players seek out for advice. With how frustrating this process can be, is there a person that you turn to to keep you motivated?

WB: It’s not a particular person, but it’s my upbringing. Me being from Chicago and me seeing the things that are going on now in the community. That’s motivation enough to do things the right way. It’s so easy for a lot of kids, especially now, to do the wrong things, that it makes it difficult to be that different person. I’m living proof that you can be different, have a different outlook on life and be successful and still get things done.

SLAM: Even though you’re not playing at the level you want to right now, has it been good to be playing back at home?

WB: It’s been great, but I’ve played all over. I’ve played in China, Israel and pretty much everywhere. As long as the rim is 10 feet, that’s fine with me. It doesn’t matter where I am.

SLAM: There’s this misconception amongst a lot of people that the D-League is lesser competition, but with guys fighting for a shot every night to be noticed, you could argue that there is a heightened level of competition. You’ve been through the D-League before, but now being more mature, is there any part of this experience that has been different for you?

WB: Nothing has been surprising. It’s a tough situation, though. In the D-League, teams send their guys down and it’s for them to develop. You have guys who are around all year [on the roster] and they really have no control over their opportunities when a guy gets sent down and needs to play that night. It’s just different playing the game that way. Normally, it’s like you’re all in and you’re trying to win, no matter what the scenario or the situation is. In the D-League, depending on the team, it’s more so about the development and not necessarily the wins. In that aspect, it’s different. To play the game that way, when you’re conditioned to doing things a certain way can be difficult sometimes.

SLAM: The Bulls have sent a lot of their younger players down to practice and get playing time. Have you had a chance to pull a guy like Jerian Grant or Denzel Valentine to the side and give them some of your knowledge on staying prepared?

WB: Most of the Chicago guys have either came down just for practice or the games, so I haven’t really ever gotten a chance to spend much time with them because they’re not traveling with us. The guy I’ve gotten to spend a lot of time with and have gotten to know is Tim Quarterman from the Portland Trail Blazers. I’ve talked with him about the ins and outs of the League, having a consistent routine and just never getting too high or too low. That’s what it’s about. It’s about staying prepared and not taking anything that happens in this league too personal. What I do mean by that is what you do take personal is your improvement. Don’t have an emotional response to anything, but have more of a business approach and a professional approach to develop your game and get better.

SLAM: I always say there’s guys that like the game, love the game and live the game. In knowing you and how competitive you are, you’re obviously a guy that lives this. With knowing you can still compete on the NBA level, is watching games now anymore difficult than in years past?

WB: Not at all. The way that I watch a game is different. I’m looking at tendencies, footwork, play calls and sets. I don’t really look at the game from a fans standpoint. I look at it from a technical standpoint. I’m looking at what sets a team is running, what type of tendencies certain guards have and that’s because I’m looking at them as competition, or I could learn something from them. I do see a lot of teams that need experience and a spark off the bench, though.

SLAM: When that opportunity comes, is there a preferred situation for you?

WB: It doesn’t matter because I’m able to adjust. I’ve been in so many different situations and I’m able to adjust pretty easily because of the way I play. I’m going to come in and change the pace of the game, pick up full-court, talk to guys on offense and defense, be aggressive in the pick and roll and make plays. So my game is pretty simple and the NBA game is pretty much all pick and roll now. That’s pretty simple for me and I feel I could fit with any team and be a spark.

SLAM: What’s your typical schedule now, as opposed to how it was when you were in the league?

WB: Say if we had a game on a Friday and we’ve been in Chicago the entire week; Monday, we will practice in the morning and then at night, I’ll work out again on my on at UIC (University of Illinois at Chicago.) I’m doing two separate workouts a day. The team stuff, I don’t really count that as a workout and that’s me, personally. I will do two-a-days through Wednesday and then do my work with the team, get my shots up and prepare for the game on Friday.

SLAM: From my time in watching you at Crane, seeing you in Detroit and even the Chi-League, you’re constantly always pulling someone to the side or providing some type of guidance. Coaching seems like it would be an easy transition for you once you’ve decided that you’ve given the game all you can from a playing standpoint. What are your aspirations for when that time does come?

WB: To serve and to give back. I definitely have to give back with everything I’ve learned and where my experiences have taken me. With basketball, you can translate so many of the principles you learn into everything that you do. Me just giving that back to the younger generations who are trying to do the right things, no matter what field they’re in, is something that I’m very passionate about. With those principles you learn from basketball, it’s going to take the same hard work and you having to live it – whatever it is – to be the best you can. You’re going to have to live it 24-7 in order to be the best in it. If you’re aiming that high in the beginning, there’s no way you can fail.

Christopher Cason is a contributor to SLAM. Follow him @C4DUNK. 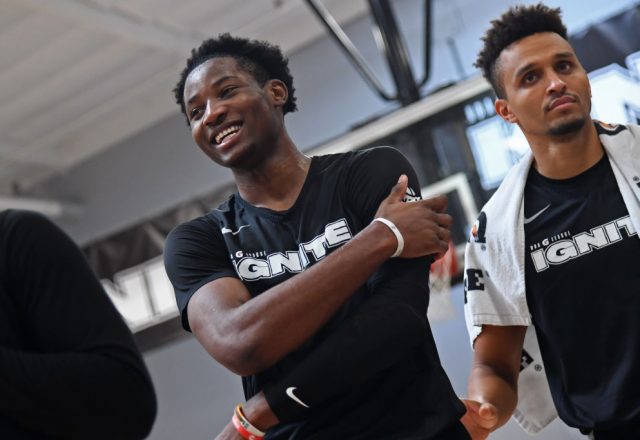 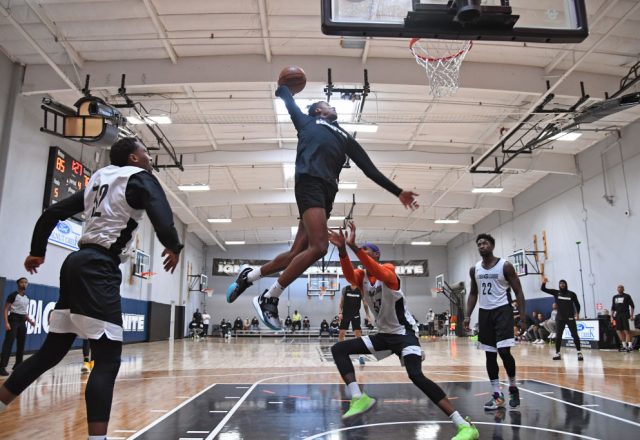 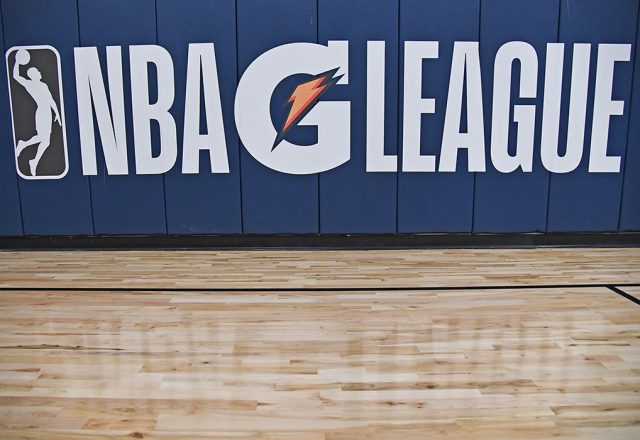 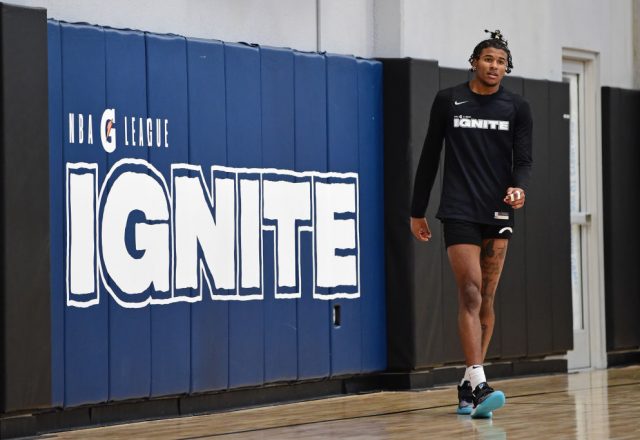