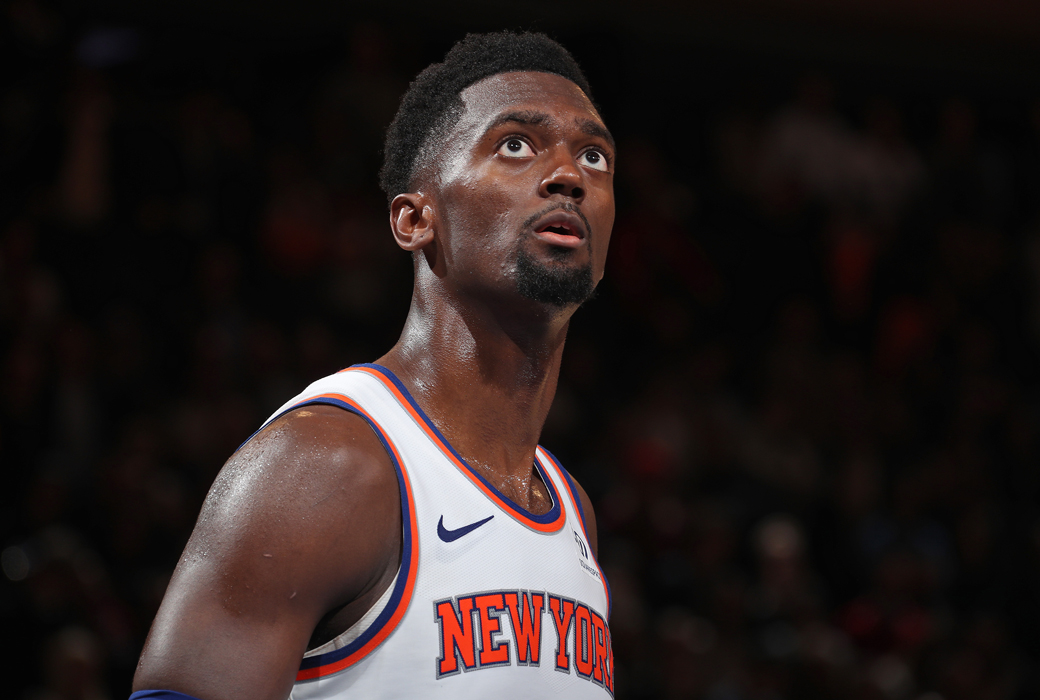 On the intersection of 10th and Barber Street in Little Rock, AR, a 10-year-old Bobby Portis was up late playing video games one night when gunshots rang out nearby. He was accustomed to the sound, but this was different.

“This time, it was like a machine gun,” Portis recalls. “It kept going and going for like four or five minutes straight.”

He ran to the window of his top-floor bedroom. From that vantage point, he could see a car wash under heavy fire about a block away. He watched the intense violence unfold, frozen in disbelief. The images are still seared in his brain more than 15 years later.

“Growing up where I’m from, obviously it’s tough,” the Knicks forward says. “I’ve witnessed almost everything. It’s a gritty, blue-collar city. You’re a product of your environment there. Being from my city, you’re not expected to make it. There’s a lot of talent from my town that doesn’t make it out.”

Portis was raised by a single mother, Tina Edwards, amid that environment. She played basketball herself, earning a scholarship to Jackson State University before getting pregnant with Bobby and retiring from the game.

Edwards worked a number of different jobs—at National Car Rental, American Airlines, a local bread company—to provide for Bobby and his three younger brothers. She’d bounce back and forth between the office and the house to check on her boys, resting little but never complaining. Despite all her efforts, financial challenges arose. The family was evicted in November of 2006 and moved around to multiple homes, with Bobby sometimes forced to sleep on the floor.

But Edwards just kept going, unrelentingly determined to make things better and help Bobby achieve his dream of reaching the NBA. She saved up enough money to buy a new house, while continuing to keep food on the table.

“I get my hard-working qualities from her,” explains Bobby. “Just being around, seeing what hard work can really do for somebody and what it can provide for others. That motivated me.”

“Each and every time when things get hard and I feel like I can’t do something, I think about my mom,” he continues. “She never said that she couldn’t do it. She just got it done. I think about those times and I buckle down and I get it done.”

In August of 2019, Portis launched his own foundation. The mission: to create programs and initiatives that aid single mothers throughout Arkansas. He returned to Little Rock this summer for a foundation weekend, hosting a basketball camp, celebrity game and several other local events and parties. Since entering the NBA, he’s made a conscious effort to be present in the community, giving speeches and popping out at his old high school.

Portis has embraced an “underdog” mentality, one that was built in Little Rock and grew based on the obstacles he faced. Walking into NBA arenas, a massive “UNDERDOG” chain often hangs from his neck. There’s a clothing line coming soon, too.

“Obviously everybody’s path is different. Some people always had it, they made it to where they are and they’re successful,” Bobby says. “Some people had to go through things and grind through things to get there. I’m kind of really thankful for my journey.”