Taking Over A New City 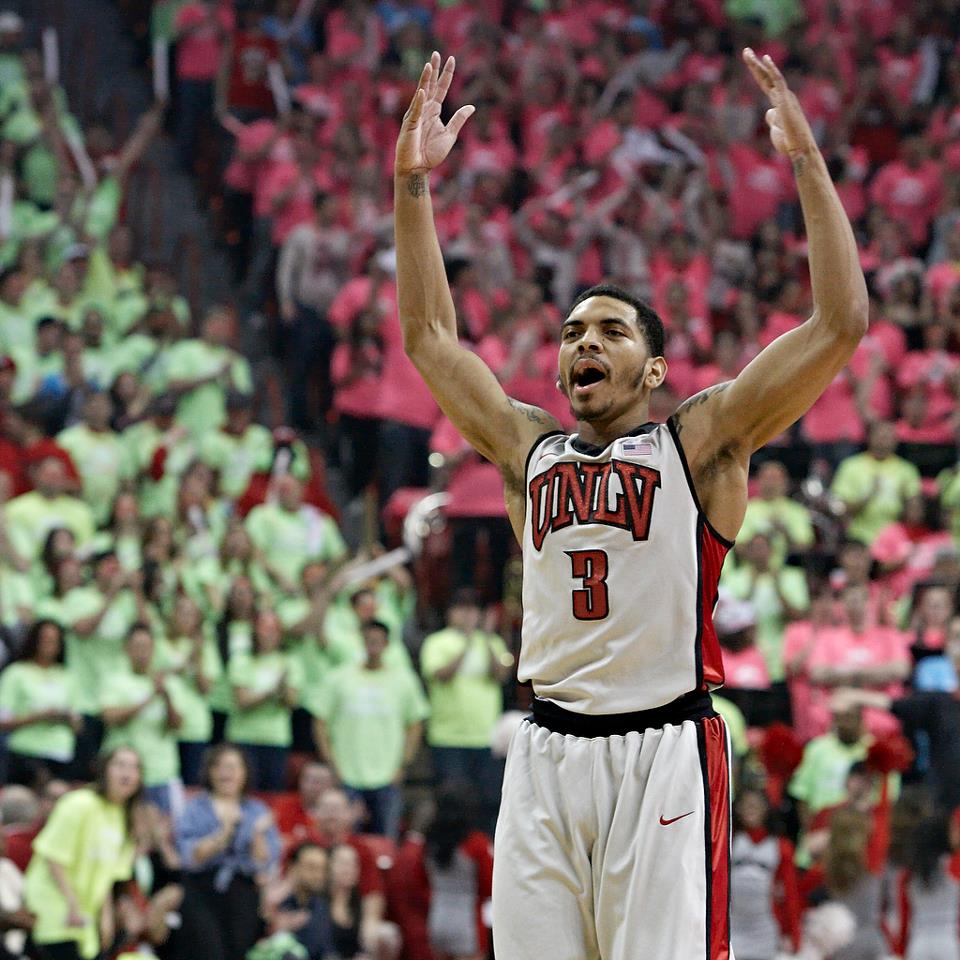 It was your typical Las Vegas Summer League game. There was 3:22 remaining in the first quarter and the Toronto Raptors were leading the Miami Heat behind Jonas Valanciunas’ ridiculous 14 points in the opening period. Chris Wright was at the line for Toronto and missed the first of two free throws after the ball rolled off the rim. But suddenly the Thomas and Mack Center crowd erupted into a frenzy. Anthony Marshall checked into the game for his first (somewhat) NBA minutes.

“As soon as he was going to the scorer’s table there was a big roar across the crowd when they knew he was checking in,” Sioux Falls Skyforce and Miami Heat summer league head coach Pat Delany says of the former UNLV point guard. “Then any time he made a play or made a shot, the fans really got into it, which was great. For a guy like that who put in a lot of time into that college and that community, it was cool that the fans recognized that.”

But Marshall isn’t your typical local product who went on to star in college. The 6-3, 200-pound point guard is something of local icon in The Strip.

“He was a big deal,” UNLV head coach Dave Rice says. “He was a local guy that was four-year starter and had great success, that did great things for our local recruiting and made people very excited about the program.”

Very few in Las Vegas refer to the long point guard by his birth name. On UNLV’s campus and across the city, Marshall has been nicknamed “The Mayor.”

“That’s something the UNLV community gave me being a local there, growing up there and the way I play on the court,” Marshall says. “They kind of just named me ‘The Mayor’ because I was one of the leaders on the team and then became one of the leaders of the city. It’s stuck and I’ve been running with it ever since.”

Marshall’s natural leadership qualities have always been striking. Those qualities excited Rice when assumed control of the UNLV program before Marshall’s junior season and they were evident from the first day he began working with Delany and his coaching staff for Summer League.

The former Running Rebel says his natural leadership comes from being the oldest of five siblings. That background played a big role in Marshall becoming a staple and cornerstone of UNLV’s program from since he arrived on campus in 2009.

Marshall played in all but one of UNLV’s contests over his four-year career, playing in 136 of 137 the Rebels’ games over that period. When there was a Running Rebels game in the Thomas and Mack, people knew Marshall was going to be there and play well. With that durability, leadership and on-court success—he averaged 11.3 points, 5.2 assists and 4.6 rebounds on 45 percent shooting in his two years under Rice—Marshall positioned himself to sneak into the second round of this past NBA Draft with a slew of strong pre-draft workouts.

Over 10 teams called Marshall’s agents to bring the all-purpose guard in for an up-close and personal look. Marshall first visited the Minnesota Timberwolves to partake in a group workout. He felt great and believed he was impressing during the pre-workout drills. But as he was about to cross the finish line in his final three-quarter-court sprint, his draft hopes came to a screeching halt.

“I was running and I heard my quad pop,” Marshall remembers. “I just eased up and starting walking. We put a lot of ice on it and did a bunch of different treatments, but there wasn’t much I could do.”

Marshall and his agents decided it would be best to shut it down during the remainder of the pre-draft workout time frame and rehab before he found his way onto a Summer League roster.

“It was devastating,” he says. “As a basketball player, that time is the time you live for, you’ve been working your whole life up to that point. I just tried to stay up in spirits and stay confident and just tried to battle back, but it was tough.”

His college coach was there to provide words of encouragement. He knew how hard Marshall had fought for his opportunity to get noticed by an NBA club.

“I just told him that good things were ahead for him because he worked very, very hard,” Rice says. “I knew he was going to get a good opportunity somewhere and he’d be able to utilize that opportunity to build his career.”

Marshall didn’t hear his name called in the Draft and ultimately joined Delany and the Heat when the team came to his hometown for Summer League. Marshall practiced with Delany’s staff for two weeks and appeared in seven games. And just in 16.6 minutes per game, Delany saw a lot of promise in the Vegas product.

“He has a good knack for when to be aggressive and when to try and get his teammates going,” Delany says. “We had a pretty successful team in Vegas, made a good run at it and Anthony was a big part of it.”

After the Heat bowed out to the Phoenix Suns in the Vegas semifinals, Marshall mulled over his decisions and declined several non-guaranteed training camp invites—including one from the Heat—to accepted a guaranteed deal with Ferro-ZNTU of the Euroleauge. The situation has provided him a starting gig at the point alongside three American teammates in Marshawn Powell, Jake O’Brien and LaRon Dendy.

“At the end, we just decided it would be best to play overseas for a year, try to make my name out here and keep NBA teams informed and take it from there,” Marshall says. Playing overseas would also be an opportunity for Marshall to continue to work on his developing jumper and ball-handling.

Marshall has done nothing but produce thus far. Through six games in the Ukraine, Marshall is averaging 18.8 points, 5.8 rebounds and 4.0 assists in 34.0 minutes per game. He’s also knocking down 36.8 percent of his attempt from downtown.

“Going into Summer League, people were questioning if I was a true point guard because my first three years at UNLV I played on the wing and then my senior year I moved to the point guard,” Marshall says. “But I feel like I’ve been doing pretty well, I score well at the point guard position and I’m just trying to keep everyone involved and keep winning games.”

Marshall has helped lead his team to a 4-2 start. But he hopes this is just the beginning of a long and prolific career. He says he’s optimistic about making an NBA roster next season.

“I believe I’m putting in the work and I think suffering that injury last year really cost me a lot and I didn’t get a chance to show people what I can do,” Marshall says. “Coming up next summer I’m gonna be in great shape and just going to go in with the right mindset, ready to work hard.”