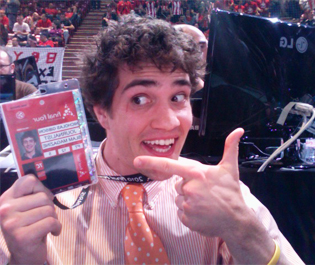 Ricky Rubio will be wearing an NBA jersey two seasons from now. Josh Childress might beat him by a year. But in all of the press conferences leading up to tonight, neither have muttered those three letters; they have some things to take care of in France first. Either Ricky’s Barcelona or Childress’ Olympiacos is 40 minutes away from a spot atop the European basketball world as the Euroleague championship tips off tonight. It should be a fun one. For any questions you may have regarding personnel, please refer to your Euroleague Player Guide.

A quick three by Kleiza from the wing. Rubio answers with a deuce. Next trip down it’s a Teodosic two. Not to be outdone, Pete Mickeal strokes one for Barcelona. So yeah, I think we might see some scoring in this one. With teams that averaged 58% shooting in a combined 42 games, I’d expect nothing less.

Kleiza should think twice before trying to dunk on Fran Vazquez. Now he’s clutching his hip. So maybe thrice.

Gianluca Basile steps inside the three-point line for the first time all season. Wait a minute, sources are telling me it may be the second time. We’ll have to go to video review. It ended well though, as Terence Morris drills it in with two hands on the baseline. Those are the types of bunnies that left him with an 82% shooting mark this year from inside the arc.

It’s 28-19 in favor of Barcelona at the end of the first. Oly/Barca combined to go 6/10 from three-ville and Barcelona didn’t turn it over once. Oly needs to step it up a bit on defense. Not their forte, but unfortunately an inescapable part of basketball games (defense, that is).

The Barcelona fútbol team walks in through the tunnel as the second gets underway and they draw one of the biggest ovations of the night. Can’t I have just one romantic weekend alone in Paris with basketball? Lionel Messi is hoop-blockin’.

Theo Papaloukas just made JC Navarro look stupid silly on the break. Vujcic picks up the loose ball and gets it going on the break, shovels it aside to Theo who inside-outs Navarro and yams all over the place. Either there’s something in the water or it’s 2006. One or the other.

Side note: aforementioned break was started by an Olympiacos steal. Their first turnover forced all night. Took them 15 minutes to do it. If you wait around for Barcelona to make mistakes, it probably won’t happen guys.

Fran Vazquez is channeling his inner-Serge Ibaka. Five blocks already and it’s not even halftime.

Ricard Rubio steals one in the backcourt and lays it in. The first pocket he picked belonged to Ramunas Siskauskas. This time Papaloukas is the victim. Legends, both. Not exactly padding his stats against Bert and Ernie.

Vazquez has his piggyback ride atop Big Sofo cut short by the whistle.

Rubio gets what was coming to him: ripped in the backcourt himself. Childress was the aggressor, Ioannis Bourousis drops it in with nobody around.

It’s 47-36 Barcelona with 21.3 seconds left until the half and here comes Pat Beverley, aka Euro-Mario West.

A Childress steal and a quarter-court heave leaves us at 47-36. Halftime.

Here comes the ‘future of European basketball’ as the All-Tournament team from this weekend’s Nike Juniors accept their awards. The PA Announcer needs to give it a rest though: “And now…and now Insep is lifting their trophy…because they are…the winners! From Paris! The locals, they will be playing for great European clubs one day. Like Olympiacos or Regal Barcelona, both of those clubs. And very many…other clubs! In Europe!” We get it, big guy.

Anyone have a Richter scale handy? Sofo sives on the floor for the loose ball, scoops it into Josh’s hands and he goes baseline for the bucket. Olymiacos cuts the lead a much more manageable 7.

Just saw an Olympiacos baby. On its (A baby can be an ‘it’ right?) ears, a pair of giant headphones. That’s what I call loving parents.

If you let him chill around the rim, his N’Dong is bound to be all up in your Boniface, Ioannis. And one. A Bonified three-point play.

Navarro hits a little running, floater-ish, hook shot thing. I want to say his ‘trademark’ move, but he shows me something different every time he leaves his feet.

Kleiza comes down on the other end and posts up Morris. Pumps, pivots, puts it in. If it has a name, Giannakis should call that play more often.

Rubio gets thing going with a rip and a lay-up on the other end. Milos Teodosic jogs a few steps behind and watches him toss it off the window. Maybe somebody should let him know this is the Euroleague Final. How about some hustle, Mr. MVP?

So I hear that kid from the Twilight movie is starring in the new Stretch Armstrong movie. Depending on how far along they are in production, Boniface should get a look. Elastic-armed block on Sofoklis. Nasty.

Just handed in my ballot for Final Four MVP. Rubio if Barcelona closes the deal, Childress if Olympiacos has a miraculous 5:09. Rubio’s had a quiet night tonight and only dished two assists, but I can’t vote for Navarro after his ice cold semifinal. It is a cumulative award after all. Also considered Pete Mickeal who has 14 tonight and had 8 in the first quarter against CSKA. He was absent for the next three periods though, so Rubio gets the hardware almost by default. My guess is my fellow media men will give it to Navarro. That just seemed like the boring move.

Even after watching nearly every game of his Atlanta career, I don’t know if I’ve ever seen him this heated. The mouth guard has saved ESPN some ‘bleeps.’

Rubio hasn’t played since I voted him as my MVP. If these other guys start piling stats, it might end up looking like a premature decision. And he has the warm-ups on. Not good for me.

The M-V-P chants are raining down on Navarro as he shoots his free throws. I wonder how Milos Teodosic feels about this one.

He probably feels worse after missing that three. We’re under a minute and an Erazem Lorbek long one makes it 86-65.

Can someone please get a picture of Ricky Rubio sitting on Fran Vazquez’s shoulders? I have a feeling we’ll be seeing that one on Euroleague.net tomorrow morning.

And a 3, and a 2, and a 1…Regal Barcelona finishes their season with an amazing record of 21-2. Now the conversation begins: is this the best team in European history? There’s certainly an argument.

PA Announcer: We are aware Barcelona won. We are aware Olympiacos lost which makes them ‘the second best team in Europe.’ Chill. Let the moment breathe for a minute.

Kleiza didn’t like the feel of that silver around his neck. Took it off instantly.

And your Final Four MVP is…Juan Carlos Navarro. So that’s a Euroleague MVP, a championship and a Final Four MVP in two years since his voluntary departure from Memphis. I doubt he has any regrets. This is Juan’s second title, but the 2003 squad belonged to the legendary Dejan Bodiroga. Now Juan’s got one all to himself. He’ll never say it, but that has to feel terrific.

Freddie Mercury to the rescue! “We Are the Champions” drowns out my good pal, the PA guy.

What a weekend. Thanks, SLAM.

Nick Gibson is the creator of Euroleague Adventures, an American blog/podcast devoted to international basketball. He’s convinced Trajan Langdon is the next Chris Mullins and still thinks the Cavs will rue the day they passed on Darko. He is taking a year off of school to travel around Europe and track Nikoloz Tskitishvili’s development which, frighteningly, is far less expensive than a semester at Syracuse University. He can be reached at freaknick@euroleagueadventures.com. 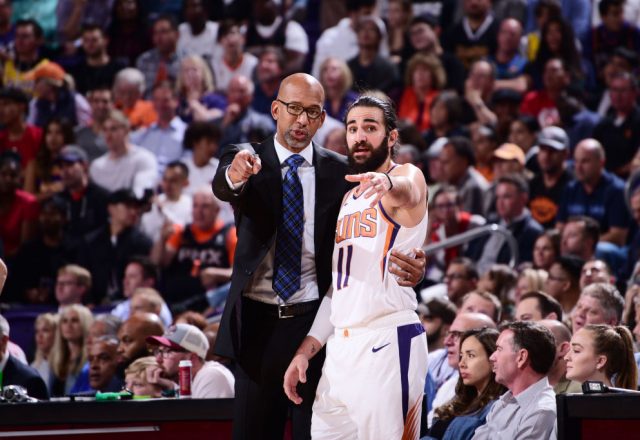 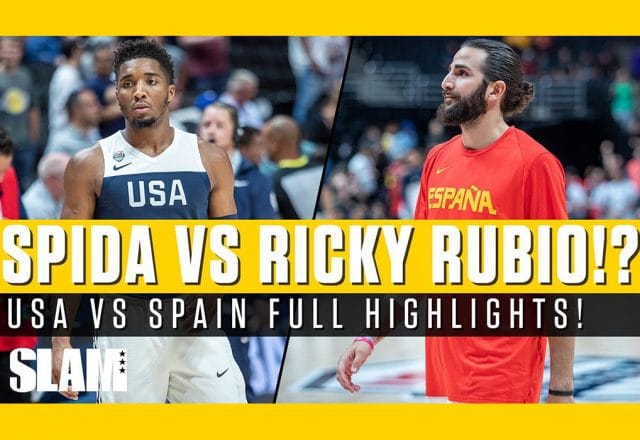 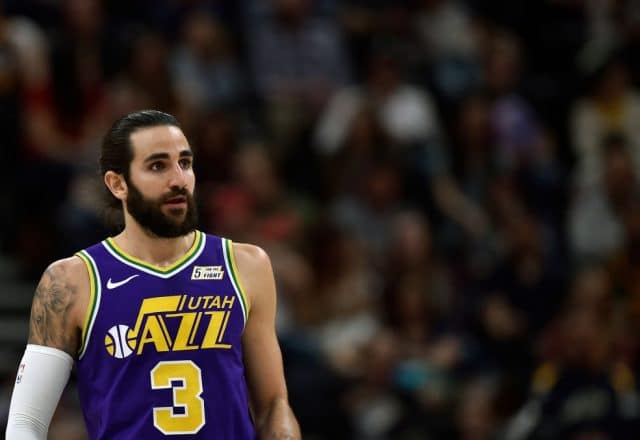