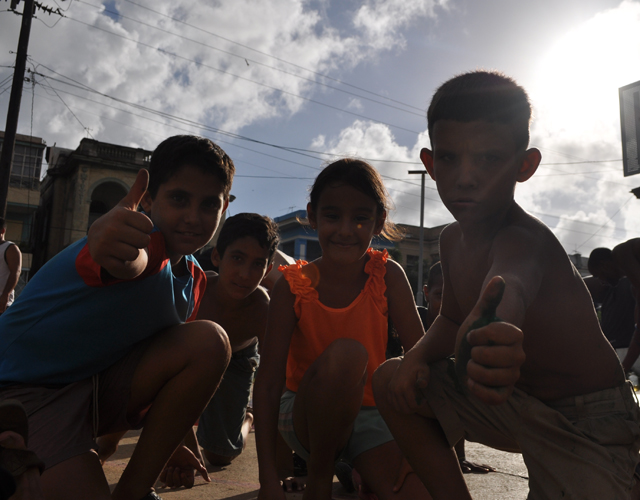 words and photos by Colin Powers

I’m the only one who doesn’t look the part. My hair’s shaggy. I’m 5-9, thin, bookish. You don’t see that on many courts outside the Pacific Northwest. Scott Hettermann, Rob Toste, Mike Evans, the rest of our squad, they’re the ones likely to get old-lady-stopped, that bemusing, unfiltered interrogation, “Oh my, do you play basketball, young man?”

As I’m waiting at customs in Jose Marti International Airport in Havana, hoping to avoid too many questions about why, exactly, we’re all coming to Cuba, waiting with a team brought together by the organization Full Court Peace, a group made up mostly of former DIII ballplayers in their late 20s and early 30s with a couple high schoolers sprinkled in—as I’m waiting next to six duffel bags carrying eight breakaway rims, 50 pairs of shoes, 100 jerseys, countless socks, a bunch of donated Washington Wizards swag, whistles and some medicine, waiting like some lost, Homeric AAU team from the late 1990s that set off for a run down in the Dominican back in ’99 and never made it home—all I’m thinking is, Couldn’t you guys be a little shorter? Rock some slim-fit linens, act a little Euro? Grab a flannel, grow the beard, smile a bit more and pass for a Canadian? This is Cuba. Shit.

In one place too long, we inevitably invite attention. A small, neatly dressed gentleman eventually approaches. He sizes everyone up. Approaches Evans, like he somehow knew that was the guy to talk to. They race back and forth in Cubanized Spanish, a tongue that comes to Mike instinctively now after spending so much time on the island. Must’ve surprised the guy. A couple laughs. A couple awkward pauses, too. We all hide our eyes like school kids hoping the teacher doesn’t call on us. Stare down at our feet, see if our phones are working.

In truth, we have nothing to hide. But we get nervous all the same. Notice sweat in weird places. I try to hear the conversation without looking, listening for a Bueno, a Bienvenido a Cuba, fearing a, “Can you open the bags, please?”

And then, it ends. Seems Evans answered well. The two shake hands. The rest of us exhale, but not so deep that we look like we got away with something. We walk quickly through the arrivals hall, the bump of music from the taxis outside already laying a rhythm.

Stepping slowlu into the late-summer humidity, the sun beats down with heaviness. We track down a ride, a Ford built in 1955 the driver tells us. Piled in after smiles and daps, the key turns and the old speakers pump. On the road, we power past fields of sugar cane, the rumble of the old engine recalling America’s days as an industrial power. It’s somehow soothing.

Full Court Peace brought us all down to Cuba. The program began with Evans in Belfast, Northern Ireland. When he arrived in 2005, Belfast was seven years out of the Good Friday Agreement, a historic peace accord that would tentatively end a war reaching back generations. Power Sharing (Executive leadership of the government is split between a Protestant First Minister and a Catholic Deputy First Minister) and disarmament slowly came into effect over the next decade, but history’s inertia and the psychological scars of war persisted. Especially in the rougher parts of the province, sectarian divisions of schools, neighborhoods, clubs, pubs and even streets reigned on. Exclusionary identities, us-against-them shit.

Evans, Hamilton College’s all-time leading three-point shooter, had moved to Northern Ireland with the idea to coach, teach, drink some pints and keep jacking threes for a little while post-graduation. One year in, the city’s strange seduction, a tempest that intoxicates equally through its remarkably kind, generous people as it does through its ghosts and shadows and pain, hooked him deep. Bound to the city, Evans returned for a second year to try something big. The idea: to put together a high school basketball team, half Catholic, half Protestant, from some of the roughest parts of the city. Full Court Peace was born.

“There was never gonna be a quick fix,” he told me. The anger, the fear, it’s almost visceral. But after a year together, of practice and games and traveling to the States, sharing rooms, meals and most importantly time, indeed, in that time and in the intimacy that is incumbent to sharing a court, to being a member of a team, the labels, the us and them, the blind hatred, it all faded away. Friendships were left, a bond made possible by the game. The clichés were proving true. The game could mean something more.

By ’09, FCP would grow, move and seek out all those places that might benefit from hoops’ lessons and ethics. From Belfast, Evans headed down to Ciudad Juarez via a partnership with Rus Bradburd’s Basketball in the Barrio Program. Starting with dribbling and shooting clinics, they are instrumentalizing basketball for the recovery of Lupita’s civic trust, for the protection of Lupita’s children from the Dantean reality of the city’s streets. To this end, an FCP court is being constructed at the moment, an improvised community center of sorts to be designated as a demilitarized zone within Juarez. Take that model block by block and you never know what might happen.

With Juarez continuing to tick on, Evans came home to Bridgeport, CT, a tragic story in our own backyard. Poverty, drugs, gangs and abandonment, a place of no-way-out desperation. To crack that wall, Evans launched Camp United this past summer. Bringing together young men from Bridgeport as well as the affluent Connecticut towns that encircle it, friendships and networks are being formed that may just offer an escape from self-destruction for the city. Former NBA All-Star and Connecticut resident Vin Baker has lent a helping hand. Slow progress is being made.

Much caricaturized and demonized in the US, the reality of Cuba doesn’t fit such easy stereotypes. The politics are long and complicated. Binaries of democracy vs dictatorship, capitalism vs communism, Castro vs the US, all of which might be comforting but happen to be untrue. There are a lot of sinners. On all sides.

As a bizarre Cold War relic the logic of which has long been forgotten, the depressing result of all the historical politicking is a United States economic embargo against Cuba that’s been running since a couple years after Bill Russell got drafted.

Through it all, Cuba has asserted an incredible vibrancy as a sporting nation. Truly, fitness and athletic achievement have been enshrined in the core of what it means to be Cuban. Though a small island nation of just over 11 million people, its culture of boxing, track and field and volleyball have set a standard for excellence and consistently made their mark at the highest levels of international competition. Olympics, World Championships, Pan-American Games, the Cubans are always heard from. And of course there are the rockstars of beisbol, the pelotero: El Duque, Aroldis Chapman, Yasiel Puig.

At one time, hoops was no different. The heyday was the 1970s. With a core led by Ruperto Herrera, Pedro Chappe, Alejandro Urgelles and Miguel Calderon, the Cubans rose to great heights. A bronze at the ’72 Summer Olympics, fourth place at the FIBA World Games in ’74, high finishes at various Pan-Am Games. Ladies ball held it down, too. Multiple-time winners of the Pan Americas and FIBA Americas Championships, they’ve just gotten through shocking the hemisphere by winning the FIBA Americas again this past September.

Flavored and inspired by revolutionary third worldism and socialism, however, sports in Cuba don’t look much like the American breed. Absent is a market that rewards its elites with exorbitant riches. Absent is the incentive of money in pursuing one’s athletic dreams, at least if one wants to realize those dreams inside Cuba. The wages of the best players on the Industriales de Habana, the Cuban National Series’ equivalent to the Yankees, differ little from the city’s municipal workers.

Simple enough, we’ve come to Cuba with Full Court Peace to revitalize streetball courts and communities across Havana, make them something to take pride in again. Coach up the kids a bit, too, without any hoopla, if possible.

For the homecourt makeovers, outreach is made to carpenters, civil engineers, artists, handymen, college kids, anyone with spare time. Word spreads and within an hour, entire communities mobilize hundreds to help, from little kids to the elderly. With remarkable speed and order, courts are paved, whole ad-hoc drainage systems laid down. We’ll see a dude shimmy his way up the pole of a basket with hammer in hand, nervously watch him navigate to the top of the backboard, balancing himself instinctively and unthinkingly, focused solely on reinforcing the backboard-pole synapse, banging away. We’ll see another two guys, the shorter sitting atop the shoulders of the taller, take a fresh breakaway rim and somehow attach it to a plywood backboard in a bond that holds firmly, resolutely, without even the slightest wobble. We’ll all paint together, laying down fresh designs unique to each neighborhood, slowed down only by the occasional head-rush of unintentional huffing.

These daily projects generally wrap up in the early evening, the paint dry just in time for when the hooping usually gets started. That first evening at each court is a big one, too, a celebration of this project we all came together for. And Cubans know how to celebrate. After a day’s work in Cojimar, a sound system will suddenly materialize. Then Mesclaje, something of a local hip-hop legend. Then a mic, which he grabs, and then his beats start jumping and he starts spitting and the crowd that’s gathered starts moving like only Cubans can, a cadence mixing African, Spanish, Latin roots. A tournament follows the fiesta, a palpable, joyous energy pulsing through the night.

From Cojimar, the same formula will be repeated in Alamar and Vedado. Courts fixed up, tournaments organized, neighborhoods hyped, some quiet clinics run for the kids. I’ll teach Shamgods because the Shamgod must go global. Toste will get ’em doing two-bounce pull-ups at the foul line extended. Mikan drills from Hettermenn. Evans is our shot doctor. With these courts, with this buzz we perhaps helped catalyze, across Habana we’ll see communities again take pride in their homes. We’ll see Americans and Cubans together.

We leave after a week that passes too soon, though Evans stays another fortnight. In our wake he’ll welcome a new Full Court Peace team, a group of women basketball players ready to take our mission to ladies’ hoops. Former WNBA player Jordan Smith leads the way. They kill it, get another three courts up and running and beautiful in their week in Habana. They ball out, too, win their tourneys and make the kinds of friends that guarantee we will all be back.

Our future is together.

Full Court Peace is a 501-3C Registered Charity. It is financed by donations. FCP hopes to launch a program in the Philippines in Summer 2014. 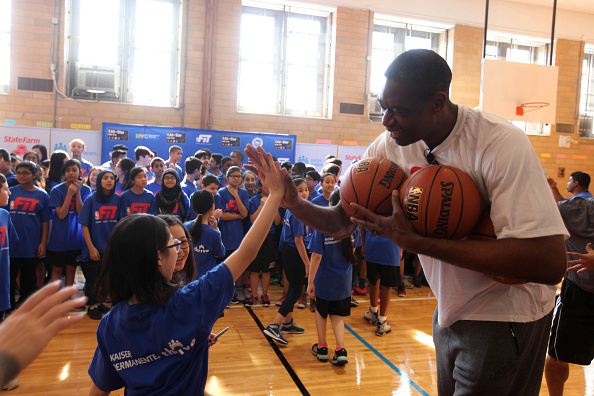 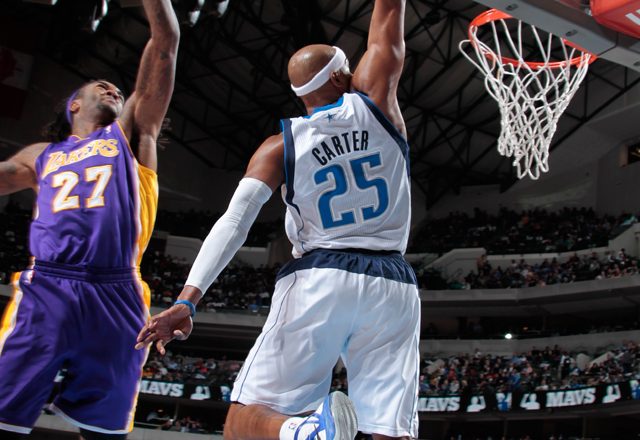 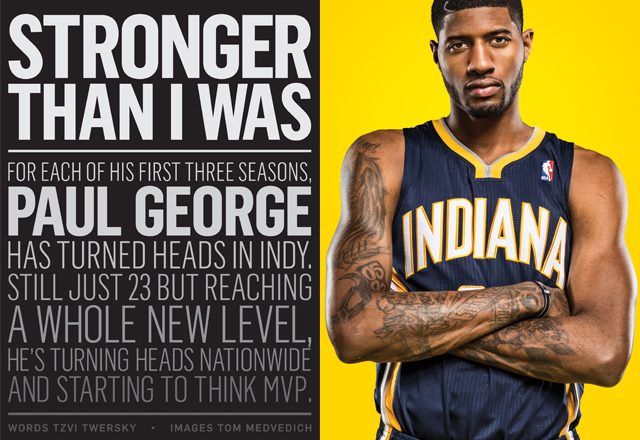 Stronger Than I Was 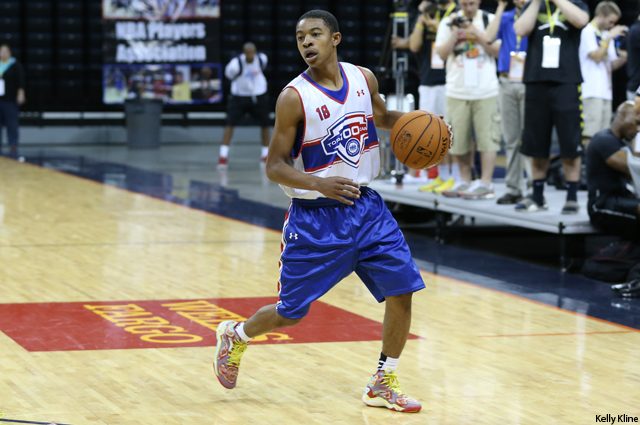 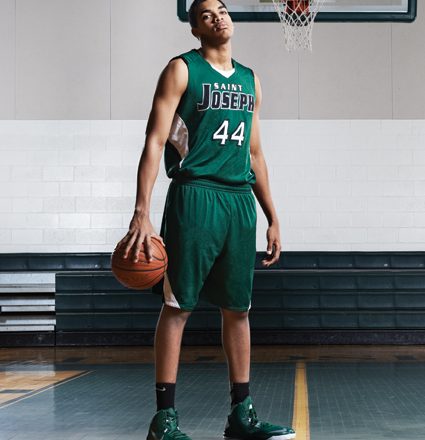 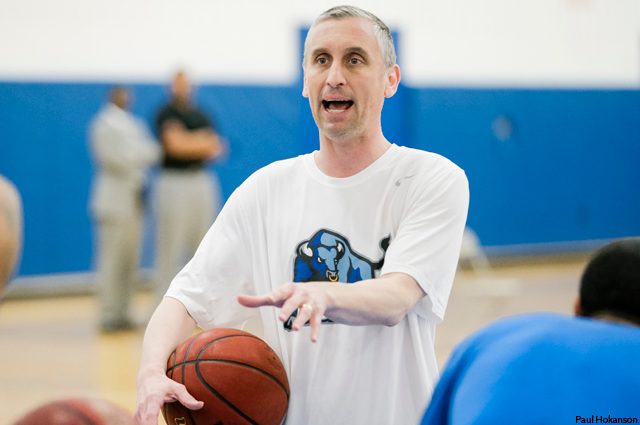