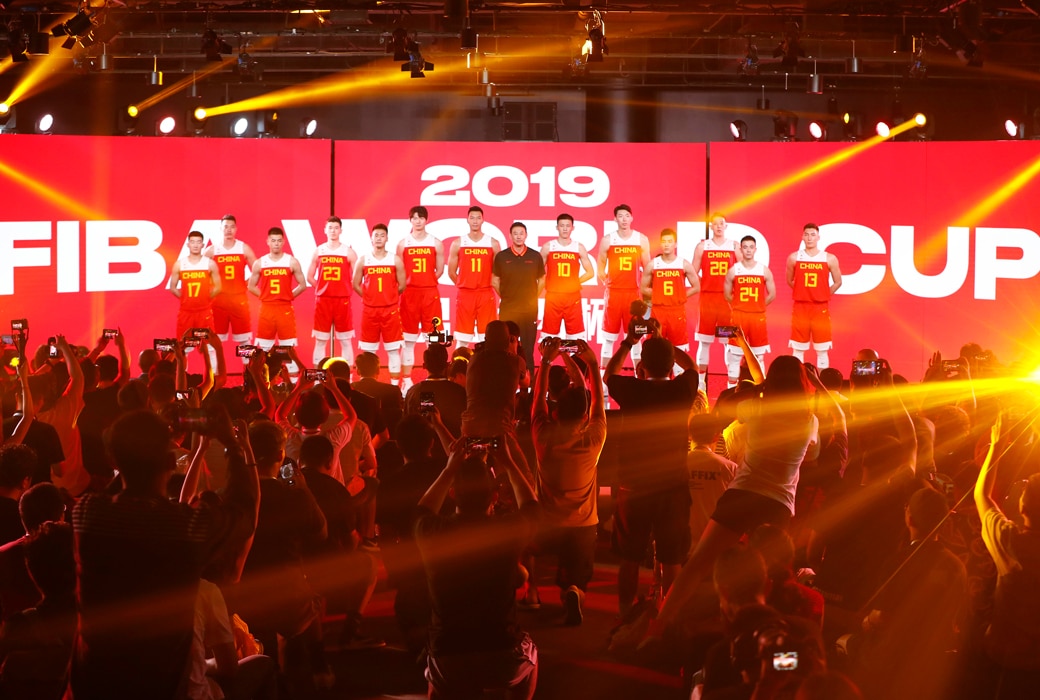 The relationship between Nike and China dates back almost 40 years. In 1981, the Swoosh signed an agreement with the China Sports Service Company to supply the Chinese men and women’s basketball teams with footwear and apparel. The partnership also provided sports apparel for clinics throughout the country. In 1996, Nike became the official apparel and footwear provider for the Chinese national team, which is still the case today.

Since then, the priority has been to begin at the grassroots level. In 1997, Nike started inviting its endorsees to mainland China for promotional tours during the offseason to host camps in an effort to connect players to a region with a population of over 1 billion. The following year, Nike became the first brand to organize the High School Basketball League with close to 130 teams throughout Beijing, Shanghai and Guangzhou.

The initiative drew popular events and activations like the “Sunday Sunset,” a Nike and Jordan-branded 3v3 tournament organized for amateur players at the historic Dongdan Sports Center in Beijing. The country also introduced the RISE Academy, a free basketball program open to young hoopers that provides professional coaching for players looking to take their game to the next level.

“Basketball is a game that represents more than sports but street culture,” Angela Dong, Vice President and General Manager of Nike China, says. “I think that gives our youth an opportunity to follow their own dreams through the power of the sport, and also realize a freedom spirit through the court and communities.”

Dong remembers the early days of basketball in China and has been present throughout the last three decades to see the growth of hoops.

“It almost feels like something from a very humble start that transformed to what it is today,” she says. “[We are] one of the leading countries globally in terms of sports participation not only just at the pro or elite athlete level, but grassroots and communities as well as charities. … We want to touch everyone that has a body. Sports are no longer just for the elite.”

Five years ago, the Yao Foundation and Hope School Basketball Program joined together to provide playing opportunities for over 300,000 children in China’s most remote areas. The Nike Social Community Impact group also leads initiatives created to inspire the joy of play, particularly working with the Chinese Ministry of Education to equip coaches with the tools needed to instruct kids on the game’s fundamentals.

With the 18th edition of the World Cup set to take place in China for the first time ever, Nike and FIBA hosted local and international media for the official uniform and footwear unveiling at the Phoenix Center in Beijing last week.

Hall of Famers Scottie Pippen and Jason Kidd also made special guest appearances to talk about how hoops in China has expanded since they first visited the country in the early ‘90s.

“You’ve seen a lot of effort that’s been put into the game, whether it’s outdoor basketball courts or the impact that Nike has came out with to implement different programs,” Pippen, a six-time NBA champion, said. “To see the grassroots of the game, the NBA spending more time in China to educate them and align all these different players to do camps like Basketball Without Borders and things of that nature … to get people to grow the game and get excited about the game.”

“They are diehards and know your stats better than you know them,” Kidd added. “They love the game of basketball and you as a player … and that’s what makes them special. You’ve never seen anything like it.”

The World Cup, which is from Aug. 31 to Sept. 15, will be played throughout eight cities (Beijing, Shanghai, Shenzhen, Wuhan, Dongguan, Foshan, Nanjing and Guangzhou) over 16 days. The feat marks another milestone for Nike as they continue to help grow the game and its audience globally.

The Chinese national team debuted its new on-court threads that will be worn as they begin their quest to win a gold model. Designed by Josh Iverson, Senior Graphic Designer for Nike Basketball, the jersey features a lightweight, breathable design of 100 percent recycled alpha yarn and a two-tone color scheme of crimson red and white to honor the country’s flag.

The color blocking draws inspiration from the Pareto Principle, an 80-20 concept developed by Italian philosopher Vilfredo Frederico Damaso Pareto in 1848, which signifies that 80 percent of an effect can be traced to 20 percent of the causes. Only China and the USA will don these jerseys during the tournament.

Nike also debuted its latest silhouette, the AlphaDunk, which features a Zoom Air unit that covers the forefoot, the largest ever on a basketball sneaker. Jordan Brand also unveiled four FIBA-inspired sneakers—the Jumpman Diamond, AJXXXIII SE, AJIV and AJXII—that are set to release in the coming weeks.

“China, in particular, is the tip of the spear when it comes to international growth for us,” Jordan Brand President Craig Williams says. “We’ve seen continued momentum and enthusiasm about the brand in just about every market that we’ve been in.”

Back in 2017, Jordan Brand signed Guo Ailun, who became the first Chinese Basketball Association player to join the Jumpman family. Ailun, a member of the Chinese national team and a fan favorite, is set to be the first international athlete to have his own Jordan signature sneaker.

“He has an insatiable appetite for wanting to be the best,” Williams says. “Those are hallmarks for the Jordan Brand that MJ started himself. We see that in this player that has been fantastic for the Chinese national team. I think those are attributes that continue to spark interest and curiosity with consumers here in China.”

The brand’s Wings program, an educational pipeline that aims to support access to academics and mentorship, has a strong base in the country, too. To date, Wings has reached over 1,500 youth in 18 provinces, including two primary schools in Beijing and Guangzhou. The scholarship program has covered full tuition fees for more than 1,000 HS students.

Later this year, Nike will introduce Mini Basketball, a concept to provide child-sized equipment and further physical education teacher training with a goal to fund 1,000 schools across China by 2022, and RISE Academy 2.0, an online platform built upon the RISE concept and principles.

“2019 is an important year for us and basketball in China,” Dong says. “We certainly believe that China has the potential to be one of the biggest markets for basketball globally.”