On Life, Death and Basketball 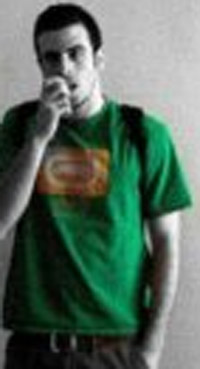 Whenever I’m dealing with real life issues — both Muggsy and Manute-sized ones — I take the problem and a Spalding to a gym. Thoughts swirling in mind, ball kissing hardwood, I usually feel a little better before I even break a sweat. By the time I’m finished shooting, minimally I’ve found solace in the routine, and sometimes I’ve even worked my way through my struggles. You could say the court is my sanctuary; the court is my shrink.

This past Tuesday Itay Levy passed away. He was 24. I’ve spent countless hours in my 94X50 asylum since the news leaked.

A professional player in Israel’s Second League and a former student-athlete at Slippery Rock University, this past Tuesday Levy was, according to friends, performing light shooting drills with his Maccabi Be’er Ya’akov teammates when he suddenly collapsed. The native of Rishon Le Zion, Israel, rose to his feet, expressed some confusion, before collapsing for a second and final time. Levy was gone before help could arrive.

A good all-around player with a pretty shot and unending range, Levy was, by all accounts, an even better person—and he was only getting better, at ball and life.

Whenever a young person dies, it’s a tragedy. When that person was healthy and passes unexpectedly while doing something they love—something you love—that tragedy hits a little closer to home.

This one caught me so off guard and hit so hard that my house is still shaking. I can only imagine how my boy, who was so, so tight with Levy, feels.

After a quick search online, I found that a lot of other people—outside of my circle—were shook by Itay’s passing as well.

So tonight I was in the Middle of practice and I was told my teammate from last season 09-10 has passed away during practice. It really hurts my heart to know someone do the same thing that I do for a living die doing what he loved.

ITAY LEVY you will not be forgotten bro

Ramon’s pain over Itay Levy’s passing will ease over time; that’s just the way of the world. My pain will dissipate over time as well. My friend’s, hopefully, will too. But no matter how far removed we are from January 4th, 2011, his name will never be forgotten.

It’ll always be a game, a heartbeat and a long-range jump-shot away.