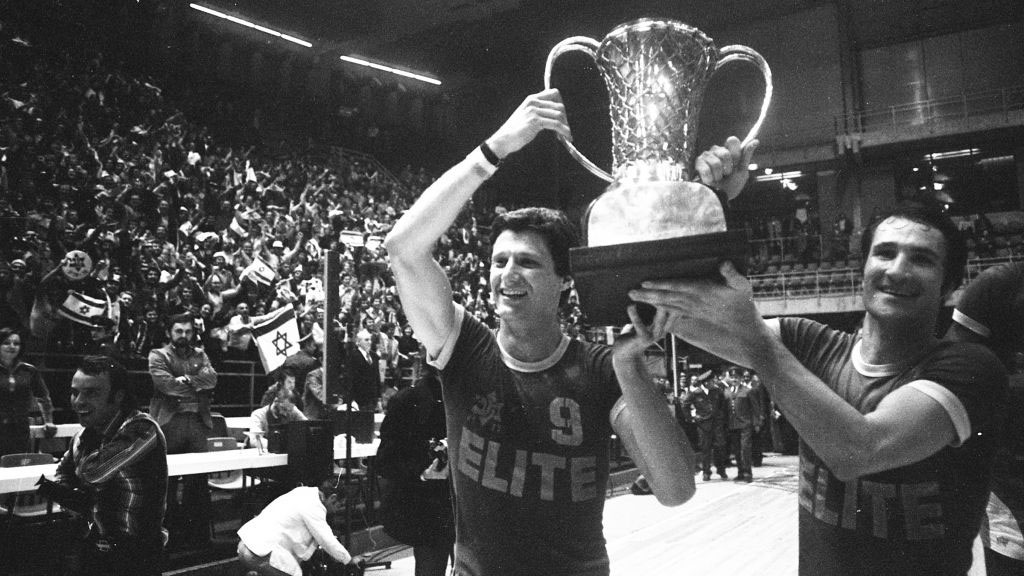 “This is our version of the Miracle on Ice, but we’d argue even bigger and more important,” the Israeli screenwriter and filmmaker Dani Menkin said during a recent phone conversation. He was talking about the subject of his latest movie, On The Map, a documentary about the 1977 Maccabi Tel Aviv basketball team that knocked off Soviet Union powerhouse CKSA in EuroCup semifinals and went on to win the 1977 EuroCup.

On The Map, which is playing in select theaters throughout the country (you can see the list of screenings here) tells the story of that championship team, but to understand Menkin’s claim a quick (bias- and politics-free, don’t worry) history lesson is needed.

Israel was established as a Jewish state in 1948, three years after Adolph Hitler’s death. That declaration led to a war between Israel and its surrounding neighbors, a war which continued intermittently for the next 30 years. There was the Suez Crisis in 1956, and 11 years later the Six Day War.

Then in 1972 the world watched as 11 Israeli athletes were murdered at the Munich Olympics by a group of Palestinian terrorists. Just one year later, Egypt and Syria joined forces to attack Israel from the north and south. The raid began on Yom Kippur, the holiest day on the Jewish calendar—it caught Israel by surprise. Israel was able to hold its borders but more than 2,500 soldiers were killed in action. The country had just 3.3 million citizens at the time. The war, coupled with the Munich Massacre, affected every one of them. It left Israeli’s feeling weak and vulnerable.

Those clouds were still in the sky when Maccabi Tel Aviv kicked off its 1976-77 season. No Israeli basketball team had ever done anything of note on the international basketball stage before, but this time around Maccabi Tel Aviv had put together the greatest collection of talent the country had ever seen.

The star of that group was Tal Brody, a New Jersey native who had been an All-American for the University of Illinois. Brody was selected 12th overall by the Washington Bullets in the 1965 Draft. That August, though, he traveled to Israel to partake in the country’s Maccabiah Games. He fell in love with the country and in 1966 made it his home.

Fast forward to 1977. Brody had earned the moniker of Israel’s Mr. Basketball and now Maccabi Tel Aviv was set to take on CSKA in the semifinals of the EuroCup. Political winds were swirling around the game. The United States and Soviet Union were engaged in the Cold War, and the Soviet Union was aligned with Israel’s Arab neighbors. Moscow didn’t recognize Israel’s right to exist. CSKA refused to travel to Israel for the game. Instead the two teams met up in a tiny gym in the small Belgium town of Virton. Israel, behind Brody and the hot shooting of another American turned Israeli citizen, Jim Boatwright, knocked off the Soviets 91-79.

The streets of Israel broke out in celebration. Brody afterward was asked about the win.

“We are on the map!” Brody exclaimed in Hebrew. “And we are staying on the map–not only in sports, but in everything.”

Why did the win mean so much to Brody?

“It was such a critical period in the history of the country,” Brody said to SLAM recently. “After the tragedy of the Munich Olympics and the losses of the Yom Kippur War, defeating the Soviet Union and going on to win the European Championship had such a impact and influence on the culture, education, spirit and confidence of the whole country.

“This story shows a face of Israel that nobody knows about, and the story of a team that achieved so much against all odds and conditions.”

Menkin was one of the Israeli children celebrating the victory back in 1977. He said he remembers his father thrusting him onto his shoulders and bringing him out into Tel Aviv’s municipality square. He couldn’t believe that a documentary about this game, and the team, had never been produced before.

“Anyone who believes that sports are often more than just games, this movie is for them,” Menkin said. “It’s a story everyone should know. For us, it was like the equivalent of the first man walking on the moon.”

Menkin spent hours conducting research for the film. He dug up old clips and tracked down members of the team. He also interviewed former NBA commissioner David Stern, as well as Hall of Famer Bill Walton, who played alongside Brody on for Team USA at the 1970 FIBA World Championship.

“When Walton heard that we were doing this movie that featured Tal, he asked to be a part of it,” Menkin said. “He and Tal were roommates on that team and he considered him an older brother. He knew the whole story of the team.”

Walton’s thoughts add color and help bring the story to life. But the true star was, and still is, Brody.

“For four decades I’ve been reminded of this legendary season wherever I went in Israel,” he said. “Those who watched the game on TV passed down the memory of the game to their children and grandchildren.”

The hope from him and Menkin is that On the Map shares this story with thousands more. 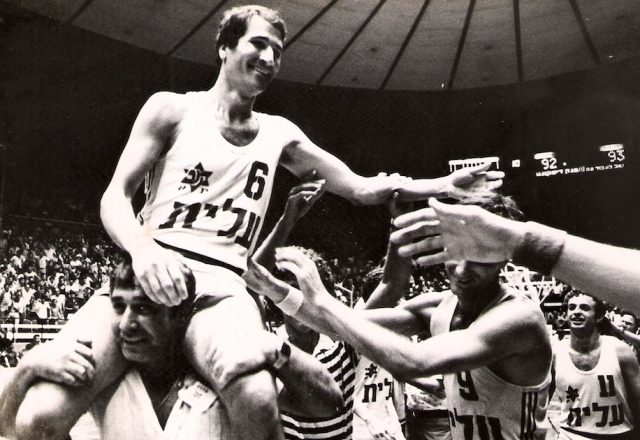 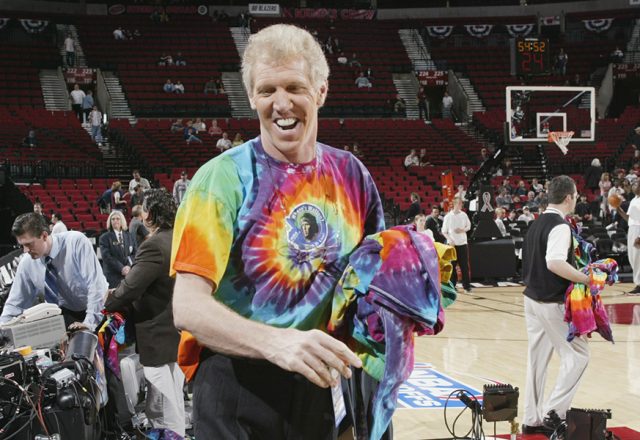 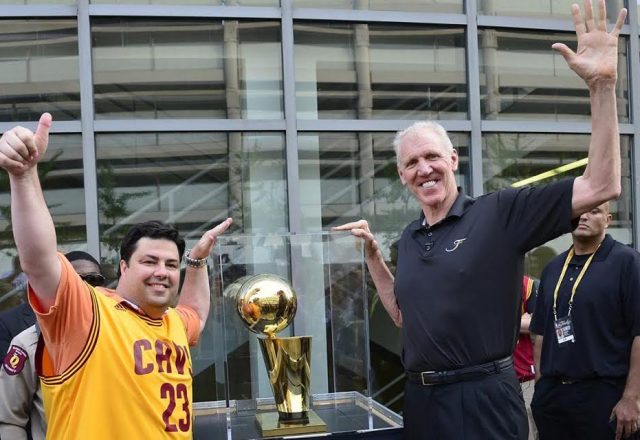 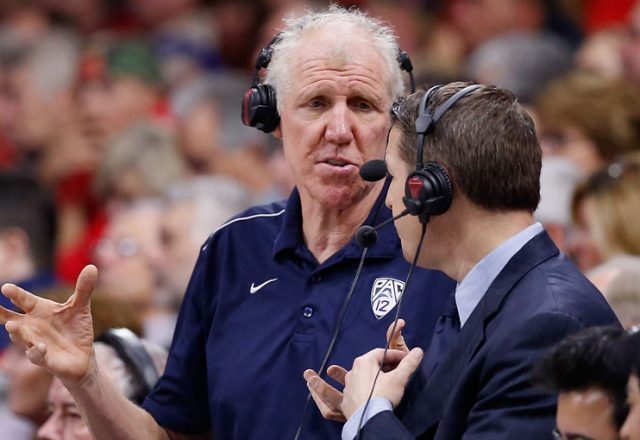 Bill Walton Goes On Rant About Marijuana During Broadcast (VIDEO) 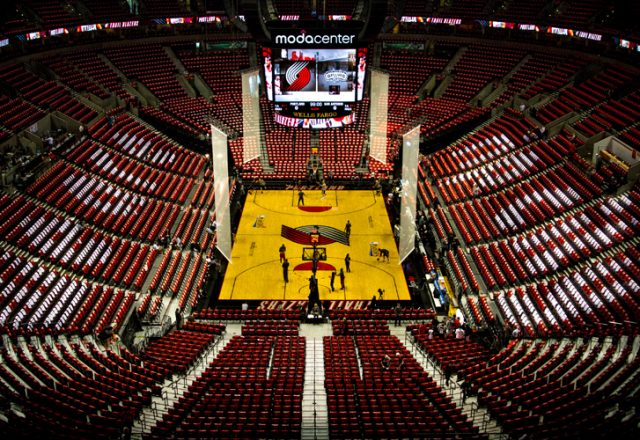 Bill Walton Wishes He Could Have Helped Junior Seau Before Suicide