Shooting Photos, Not the Rock 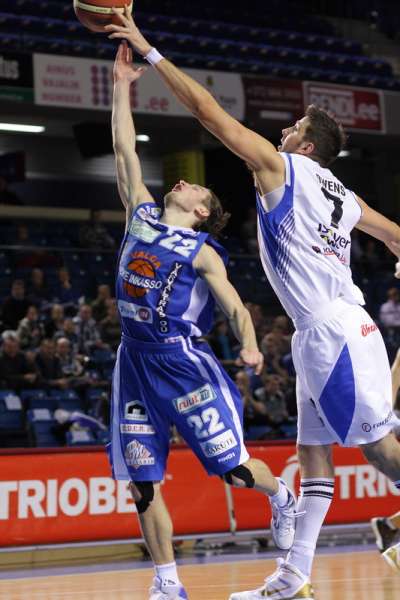 This week I participated in my first Estonian photo shoot.  I wrote an article for a publication here, which needed a face to put along with the writing.  Fairly excited to throw down some “Blue Steel” on the camera, I agreed.  Shortly thereafter, I received an email from the photographer telling me to be prepared for some light-hearted hijinks the following morning.  I was guessing since they wanted to play the funny angle, I should be prepared for anything.  Given that I wrote about packing a pair of sandals during my trip to Estonia, I was told to bring them to the shoot.

That night I ate a healthy meal, drank plenty of water and attempted to get to bed early, so I would have a healthy glow come morning.  I also loaded up on push ups and sit ups so my body would look good just in case they asked me to go shirtless…you know, typical model stuff.

Unfortunately, that night was my worst night of sleep since I arrived.  I was awoken at 6:45am to the arguing of an Estonian couple in the apartment next to mine.  I tried to ignore it and go back to sleep, however every ten minutes or so the arguing ensued.  By 10:00am when my alarm went off I was exhausted.

I sauntered out of bed, jumped in the shower, and was on my way to the photo shoot.  When I arrived I was met by the photographer.  She informed me that we would be taking pictures in a snow covered field, just a few meters away.  I was expecting her to pull out some ridiculous outfit for me to wear.  Fortunately, I was told the clothing I currently had on would do.

Dressed to the nines in my finest sweatpants and sweatshirt we proceeded to the field.  I noticed walking up to this snowy meadow that we were in uncharted territory.  Neither human nor animal had ventured through this field in months.  I was soon about to find out why.  My first pose was going to be lying on the ground making a “snow angel”.  I took my first step onto this snowy terrain and immediately felt unstable.  I could feel the 3 feet of packed snow beneath me struggling to support my weight.

I believe it was my third step that sent me plummeting through the snow.  My left leg was now submerged deep into the white abyss.  In an attempt to quickly recover, I jerked my left leg out causing my right leg to suffer the same fate.  As you can imagine this sequence repeated itself several times until I reached the targeted area for my snow angel.

As I prepared to drop into the snow, I began to think about the trust building exercise I participated in when I was younger, in which I fell back into a group of peers whom I trusted to catch me.  Unfortunately, the snow had warranted no such faith.  Not surprisingly, my snow angel was about a foot and a half deep in the snow.

Finally done with that part of the photo shoot, we moved on.  (By the way, I was lying in the snow, soaking wet and freezing cold, with two boots filled to the brims with snow…You can imagine how those photos came out.  I have to imagine, as well, since I have yet to see them.  Maybe they were great.)  As I swam my way back through the snow I was thankful I could finally go warm my nearly frostbitten toes.  That’s when I looked in my bag and saw those sandals staring me down.  And I was not the only one.

It was then that the photographer asked me to slip them on for a few more pictures.  As happy as I was to remove the six inches of snow that had accumulated in my boots, the sub zero temperatures made sandal wearing extremely uncomfortable.  I knew what was coming next.

If the one episode of America’s Next Top Model I had watched taught me anything, it’s to be as sexy as I can despite how I feel.  So I slipped those bad boys on, hiked back through the snow and posed my ass off.

Overall this was a fun experience.  I know most photo shoots take place indoors.  But why would I want to sit in a comfortable studio, with people catering to my every need?  That’s not modeling people.  Despite the crazy circumstances of my photo session, I thought the photographer did a great job.  I am excited to see how the photos turn out.  And if they suck, I am blaming it on the snow.

Kevin Owens is a veteran of overseas professional basketball who currently plays for Kalev/Cramo in Tallinn, Estonia. Owens also writes for Waiting For Godunk and Hugging Harold Reynolds. You can also catch him on Twitter @Waiting4Godunk. 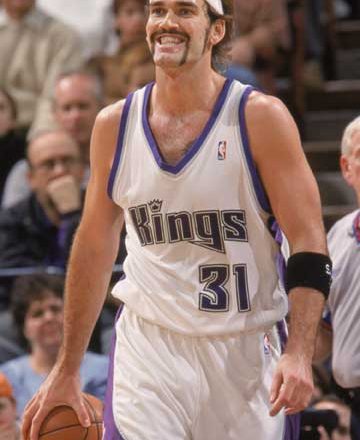 Grow Your ‘Mo’ For Charity in Movember 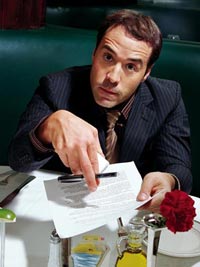 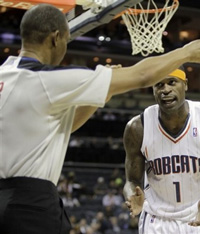