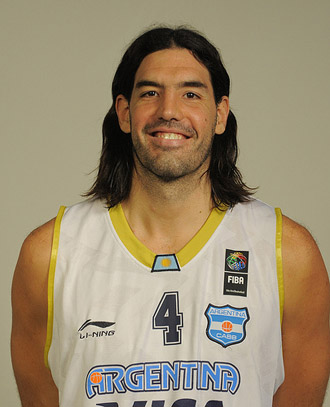 Day Two of the World Basketball Championship saw the USA beat down on Slovenia, but unfortunately for me I missed that part of the day. I did, however, catch four games in the afternoon and here are some of the noteworthy aspects of the games that I got a chance to see on the phenomenal ESPN3.com.

– Greece vs Puerto Rico was an excellent matchup even without the injured Carlos Arroyo. Greece shot a ton of three pointers in the first half and was more than content doing so. They moved the ball well but had trouble dribble penetrating because they weren’t as quick as PR.

– For Greece, veterans Vasileos Spanoulis and Dimitris Diamantidis controlled the game. Spanoulis hit timely three pointers, squiggled into the lane and finished tough shots and knocked down 8-9 at the line to finish with 28 hard earned points on the day. Diamantidis hit tough shots in the lane and made brilliant passes all day.

– Puerto Rico really picked up the slack in the absence of their star Carlos Arroyo. Jose Juan Barea (20 points, 5 assists, 4 boards and 4 TO’s) was fantastic creating instant offense and penetrating Greece defense seemingly at will although he did force the issue at times. 7-4 big man Pete Ramos played huge in the lane against a depleted (suspended) Greece frontline. He altered and blocked shots on defense, passed well out of the paint and used both his nimbleness and power on the inside to the tune of 16 points, 8 rebounds and 3 assists. Small forward Nathan Peavy had easily the play of the game when he drove baseline on the left side and threw it down with both hands over two Greek defenders.

– Puerto Rico ended up edging Greece in the end but the shaky refereeing came into play and somewhat decided the outcome. After driving baseline late in the fourth quarter and losing the ball Peavy got in a scrum under the with center Ioannis Bourousis, who decided to throw his arm around Peavy’s head and hault his motion. No foul was called and a second later the Puerto Rican coach got T’d up (I can’t blame him) and Greece extended their lead to 4 and had control of the game with a few minutes to play. There was excellent effort by both teams but the refs really missed one today.

– In the first five minutes and eight seconds of action in Turkey vs Russia the only thing that either team did was jack up three pointers. It was working though as the score was tied at nine a piece in this time frame. Ersan Ilyasova (10 points) knocked down some threes, had chances around the rim and even brought the ball up at times for his team. Former Kansas center Sasha Kaun played well for his Russian squad, scoring efficiently (5-7 for 13 points) by running the floor with great effort, playing strongly and steadily around the rim and using upfakes to deceive defenders before finishing in traffic.

A coast to coast drive by Kerem Tunceri (5 points, 4 boards, 4 assists and 3 steals) put Turkey up 48-37 heading into the 4th quarter. From there on, Hedo Turkoglu (14 points, 3 assists) put on a show to close out the Russians with superb hustle and his range from deep to give his team a 65-56 victory and improve to 2-0 in pool play.

Argentina’s Luis Scola (31 points and 9 boards) got T’d up rather quickly after he attempted to take a charge near the hoop and got called for a foul against Australia. After the tech, Scola injected life into his team by going on a mini run of his own, making the game competitive at 53-49 after a mini run. They stayed within 4 at 56-52 heading into the 4th and then came Ingles, pushing the lead back to 7 on a 3-pointer. Argentina wouldn’t go away, though as they fought back to take the lead for the first time in the second half with an 8-0 run to make the game 60-59. They didn’t stop there, as they pushed to take their largest lead to 65-59 after a Carlos Delfino turnaround and a Leonardo Gutierrez (17 points ) trey from the wing with 4 minutes left.

Sensing the moment, Australia stepped their game up again and went on their own 6-0 run to tie the game with two minutes to go. Argentina took a three point lead at 69-66 with one minute to go and then Patty Mills (21 points and five assists) tied it up with a trey of his own. Point guard Pablo Prigioni (9 points and 5 assists) on Argentina knocked in the go-ahead three for Argentina which turned out to be the difference in this hotly contested affair. Thanks to a terrible inbounds play by Argentina with 3.5 seconds remaining though, Australia had a final chance down 74-72 but they missed a great opportunity to steal the game as their last second three pointer from the corner rimmed out at the buzzer.

– If the USA has built their team around Kevin Durant then Argentina built theirs around their own star, Luis Scola. The power forward is a pleasure to watch during these games because he is featured on this team and shows off his full abilities more consistently. He runs the floor amazingly, passes out of the high post to the right players, knocks down mid-range shots, crashes the boards and shows the kind of passion for winning that these games are all about.

–  Joe Ingles (22 points, 4 boards) led his team and made big play after big play. He provided timely outside shooting as well as intensity on defense and grittiness around the hoop.

– Leandro Barbosa (21 points, 6 boards, 4 steals) and Tiago Splitter (16 points, 4 boards) helped to show why Brazil shouldn’t be taken lightly, albeit against inferior Tunisia. Barbosa did his usual knife-through the defense driving and knocking down treys while Splitter used his length and touch with both hands around the rim to score with ease. This was the closest game in Group B thus far and it finished 80-65 in Brazil’s favor. 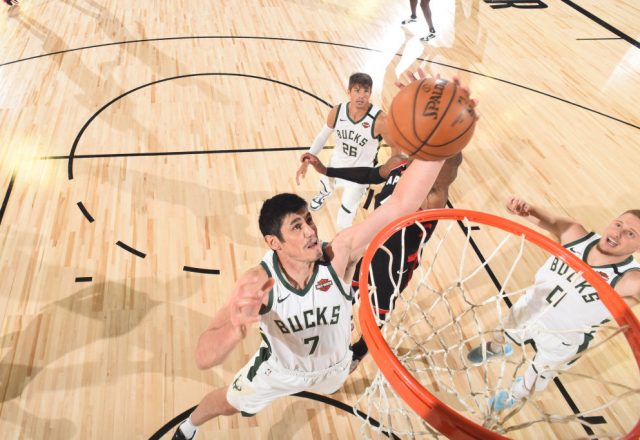