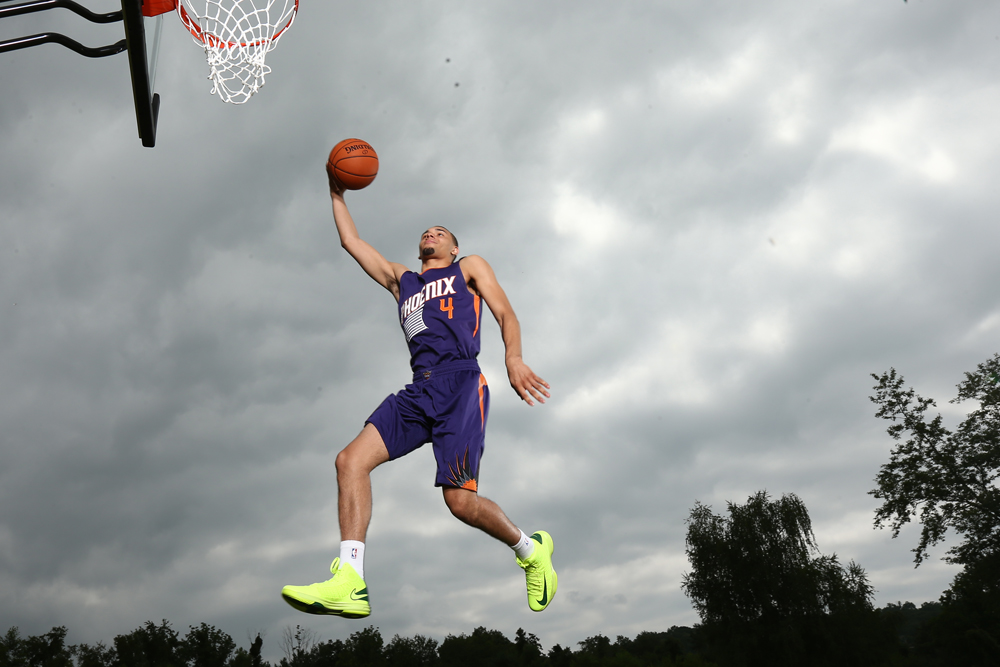 Sunday, the NBA’s next generation of stars convened at the Knicks Training Facility in Westchester, New York for the annual Rookie Photo Shoot. As always, there were jokes, dunks and yes, photos. But you know we’re always on the lookout for the best kicks in the house, too. And this year, there was some stiff competition.

Beyond the typical mix of new Nike or adidas and retro Jordan sneakers were a few other sneaker storylines—like Hawks rookie Adreian Payne cluing us in on his new deal with K1X and Grizzlies rookie Jarnell Stokes wearing a pair of beat-up running shoes because “I left my basketball shoes at the hotel.” Lucky for Stokes, it was a good choice, since the rooks spent most of the day on their feet, doing interviews and posing for flicks.

No. 3 pick Joel Embiid didn’t make the list because, well, he was only wearing one shoe. Scroll through the gallery above to see a selection of our favorite sneakers from the day-long Rookie Photo Shoot, and let us know which were your favorites in the comments section below!

All photos via Getty Images