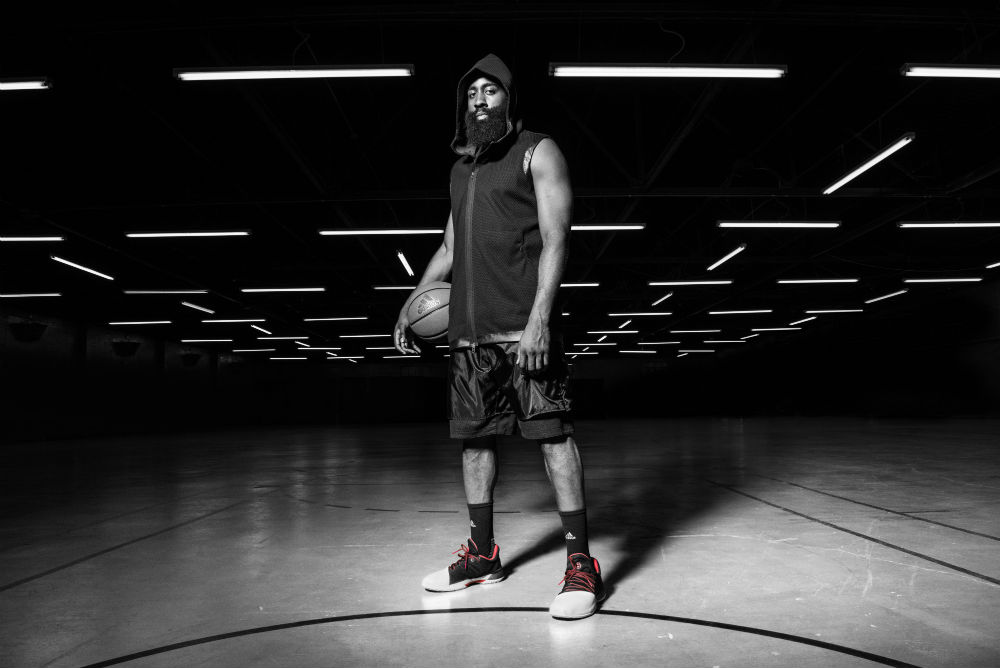 When James Harden signed with adidas last year, he and the Three Stripes immediately got to work on a signature sneaker. Harden’s game, style and personality are all unique to him, which is what both sides were looking to translate to his sneaker.

“This was my first time creating a shoe from the ground up,” Harden said, via press release. “With adidas, we wanted to stand for something different, be true to who we are and that’s how we separate ourselves. It’s built for how I play and you’ll see my style, different moods, the little details and stories that represent who I am. People always ask me, ‘How are you different?’ It’s hard to explain how you’re different but the shoe explains it for me.”

The shoe itself features adidas’ BOOST technology for maximum cushioning, a premium toe shroud that creates comfort and protection, unstitched design for natural movement and on-court durability, asymmetrical lacing and a mix of mesh and knit materials.

Adidas even analyzed the stress patterns on Harden’s feet while he plays and built unique data driven sub-structures, creating a traction pattern specifically tuned for his change of pace gameplay.

The first Harden Vol. 1 colorway to drop will be the “Pioneer.” It celebrates the Beard’s second California state high school championship that he won in 2007. Its black, red and white makeup pays homage to his Artesia High School jersey.

Harden will also be getting a clothing line from adidas that will be available this fall.

Check out pictures of the “Pioneer,” Harden wearing his apparel and the next three Vol. 1 colorways up top.