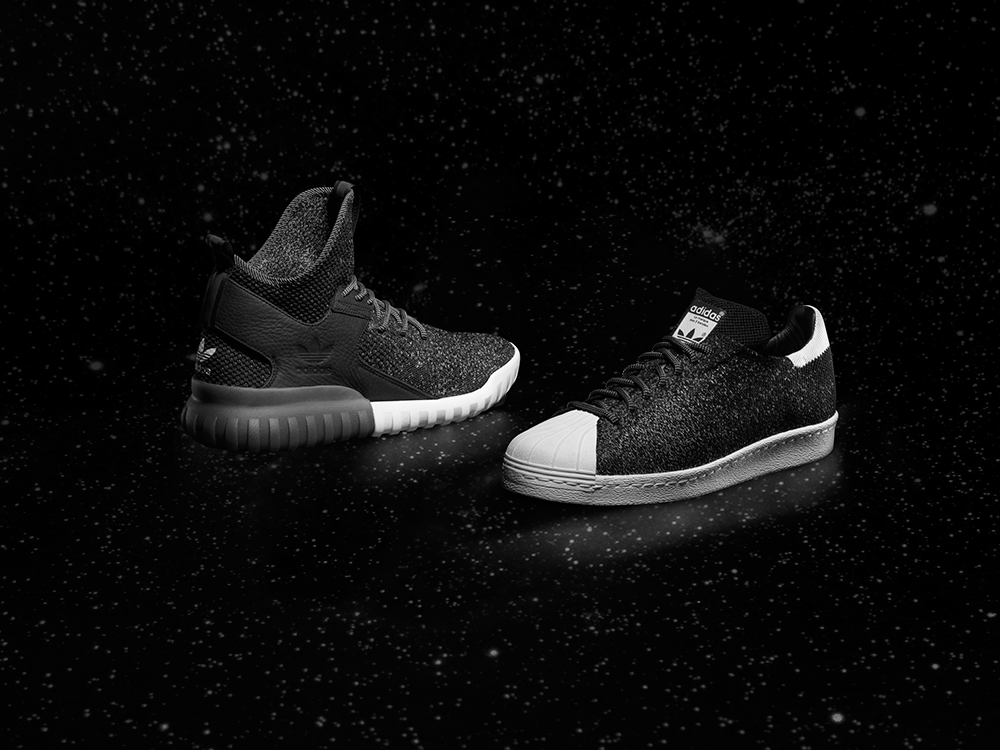 The adidas Tubular X and the adidas Superstar silhouettes are releasing with Primeknit and glow-in-the-dark finishing. In keeping with the rest of adidas’ All-Star Weekend releases, the glow-in-the-dark technology is making an appearance in the Primeknit upper, an industry first.

The pack is inspired by the Canadian starry night that glows within the Aurora Borealis creating a majestic viewing experience across North America.

The Tubular X will retail for $180 and the Superstar will go for $130. Both sneakers drop on February 13 at adidas.com.