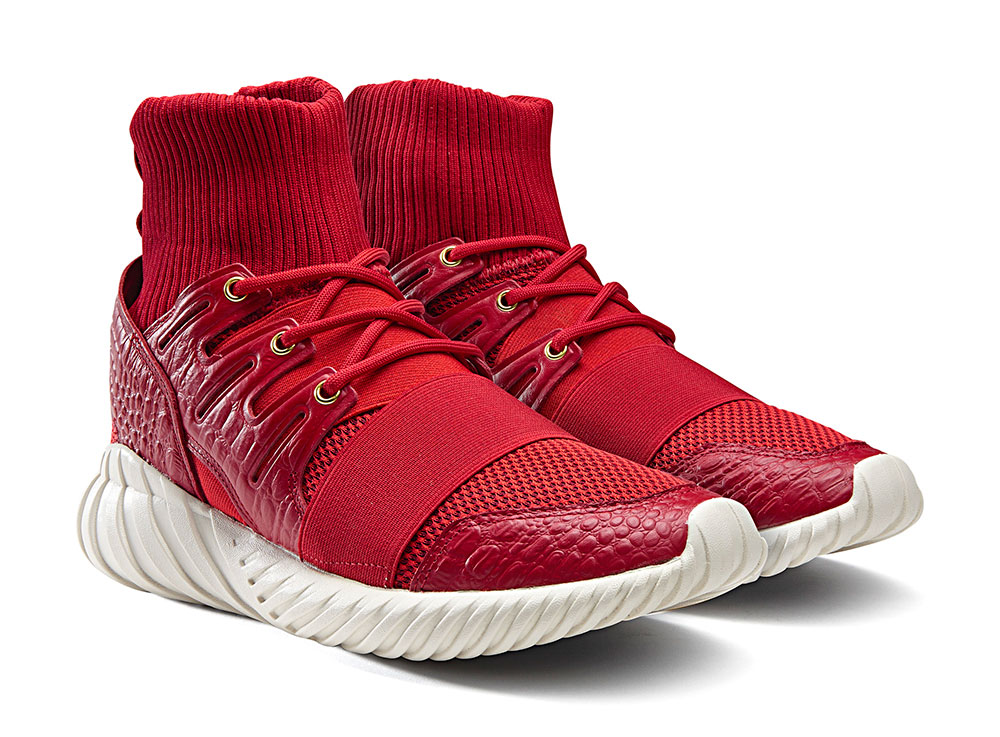 Inspired by the Chinese New Year, adidas has a new pack of Tubulars coming down the pike.

An all-red upper and midsole are accented by a white outsole on the Tubular Runner, Tubular X and Tubular Doom. And since 2016 is the Year of the Monkey, a monkey face is embossed on the heel counter of each model.