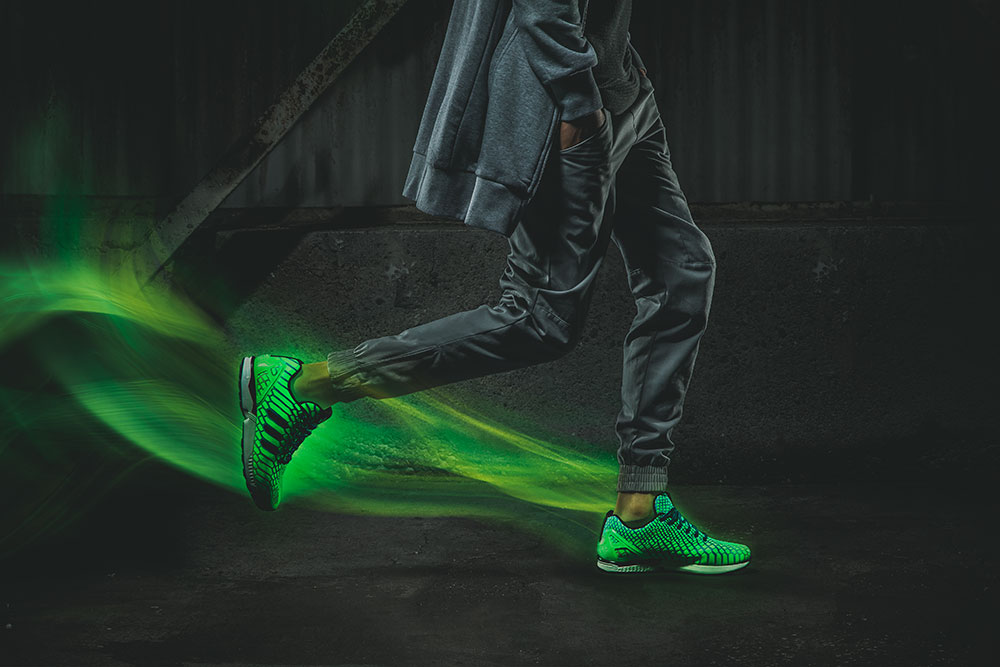 More, straight from our friends at adidas:

The pack features XENO light responsive technology which explodes with bright colors from the flash of camera. Different from previous XENO releases, the ‘XENO Borealis’ ZX Flux also illuminates in the dark into a vibrant green colorway through its unique glow-in-the-dark technology.