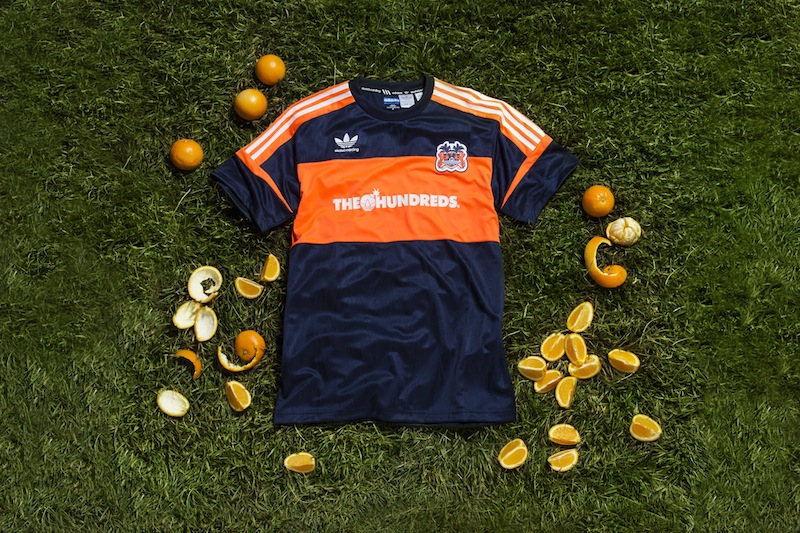 The Hundreds and adidas are back at it, dropping the second part of their collaboration this Thursday. The adidas x The Hundreds “Crush” Pack is inspired by both soccer and skateboarding, and the pack is named after the top team in Bobby Hundred’s youth soccer league.

The new release has a navy and orange color scheme throughout and is made up of a custom knit soccer jersey, a long-sleeve CLIMALITE tee and socks. It also includes a new sneaker that’s built for skateboarding, though it takes design cues from adidas soccer. The Hundreds incorporated a stitched pattern on the toe, customized heel overlay, and an extended tongue designed after adidas’ iconic Samba for.

The entire collaboration is inspired by the fusion of skateboarding and soccer. To celebrate the launch, The Hundreds and adidas will both be sponsoring the RSWD Invitational, a soccer tournament that features teams spanning skateboarding and streetwear cultures.

The Crush Pack will be available in The Hundreds’ retail location on February 5, and worldwide February 10.