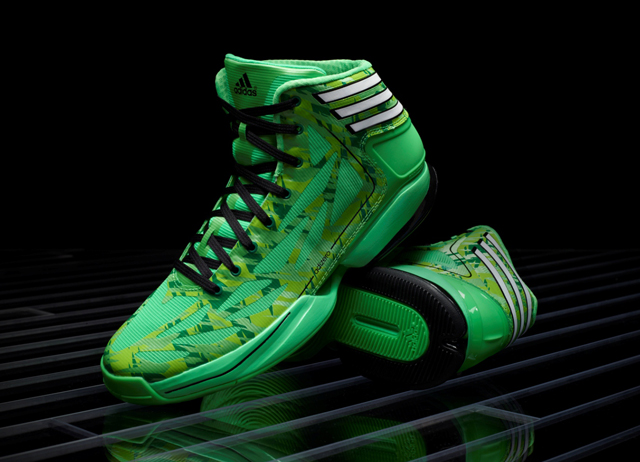 The NBA All-Star editions feature an impact camo pattern, which is designed to stand out on the court, showcase bold style and evoke the exhilaration that comes from being faster than your opponent.

The Crazy Fast features an all-new SPRINTWEB design with tighter panels to improve support, reduce weight and make players quicker and more comfortable on the court. The design is inspired by the speed and power of a combustion engine and the drive inside players to dominate on the court. The bold, green zest NBA All-Star edition will be worn on-court by Jrue Holiday of the Philadelphia 76ers (East), Tim Duncan of the San Antonio Spurs (West) and Rising Stars Challenge and NBA All-Star Saturday Night participants.

The D Howard Light NBA All-Star edition signature shoe will roll-out in an impact camo red colorway for one of the most explosive players in the league – seven-time NBA All-Star Dwight Howard. The D Howard Light is his lightest signature shoe to date and features more support and comfort. It features a reflective tongue made of chrome material inspired by the backside of a compact disc to pay homage to his passion for music. The chromed three stripes and heels will pop under the bright lights at the NBA All-Star game.

The adizero Crazy Light 2 NBA All-Star edition will roll-out in the impact camo green zest colorway. At 9.5 ounces, it is the lightest basketball shoe on the planet.