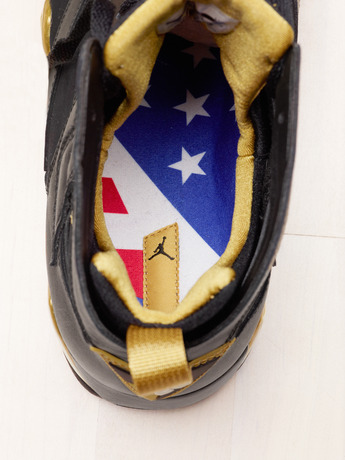 The Jordan Golden Moments Pack, featuring the Air Jordan VI Retro in a White/Metallic Gold colorway and the Air Jordan VII Retro in a Black/Metallic Gold colorway, drops on Saturday, August 18. Today, Jordan Brand announced the details for the pack, which marks the 20 year anniversary of what Nike pinpoints as Michael Jordan’s launch into “global domination” in the year 1992 (Dream Team, anyone?). Per Jordan Brand, the two-shoe Jordan Golden Moments Pack will be available for a suggested retail price of $350.