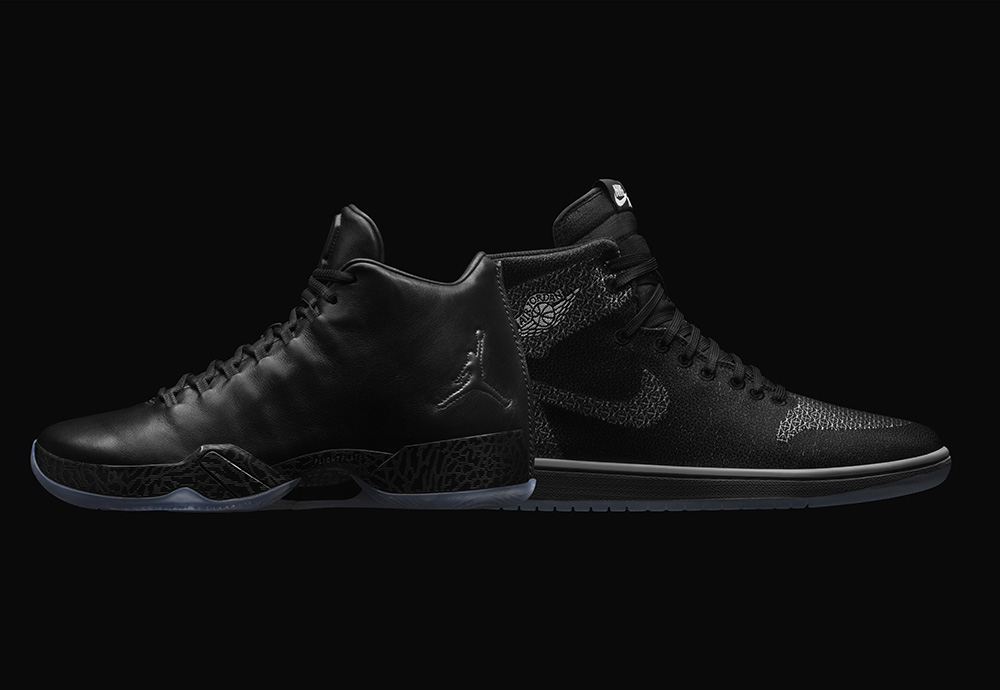 The Air Jordan MTM pack is officially hitting select retailers on June 27 (and exclusively at the Nike Lab P75 starting June 13). We first learned of the two-sneaker MTM pack last month when President Obama was gifted the very first pair. And finally Jordan x Nike have released a closer look at the Air Jordan XX9 and Air Jordan I that make up the $700 pack.

Billed as the “ultimate Jordans to date,” the Jordan MTM pack stands for the three talents who combined to create it: Michael Jordan, Mark Parker and Tinker Hatfield.

“HTM [the collaboration between Hiroshi Fujiwara, Parker and Hatfield] started really around taking existing silhouettes and just slightly reimagining them in unique versions,” said Hatfield, currently Nike Vice President of Creative Concepts via Nike press release. “That is what we are looking at here, taking these existing products and just twisting them a little bit.”

That includes shedding the OG leather upper on the AJ 1 in favor of black-and-grey Flyweave, and updating it with a lightweight one-piece construction. The Air Jordan XX9, meanwhile, swaps its typical Flyweave upper for rich black leather.

“The MTM is a great way to celebrate the 30th Anniversary of the Air Jordan franchise,” said Michael Jordan, via the brand. “It was a lot of fun to work with Tinker Hatfield and Mark Parker on reimagining two of the best shoes we have ever created.”