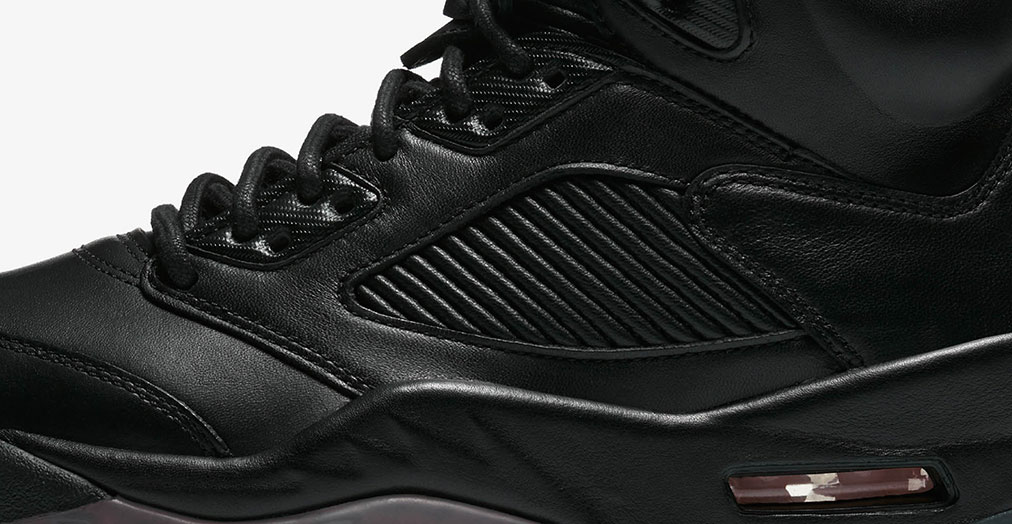 Mike led the League in scoring while rocking the Air Jordan V. It was his fourth straight season doing so. His fighter-jet inspired kicks featured mesh netting and the same teeth that could be seen on F-22s. Mike, just like those jets, was reigning down on everyone from the sky.

Jordan Brand’s updating his classic silhouette with a premium leather construction. The mesh netting is replaced by pleated leather in an all-black colorway.