The original Air Jordan IIs were manufactured in Italy. Designers Bruce Kilgore and Peter Moore wanted to incorporate premium leather and high-end construction on the II. Plus they couldn’t figure out how to properly build out the II’s sole unit, which required a direct-injection PU–a molding and pouring method that holds the sneaker’s upper together. So they traveled across the Atlantic to find the best materials and a solution.

After they found the winning formula, Michael Jordan didn’t spend much time playing in the II, even though it helped Nike to push his sneaker line’s technology. He suffered a broken left foot early into the 1985-86 season and ended up appearing in only 18 regular season games. And when he did return from the injury, he didn’t wear the II in the postseason. He lit up the Celtics for 63 points while rocking the AJ1 that year.

The II never had a shining moment on court. Its legacy never even had a chance. It hasn’t been a favorite for retro releases like most of the other Jordans released during the peak of the GOATs career. The Brand has given it more shine recently, releasing it in a few deconstructed colorways. But it’s still one of Mike’s most forgotten silhouettes.

It does have the distinction of being made in Italy. No other Air Jordan ever had.

With the all new Air Jordan XXXII, Jordan Brand is bringing back the II’s imprint, fusing top-of-the-line performance with expert craftsmanship. 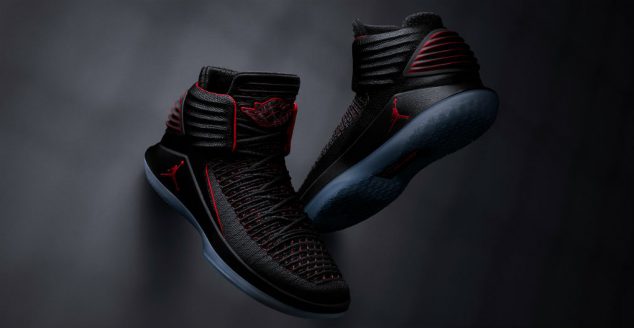 The Air Jordan XXXII has a Nike Flyknit upper, sitting on top of a Nike Zoom Air unit in both the heel and forefoot. Its cushioning is finished off by Jordan Brand’s signature Flight Plate, the lightweight, energy-returning material in the midsole.

“The XXXII is a great combination of performance and style,” Russell Westbrook said, via press release. “The way I play demands that I have the best performing sneaker on my feet and style is something that is engrained in me as a person and player.”

“We start with athlete insights at the heart of everything we do,” David Creech, Jordan Brand VP of Design, said. “We craft every detail from macro to micro, obsessing fit, form and function. Thirty years ago, they obsessed those same details when designing the AJ II, which led to the premium materials and the innovative style of Italy. Our goal with the AJ XXXII was to combine the essence of the AJ II with today’s best innovation to create a distinct design language both on and off the court.”

“With Jordan shoes, we obsess the style in a way that puts many of the performance elements under the hood, so to speak,” Tate Kuerbis, the XXXII’s designer, continued. “For example, I wanted to make the laces just disappear into the knit structure, but inside there is a whole harness system with webbing that really locks down your foot.”

The lacing system is accompanied by the Flyknit upper, making its Jordan Brand basketball debut. The Flyknit’s high-tenacity yarn makes kicks flexible, supportive and comfortable. The sneaker’s heel is created with a molded leather or suede, emphasizing the importance of design that Kuerbis mentioned.

The collar is where the XXXII looks like the II. It references MJ’s six titles. And Jordan Brand says that “a herringbone [traction] formed of a series of almost wiper blade-like shapes” is the final touch on the XXXII.

The XXXII, inspired by the speed of a Ferrari, follows the same path that other Jordan Brand silhouettes have. Michael’s passion for high-performance automobiles, and his ability to fly on the basketball court, have been the jumping off point for more than half of JB’s basketball sneakers.

Ferrari, of course, is based out of Italy. Combining that inspiration with the II’s historical significance led the Brand to reveal the XXXII in Turin, Italy.

The first Air Jordan XXXII colorway, the “Rosso Corsa” drops on September 23, followed by the Bred mid and Bred low on October 18. 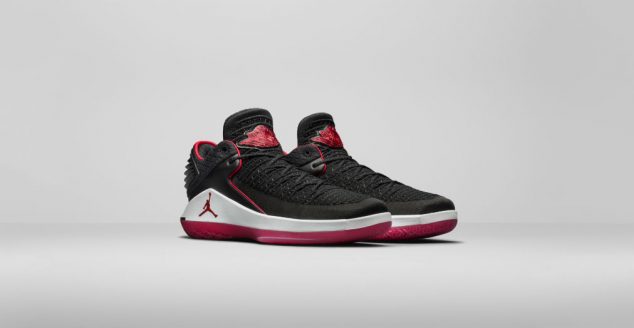