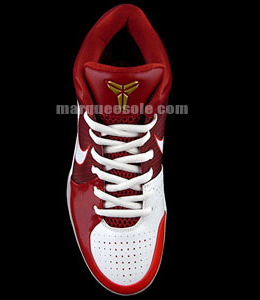 There’s no better way to come out of a sporadic quasi-hiatus (sorry about that, by the way, folks) than to throw a rhetorical question out there for you all:

Did you know that it’s 19 days until the All-Star game?

As much fun as the weekend is in terms of ball, that three-day stretch is a straight up special edition smorgasbord of crazy sneakers. Consider all of the theme nights that the sneaker companies have taken advantage of already this season (opening night, election night and Christmas Day, to name a few). If All-Star is the biggest single day through the season for sneaker companies, this year stands to be the biggest yet.

With the big weekend approaching, I thought now would be a good time to talk All-Star sneaks. None of the info I’ve got here is exactly breaking, but it’s a cumulative wrap of sorts, of what we know up to right now on what’s what.

Let’s work back from freshest to, uh…least fresh?

These DJ Clark Kent-designed quick strike Air Force 1’s came up over the weekend at Sneakerfiles. They won’t be worn in the game or anything, but it’s an All-Star theme. I’m a sucker for these kinds of shoes. The makeup of them is kind of ugly, but makes them kind of incredible at the same time. Kind of like the old Minnesota North Stars jerseys. Clark Kent also designed these All-Star themed 1’s.

As for actual in-game footwear, the two sneaks I’ve got are two that you’ve probably seen, but it’s good to get something that’s somewhat comprehensive going here.

First up is Allen Iverson’s East-themed version of the Answer XII, by Reebok. Call me a bad sneakerhead, but I just saw these pics for the first time on Monday. I find it interesting that Reebok is still using the same I3 logo on the Answer XII, long after Iverson was traded to the Pistons. This also got me thinking: what number will Iverson wear in Phoenix? A throwback night could be in store.

Finally, the first All-Star shoe that I saw this season was this red version of the Zoom Kobe IV, which leaked out shortly after the big press conference Kobe had to unveil the regular-season colors of the ZKIV back in November.

To me, the ZKIV is probably the most interesting shoe out there right now, but despite the technology and the shoe being a low cut, I’ve yet to see something that’s aesthetically pleasing. Maybe that’s what Nike ID is for.

Lastly, word from Converse is that Dwyane Wade’s all-star sneak will be coming shortly. You should also keep an eye out for Jameer Nelson, who’ll be wearing some special Cons when he’s helping out his man Dwight Howard in the dunk contest.

More info to come this week.