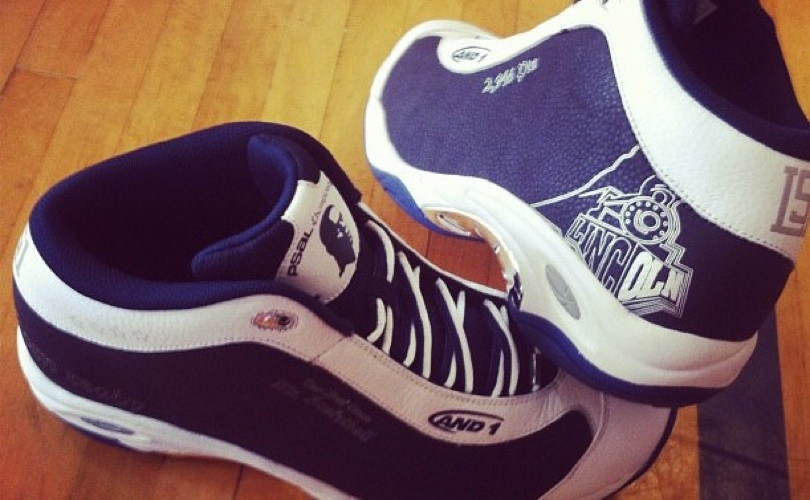 There are a lot of great basketball players who hail from New York—like, Mullin/Kareem/Dr. J/King/Cousy/Telfair/Marbury a lot—but in terms of high school career, very few (if any) had a run like Lance Stephenson. A local prodigy by the age of 14, Stephenson went on to win four straight PSAL Championships, was named Mr. Basketball, selected as a McDonald’s All-American, and ended his career at Lincoln High School with 2,946 points, the most in state history.

Over the weekend, Lance received the ultimate honor from his alma mater, as the Lincoln Railsplitters retired his jersey. And to commemorate Lance’s big day, his shoe sponsor, And 1, released a special player edition “Tai Chi” sneaker. Check out some snapshots of the kicks above, and congrats to Born Ready on a nice accomplishment.