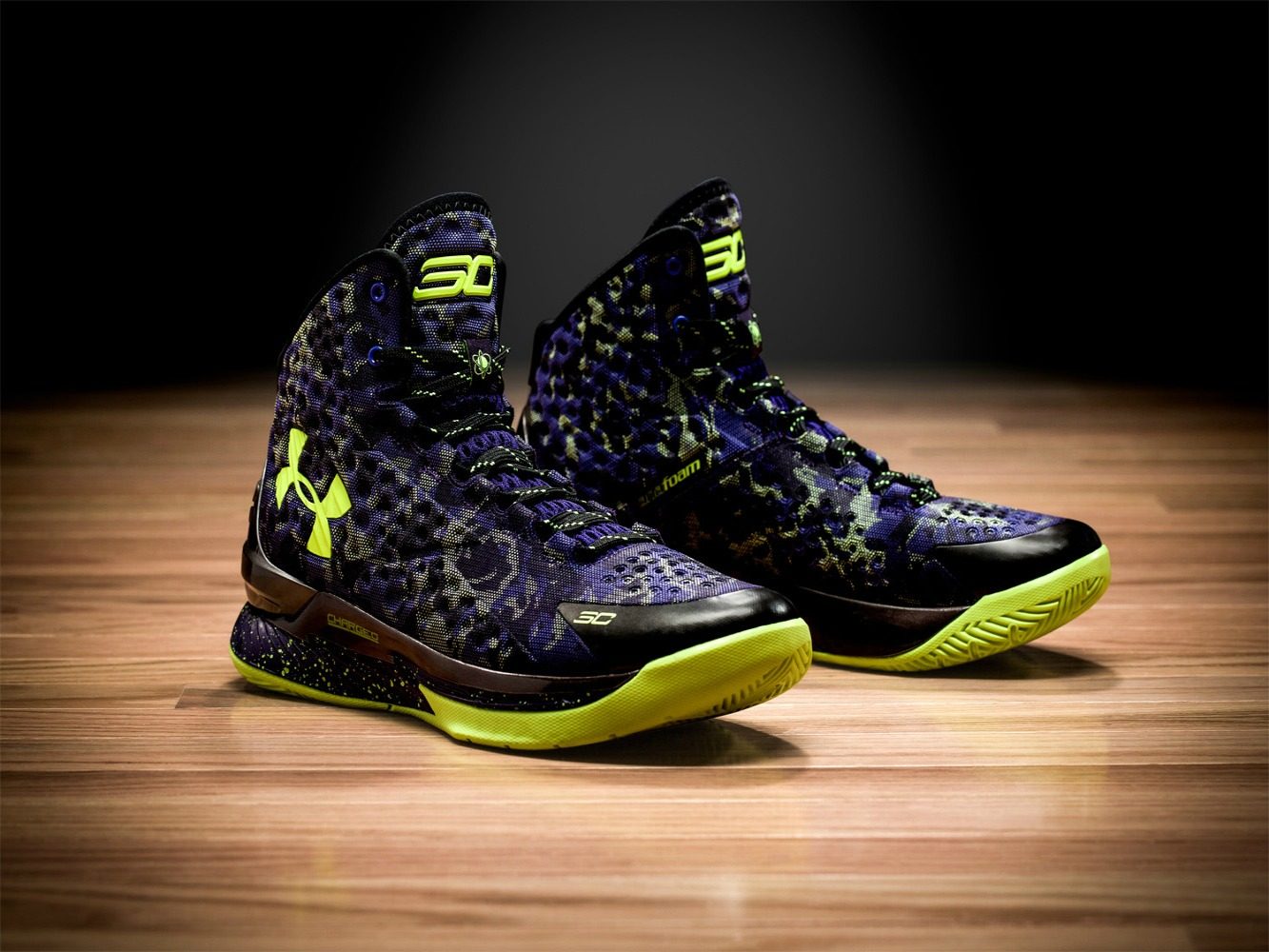 We are now only two weeks away from the Under Armour Curry One hitting the shelves. The shoes drop on February 13, two days before Stephen Curry takes his place in the starting lineup for the Western Conference at the 2015 NBA All-Star Game. Curry led all players in total votes for the All-Star Game, and will be starting his second straight ASG. He’ll do so rocking some very exclusive kicks, as Under Armour announced today he will be wearing the “Dark Matter” Curry Ones.

The shoes—scroll above to see detailed pics—will be released to the public in limited quantities on Friday, February 13 in New York and online through UA.com, Eastbay and Foot Locker.

The “Dark Matter” kicks have a space theme throughout, with a custom, atom-inspired label accenting the tongue. They also feature a purple rain camouflage upper and accents of X-Ray, along with Charged Cushioning.

The world will see them on-court during the All-Star Game, but for now, what is your reaction to the Curry One All-Star PE?