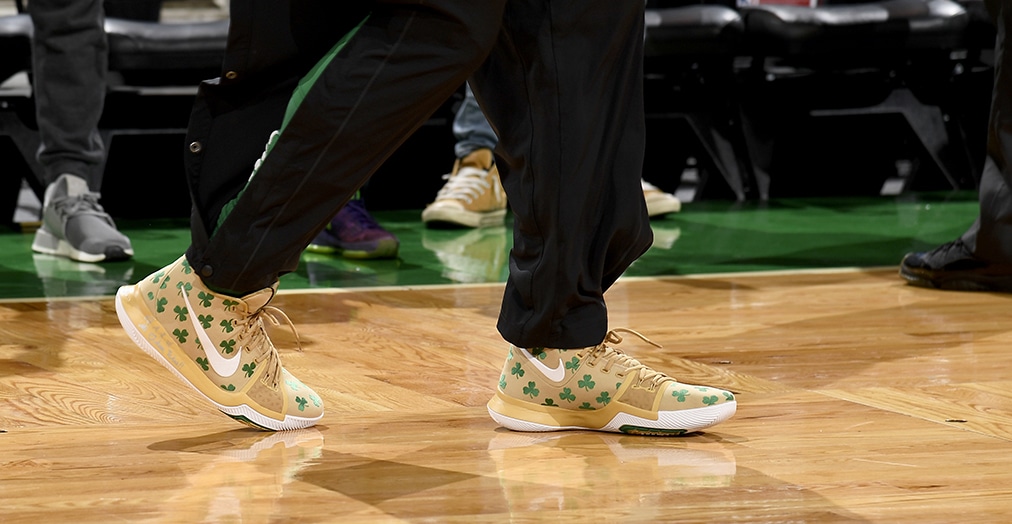 The Celtics are still roaring through the League, sitting with an NBA-best 18-4 record. Kyrie Irving is leading the charge with an MVP-caliber season that’s been punctuated by a slew of unbelievable colorways in the Nike Kyrie 3. He wore five new PEs this month, solidifying his standing with the Sneaker of the Month.

Luck of the Irish. Kyrie had the best sneaker of November. ☘️ pic.twitter.com/zbdFp4itOb

PJ Tucker, Lance Stephenson and Terrence Ross also got crazy in November, showing off incredibly rare Jordan Brand and Nike silhouettes. Stephenson and Ross are sneaker free agents this season after their deals with AND1 and Li-Ning expired. They’ve wasted no time in hitting the hardwood in heat. Tucker, the reigning Sneaker MVP, hasn’t slacked at all. He laced up the Nike Air Yeezy 2 “Solar Red.”

Another adidas sneaker, the Dame 4, has been blowing up around the League. Besides Damian Lillard, Jaylen Brown, Donovan Mitchell and others have been playing in the hybrid-cut shoe.

Scroll through the gallery above to see more Three Stripes heat from Taurean Prince, Nick Young and James Harden, as well as a look at the Off-White x Nike Hyperdunk 2017, which was worn by a few players in November, and much, much more.