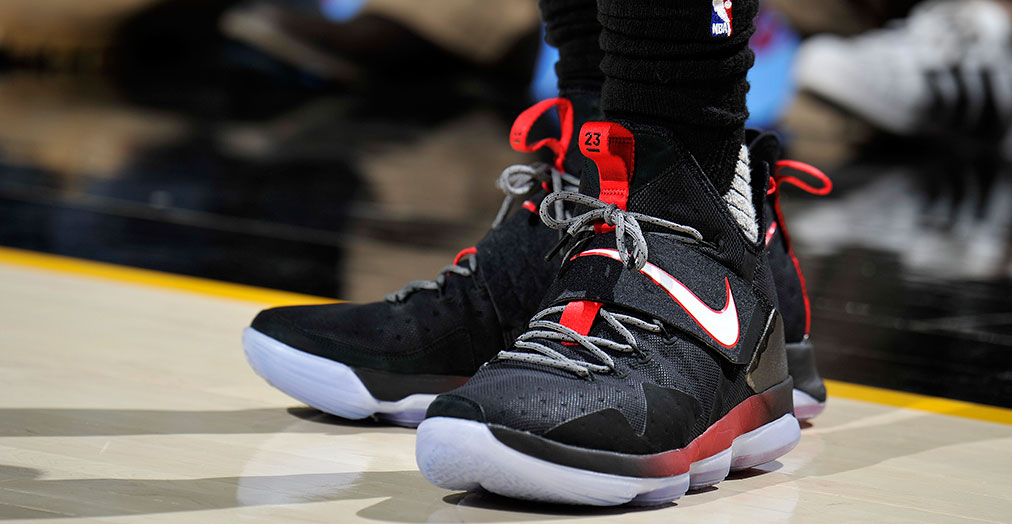 As LeBron James puts more miles and minutes on his feet and legs, Nike continues to lighten his sneakers. Those old boot-like joints that LeBron used to wear when he was jumpin’ out the gym, rumbling down the court every other possession are gone. Starting with the 11, the King’s last few silhouettes have been about making him faster, rather than making sure that his ankles were locked in to continuously dunk on people. He can definitely still dunk on people, though.

The LeBron 14 followed that trend. It still gave support with the midfoot strap, but it was a lighter, cushioned ride, allowing Bron to navigate the floor with ease. The upper, built with perforated mesh, kept things breathable. The midsole’s Air Zoom unit and the outsole’s super-thick traction pods combined to absorb impact and provide a plush base. The lower-cut, with its big features, allowed for tons of different colorways.

Bron laced up a new ‘way every game or so, alternating between graphics, icy outsoles, yellow uppers and treated midsoles. He also wrote the names of his three children on his kicks a few times.

With the multiple colorways for the 14—the return of his Air Zoom Generation, the introduction of the Soldier 11 and his unveiling of the 14 Low among them–the King had a historic sneaker season. And he averaged a triple-double in the Finals. Witness.

Scroll through the gallery up top see the best of the LeBron 14.