Best Sneakers of the 2017 NBA Finals

The UA Curry 4 and the Nike KD10 take center stage. 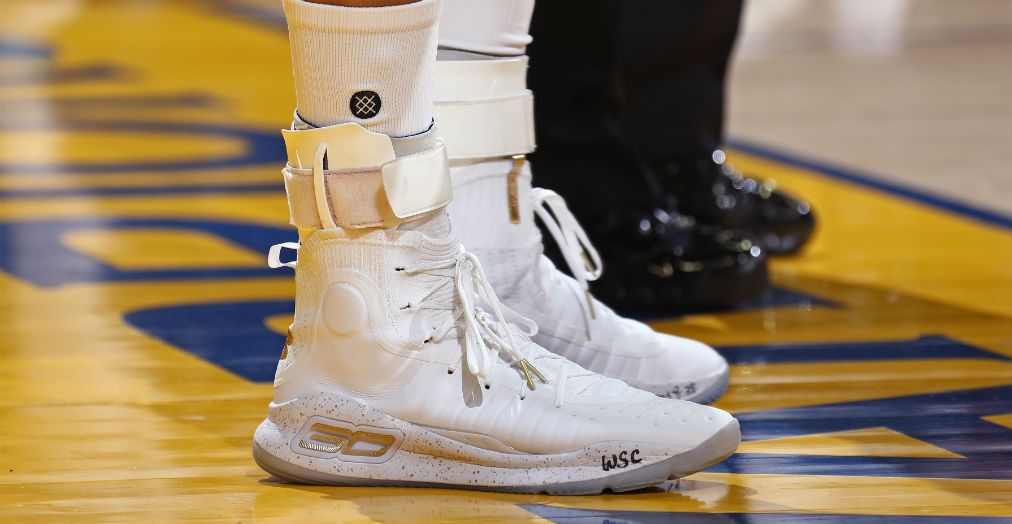 Both of the Dubs’ best players were hooping in their newest signature sneakers during the Finals. Durant called the Nike KD10 his best yet and the Under Armour Curry 4 was most definitely the best offering from the two-time MVP. Durant wore the same blue pair of 10s for all five games while Curry switched up between three different colorways of the 4.

The rest of the Warriors contributed in other neck-breaking kicks. Andre Iguodala’s Kobe ADs were next level, Draymond Green was the first player to lace up the Nike Hyperdunk 2017 Flyknit and Klay Thompson’s gold and white Anta KT2s rounded out the collection of rare silhouettes.

LeBron James and Kyrie Irving laced up PEs of the Soldier 11 and Kyrie 3, respectively and Iman Shumpert broke out the “Champagne” Air Jordan VIIIs for two games. Check out the gallery up top to see the best sneakers of the ’17 Finals.

Related
Warriors Are Here to F.U.T.W.
Clash of the Titans: How the Warriors and Cavaliers Got Here