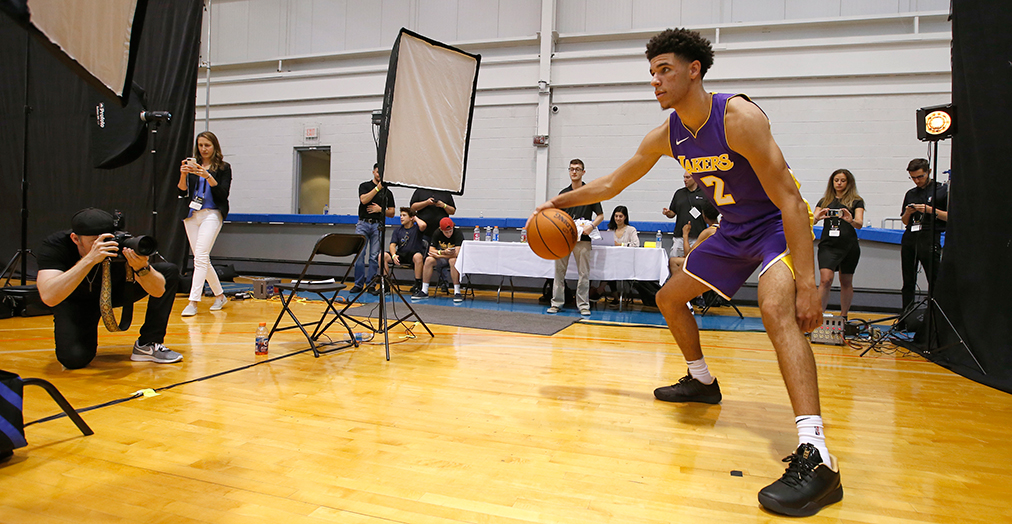 The 2017 NBA Rookie Shoot went down last week in Tarrytown, New York at the Knicks’ practice facility. Most of the League’s newest players were bused in for a day of interviews, photographs and the chance to officially suit up for the first time.

The big day gives Nike, adidas and Under Armour time to shine. So the brands made sure that the young pups were super laced.

Markelle Fultz, the number one pick in June’s draft, was wearing the Hyperdunk 17 Flyknit, the Swoosh’s latest offering. Lonzo Ball was of course wearing his signature sneaker, the Big Baller Brand ZO2.

The biggest unveiling came from Josh Jackson and Dennis Smith Jr, Under Armour’s big signings. They each wore player exclusive versions of the UA Drive 4 Low. The 4 will be UA’s flagship silhouette next season, with Jackson and Smith Jr headlining it.

Swipe through the gallery above to see more of the heat from last week and forever shout out De’Aaron Fox for keeping a phone in each of his socks. Legend.