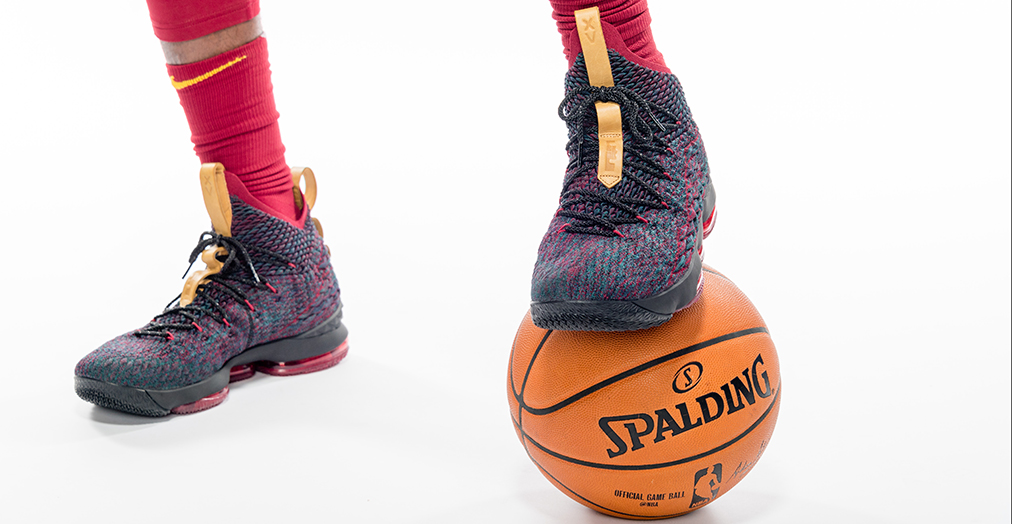 Carmelo Anthony got traded, Dwyane Wade became a free agent and LeBron James and Stephen Curry were caught in the middle of a political firestorm. And then the majority of the NBA kicked off their respective Media Days.

While there was plenty of news to talk about at each team’s facility yesterday, there was also breaking sneaker news. James and Curry each debuted a new colorway of the Nike LeBron 15 and Under Armour Curry 4, while Anthony paraded around OKC in a hoodie and his Jordan Melo M13s, the silhouette he wore last season. The remixed Big Baller Brand ZO2 Prime also made its first public appearance in LA. Lonzo Ball wore a black colorway of the brand new sneaker. And rounding out the list of unveilings, Klay Thompson wore the never-before-seen Anta KT3 in an all-white makeup.

UA’s new sneaker, the Drive 4, was on full display with Terrance Ferguson, Will Barton and Emmanuel Mudiay donning the silhouette.

And speaking of donning, Eric Bledsoe brought out a pair of the very rare “Beach” Air Jordan IIs, designed by Don C.

Scroll through the gallery above to see what else the League was sportin’.