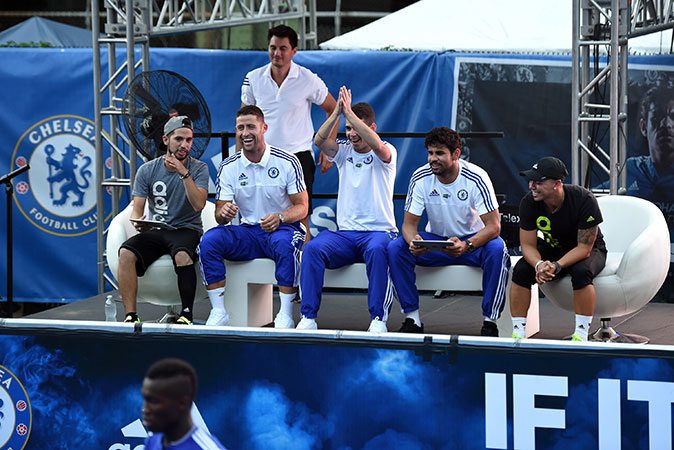 As a part of their American tour, famed players of Premier League club Chelsea FC had a chance to meet some of their American fans in Harlem on Tuesday night courtesy of adidas at the brand’s #BeTheDifference event. (We were there—it was an awesome event, kudos to adi.) Scroll through our photos above to see more, including a 2v2 tournament for youth players.

More from our friends at adidas:

Last night, adidas and Chelsea Football Club gave young soccer fans a chance to meet their heroes and held a soccer celebration in Harlem as part of the #BeTheDifference campaign following the launch of the club’s new home and away kits for the 2015-16 season.

The afternoon and evening kicked off with an exclusive 2 v. 2 soccer tournament with the best young soccer talent NYC has to offer at the FC Harlem training ground where Chelsea FC first team players Oscar, Cezar Azpilicueta, Gary Cahill, Diego Costa and Eden Hazard joined the celebration to watch the competition and meet their NY fans. Chelsea FC in partnership with adidas also announced the plan for a brand new indoor soccer facility for youth players in Harlem, NY.

In addition to the Chelsea FC participants, the event featured performances from DJ Neil Armstrong and Cozy Boys. Leading global soccer freestylers F2 Freestylers from the UK and the team of Jayinho and Flo from the U.S. were also on hand. More than 250 people attended the event in Harlem to continue the celebration of adidas Soccer and Chelsea FC launching the club’s new home and away kits for the 2015-16 season.

The new Chelsea home kit is available to purchase today on adidas.com, at adidas retail and specialty stores. 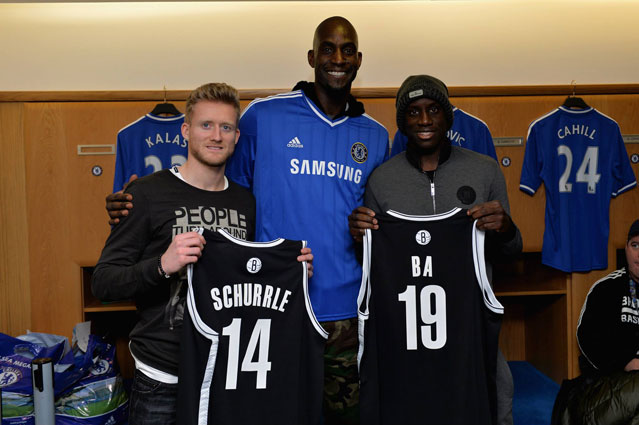