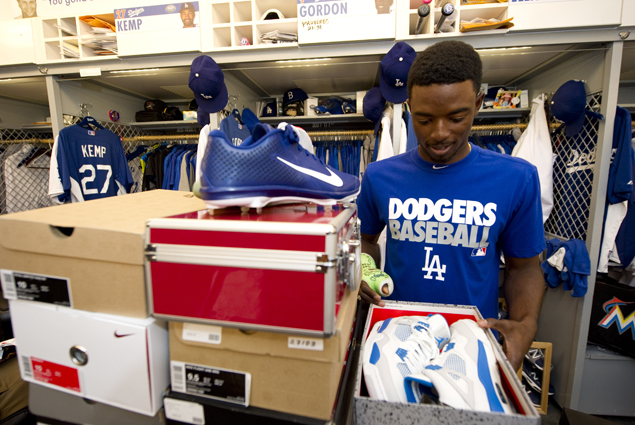 As one of the world’s biggest Los Angeles Dodger fans, SLAM E-i-C Ben Osborne is always looking for links between his favorite team and the magazine(s) he edits. A couple years ago, connecting with Matt Kemp at an All-Star Weekend party led to a Dime Drop in SLAM. This year, some intel from longtime friend-of-SLAM Chris Mack hipped Ben to the fact that Dodgers rookie shortstop Dee Gordon was a hoops and sneakerhead. Boom! A front-of-the-book KICKS piece was born. Dee’s promising season hasn’t quite panned out due to a struggling bat and a thumb injury that knocked him out of the lineup for two months, but he was activated by the Dodgers on Tuesday and played last night. As fans of the ice-cold Dodgers know, they could use a spark! The KICKS story is below; to see it in print pick up KICKS 15—on newsstands everywhere.—Ed.

Standing a stick-skinny 5-11, and with a three-time MLB All-Star for a father, it’s no shock that baseball’s the sport Dee Gordon plays professionally. But in his heart, the second-year shortstop for the L.A. Dodgers is a different kind of baller. And he’s got the footwear to prove it.

A 20-ppg scorer over his four-year playing career at Avon Park (FL) High, Dee was an Allen Iverson lover who got college basketball looks and always had dope kicks on his feet. “I’d say playing basketball helped make me a sneakerhead,” says Gordon. “There were some pretty great shoes to wear when I was playing. I wore Jordans growing up. I used to go to school in Jordan shorts, tees and kicks. I’m also a big Nike guy.”

Nike’s the brand that makes the cleats Dee wears on the field, when the lightning-quick (30 stolen bases in 38 attempts as of press time despite missing time due to an injured thumb) lead-off hitter sets the table for the Playoff-contending Dodgers. “I’m a high-energy guy, but I don’t mean that in the way they say about basketball players,” Gordon explains. “I’m a guy that plays hard and wants to keep my teammates up all game, but I do that as a starter. In basketball, ‘high-energy guys’ are usually the ones that come off the bench and give their team a spark.”

Dee (@SkinnySwag9) has been quiet on Twitter during the season, but last offseason he was posting pictures of his footwear on a daily basis, using the hashtag #dgkicksoftheday and showing off his Js, Nikes and the occasional Guccis.

Gordon’s father, Tom, aka Flash, pitched in the Majors for 21 years, most prominently with the Royals, Red Sox and Phillies, compiling 138 wins, 158 saves, a World Series title and the aforementioned All-Star appearances. This obviously gave Dee a great role model in athletics. “He was a baseball player, but he knew basketball and he was good at that, too,” Dee recalls. “He really got me playing sports against older and bigger guys, so that when I went back and played with my age, the game was a lot easier.”

Now it’s Dee living the Major League life, which is all good, except for one little rule…

“Dodgers team policy says no sneakers on the road. That kills me!” the 24-year-old laughs. “I try to tell them, people wear Jordans all the time. Those are nice shoes. People don’t believe me, but I’m wearing Jordans when I get married!” 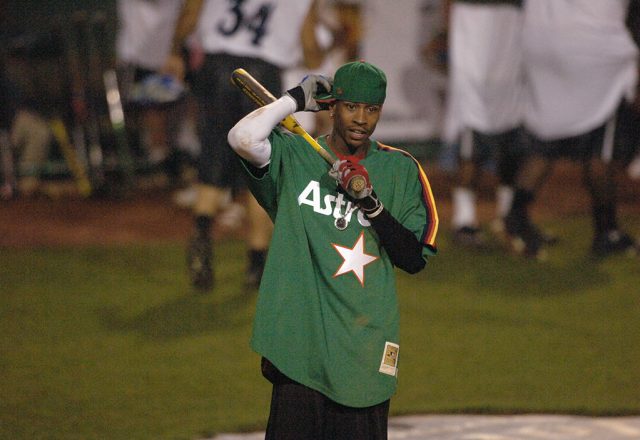 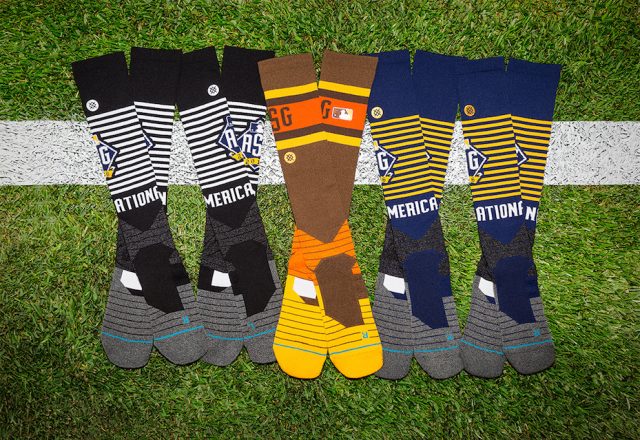 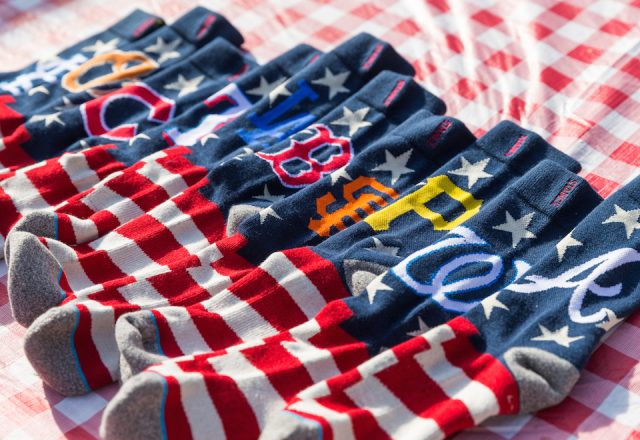 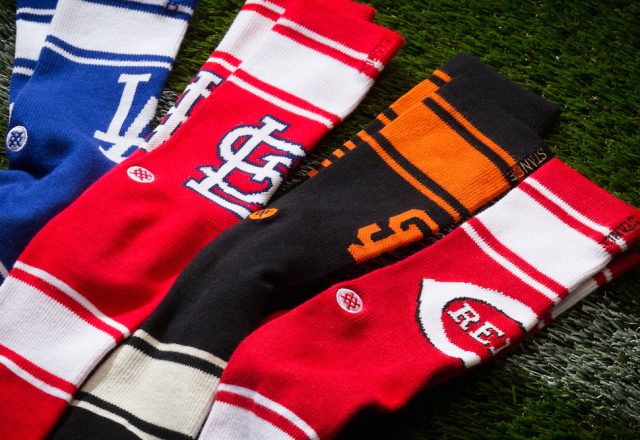