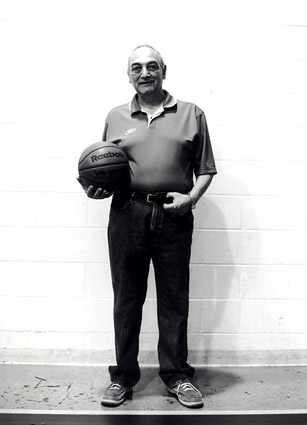 You could make a pretty strong argument that Sonny Vaccaro should’ve been the very first inductee into the KICKS Hall of Fame. If you understand what Vaccaro has meant, for better or worse, to the basketball shoe industry over the past 25 years, and if you grasp his no-joke impact on nearly every aspect of the sneaker game, you’d have a hard time making a case for anyone else.

You know how Coach K and Rick Pitino and all their top D1 brethren make millions off shoe deals? Sonny started that. Or how MJ started a revolution with his signature Nikes almost 20 years ago? Wouldn’t have happened without Sonny. How adidas was almost out of the game before they inked Kobe and Tracy? That’s Sonny’s legacy.  How the three major HS summer camps are the place to find the next prep stars? Sonny’s the reason—for all three of ’em. How LeBron was worth $90 million before he even got drafted? How the Roundball and McDonald’s games fill NBA gyms each spring? How eight high school kids went in the first round of this year’s Draft? Sonny, Sonny, Sonny.

“I’m the most unlikely person in the world to be involved in this industry, and I’ve been blessed,” says the 64-year-old Vaccaro, a year into his role as Director of Grassroots Basketball for Reebok. “I don’t think about it, but I know I’m ingrained in this industry.”

His rise to a place of such unequaled influence in the kicks game may be unlikely, but it’s no accident—he was clearly meant for this. Vaccaro is a man of convictions, and he’s never been shy about sharing them with anyone who asks. As such, it’s pretty much either love or hate with Sonny. Those who love him—who see how he never shies from battling NCAA hypocrisy and blinders-wearing media types—do so with a fierce loyalty. Those who hate him, who say he’s ruining the game and corrupting the kids who play it, attack him loudly and often. Where Sonny is concerned, neutrality isn’t an option.

It all started in Pittsburgh, where he held the first Dapper Dan Roundball Classic as a showcase for the nation’s top basketball  players—the first of its kind—in 1964. As the game grew, so did Sonny’s role in the industry. He joined Nike in 1977, and his groundbreaking ways continued with the Swoosh: In 1978, he signed Jerry Tarkanian and UNLV to an endorsement deal, a modest but unprecedented agreement in which Nike provided shoes and cash to the Rebels. The college game would never be the same.

Yes, there’s more. He started the ABCD Camp in 1984, immediately changing the way HS players were scouted and recruited. Not long after, he convinced his bosses at Nike that Michael Jordan was the guy they should build their growing basketball shoe line around; you know how that turned out. He left Nike in 1991—taking the rights to ABCD and Roundball with him—and landed at adidas two years later, helping put the Three Stripes on the grassroots map. When Kobe and T-Mac came up through Sonny’s network and eventually signed with adidas, it only reconfirmed his influence. So it wasn’t surprising that when Reebok decided to get serious about its place in the game, they made Sonny an offer he couldn’t refuse. Shortly after seeing the ’bok outbid adidas in a failed bid for LeBron James last spring, he joined the Vector crew and once again brought his grassroots empire with him.

Ask Sonny about his legacy, where he’s had the greatest impact so far, and he’ll mention the obvious moments: Jordan’s signing was “a thrill,” LeBron’s ascension was “maybe my greatest experience, just watching Gloria James get her son to this point.” But more than any single event, Vaccaro says he’s proudest of his role in the preps-to-pros wave that has altered the game at every level. In his mind, it’s about the players, nothing else. “I think this last seven or eight years have kind of been the culmination of all my desires,” he says. “At Roundball this year, I watched the complete evolution—to see all the NBA people in the stands and no college people. And it did me good to watch those eight kids get drafted.”

Sonny’s army of haters will tell you those words represent everything that’s wrong with the game. But when the man himself looks around at the generations of ballplayers who credit him with helping their careers and improving their lives, the haters are hard to hear. The industry bears his imprint, as do the kids who make it matter. And when Sonny says, “It’s been the most wonderful ride a human being could ever ride,” you can’t help but believe him.