In-Depth Look at the Under Armour Curry 4 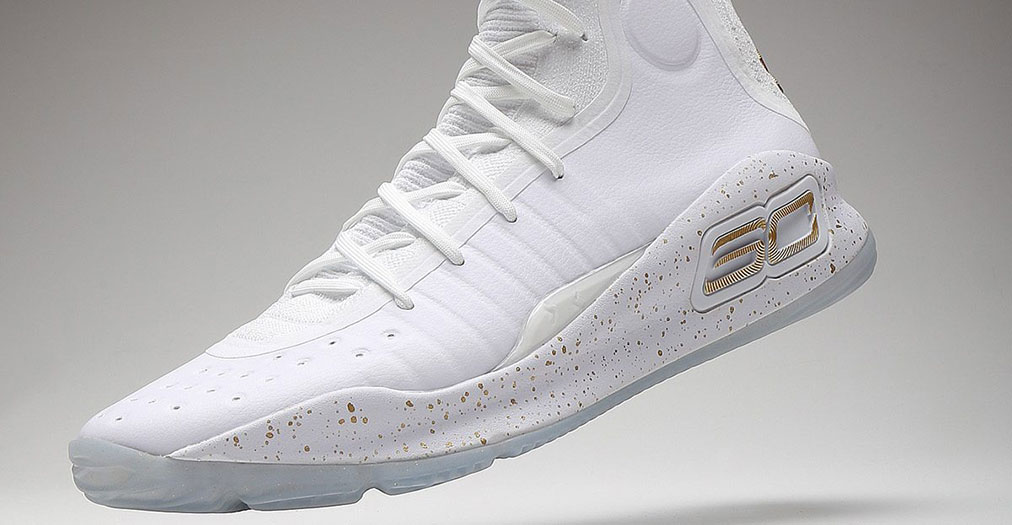 Since unveiling the Under Armour Curry 4 right before Game 1 of the Finals, Stephen and UA have heard warm receptions to the sneaker. Its sleek white colorway broke the internet’s collective necks when he quietly brought them out for warmups last Thursday.

We haven’t been given any release date or pricing info yet, though.

NiceKicks got a close look at the 4 and according to them, it has a “sloping midsole atop a full-length speed plate,” as well as “360 [degree] bonded taping.” The silhouette has a knit upper and personal details about Curry, too. We asked the two-time MVP about the joints, and he said “It’s a progression of the Curry line that we’re trying to continue to elevate and make that best shoe in the market.”

Scroll through the gallery above for an in-depth at the Curry 4.