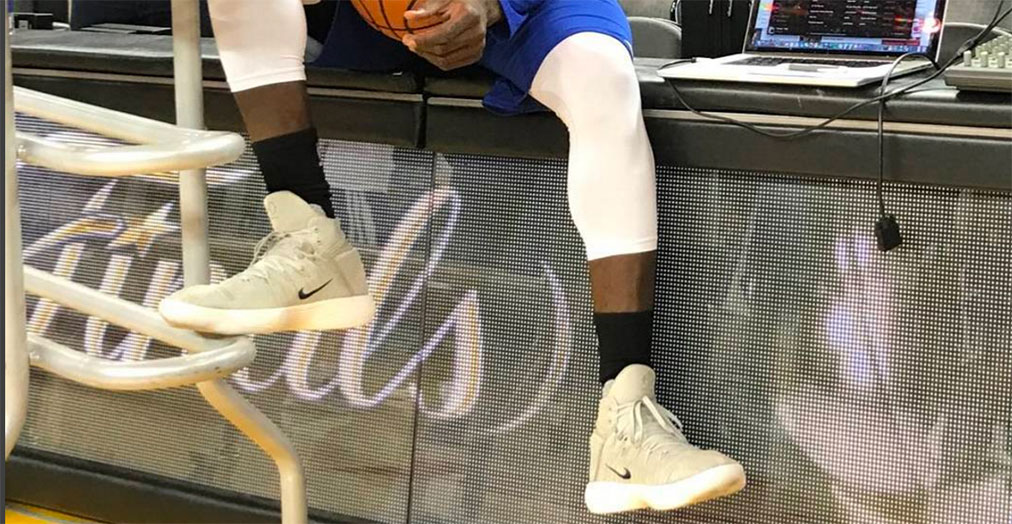 Draymond Green spent the regular season and almost all of the playoffs in the Nike Zoom Rev 2017. He had multiple PE colorways that mixed with some combination of blue, yellow, black and white. He became one of Nike’s go-to basketball endorsers. And it looks like he’s getting the exclusive right to debut the 2017 Hyperdunk in the NBA Finals.

The NBA snapped a few pictures of Dray at practice today, wearing the new silhouette. There hasn’t been any official release date or tech specs given for the new Hyperdunk. But the upper seems to be made out of woven jacquard while a Lunarlon outsole completes the sneaker. We’ll most likely see Green playing in these during tomorrow night’s Game 1.