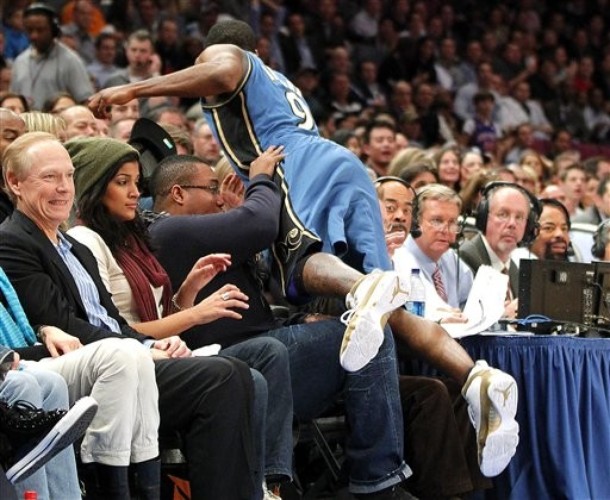 With the Orlando Magic’s season-ending loss to the ATL Hawks on Thursday night, a remarkable season of sorts came to an end. Gilbert Arenas didn’t really play as well as Otis Smith had hoped he would when he gutted his roster in December to bring Gil to Orlando. His eight points per game, coupled with a disappointing three-point percentage (27.5) make his time in the Magic Kingdom uneventful at best. The one thing that Gil brought consistently from Nov. 5 to April 28, though, was his sneaker game. With his adidas deal off the table after last year’s locker room hijinx/felony charges, Gil was free to wear whatever he wanted this season. He showed off a Jordan-heavy collection that was sprinkled with a few other non-Nike gems here and there. Here’s a few of his best from the 2010-11 season.

Gil’s site, Sneaker Champ, was helpful in putting the pics in chronological order.