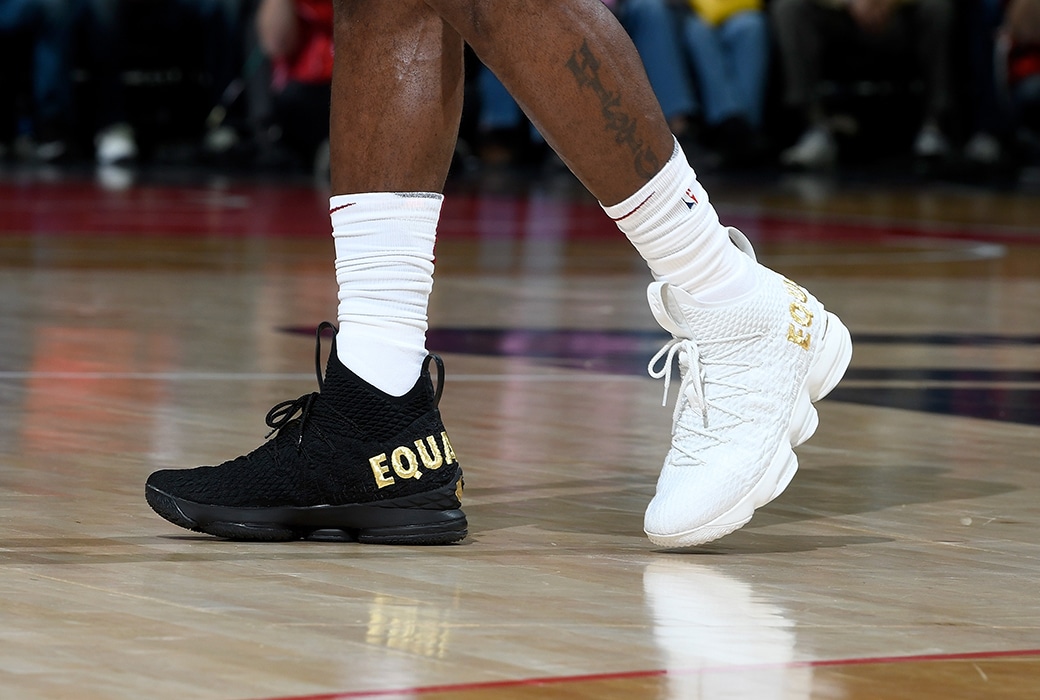 The Cavs were in the nation’s capital in the middle of December last season. Months before they walked away with a 106-99 win and before LeBron James put up yet another triple double, Donald Trump had rescinded Stephen Curry‘s invite to the White House. Curry and the Warriors had won the 2017 championship and a long-standing tradition affords the winners of professional sports championships a visit to 1600 Pennsylvania Ave. But James wasn’t trying to hear any of that and he went after the President on Twitter.

That tweet served as the inspiration for an exclusive LeBron 15 colorway, one that gave the King a platform to speak to the world. He wore mismatched sneakers in DC to send a message. We caught up with Jason Petrie, who has been at the top of the LeBron sneaker line for years, to talk about how the “Equality” joints came to life. See his full quote below:

“Tim Day, my right-hand man, it was something that he was pushing really hard, based on what LeBron was talking about,” Petrie tells SLAM. “Trump, that whole thing. If you remember when he moved to LA, he had those motherfuckers painting shit on his fence. He was like, ‘No matter what I do, I can’t get away from this.’ We wanted to give him the opportunity to be able to tell that story further.

“We didn’t wanna sell it and make money off of it. We wanted it to be something to promote people talking to each other. He took it to the next level by doing one of each color. We weren’t planning on that, we just made him the different colors.

“Everybody wasn’t for it. I was, I was like, ‘Hell yeah, let’s do it.’ But there people who were like, ‘Nah.’ To their credit they pushed through and I was proud and happy to work on that joint, believe me. Now it’s become a movement.”

Leave a legacy, inspire a generation and make the world a better place. LeBron's statement in Washington DC is the sneaker moment of the season. #BiggerThanBasketball