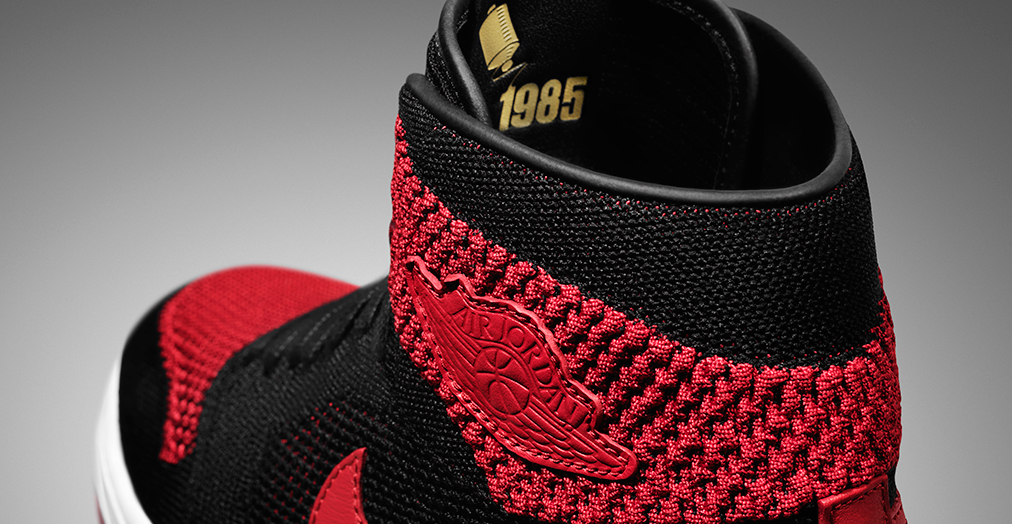 Nike Flyknit is built to provide strength, breathability and flexibility, all in one. It uses high-strength fibers to remain strong in targeted areas. But it’s not rigid because its light yarn replaces the standard gluing and stitching that is found on most sneakers.

Nike’s used it in running, sportswear and basketball kicks before.

The Air Jordan 1 Flyknit features hits of premium leather (the Swoosh, Wings and Nike Air logos), a mainstay of previous AJ1 releases. Other than that, the AJ1 has been completely updated. A Nike Zoom Air unit has been added to the heel and the rest of the sneaker is covered in Flyknit.

The AJ1, of course, is among Michael’s most popular silhouettes. The NBA initially banned him from wearing them because they broke the dress code. But between Michael’s aerial showmanship and his refusal to stop wearing them, the 1 launched His Airness into both the sneaker and basketball stratosphere. The 1 has become a cultural staple, transcending the hardwood.

The Flyknit 1, paying tribute to MJ’s first colorway that got banned, releases on September 9. 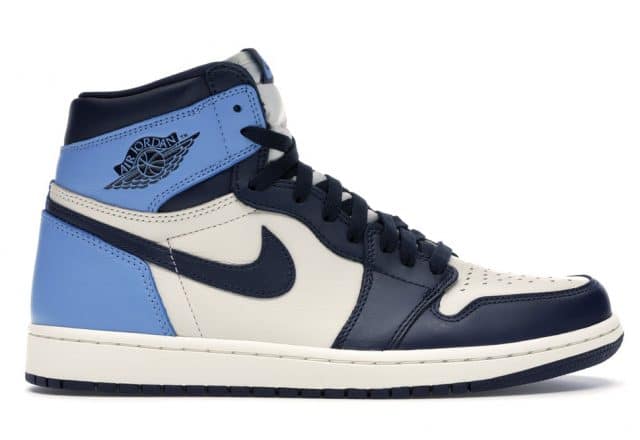 The ‘Obsidian’ Jordan 1 is Live on StockX