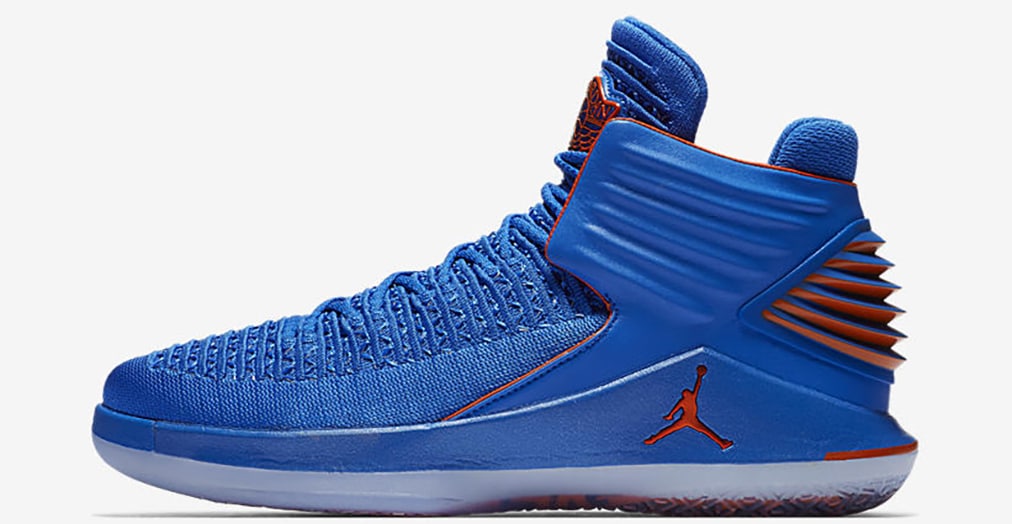 The Thunder host the Warriors tonight, marking the second time that Kevin Durant‘s returned to Oklahoma City. Though the Thunder (7-9) aren’t winning as much as the Warriors (13-4), there’s a ton of hype coming into tonight’s matchup.

Jordan Brand has released a special new colorway of the Air Jordan 32 today, named the “Russ.” It’s probably not a coincidence.

Scroll through the gallery above to check out the “Russ” Air Jordan 32. It’s available now for $185.