Michael Jordan inked a deal with Gatorade back in 1991. Their first-ever commercial together was the iconic “Like Mike” joint, which featured the too-catchy “I wanna be like Mike” song.

Jordan Brand’s teamed up with Gatorade to honor Mike’s roots with the lightning bolt.

The upcoming “Like Mike” Air Jordan VI and XXXII are both done up in Gatorade’s famous green and orange colorway and they both feature the lightning bolt logo. The new colorways drop on December 16.

Jordan Brand’s also got an apparel collection out right now, featuring the “Like Mike” slogan in Gatorade’s color scheme. There are hats, hoodies, shorts, shirts, socks and crewnecks inspired that legendary commercial. 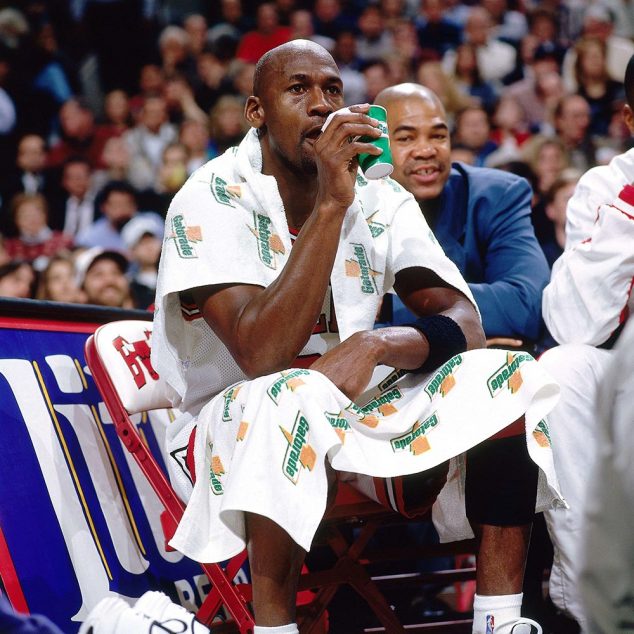