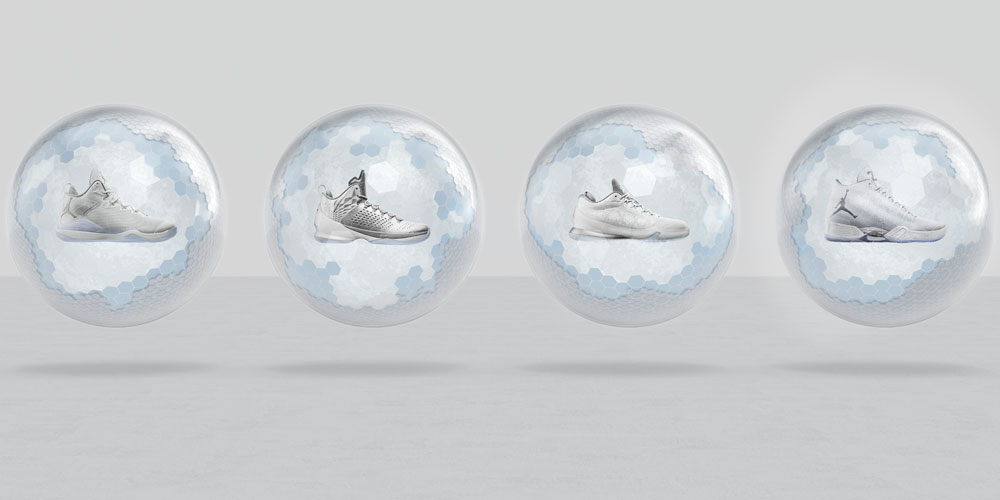 Over the past 30 years, concentric layer by concentric layer, a pearl has been forming. Building upon itself in the natural world in a spontaneous way, one that can’t be planned or predicted. Ideally it is perfectly round and smooth but it has to work through its flaws to get to that level of appearance. 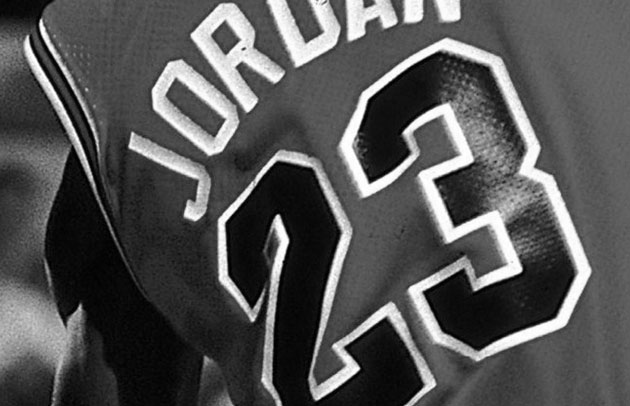 Greatness is formed from imperfection. Michael Jordan won six NBA Championships over 15 seasons and scored over 32,000 points while averaging 30.1 points per game. But it didn’t come easily. He had to work constantly to evolve his game to the level of dominance that he became known for. It took until his seventh NBA season for him to reach the ultimate level of success, his first NBA Championship. All the while doing something he was told he could never do, win a Championship while still leading the League in scoring.

While it is hard to believe that a company that is currently earning over $2 billion a year ever struggled to find its footing, it is true. Jordan Brand skyrocketed with the Air Jordan I but they over-produced it and thus lost money when it hit sales racks everywhere. And while the II was iconic, it never had the chance to fully take off due to Michael being out with a broken ankle most of that season. Those circumstances led to everything hinging on the success of the Air Jordan III. It is no secret that Michael was on the verge of leaving Nike for rival adidas, but a young architect by the name of Tinker Hatfield won him over with not just the design of the Air Jordan III but by truly creating a brand around him.

From that point on, the brand flourished. To say it excelled doesn’t even begin to describe what the Air Jordan line did for not just Nike but the sporting goods industry over the next seven years. Then it came to a stand still…

On October 6, 1993 Michael Jordan retired from the game of basketball, stating that he “no longer had anything left to prove.” It shocked not just the sporting world, but the entire world. Never before have we seen someone that had so much dominance and was seemingly at the pinnacle of their career just call it quits. No one could understand why, especially Nike.

They wanted to end the signature line in 1994 after the launch of the IX. But Hatfield didn’t care for that thought and just continued creating the line. He crafted the X and the XI together all through adversity from his peers and leaders at Nike. But it didn’t stop him; he always believed that Michael would return. Tinker continued to hone and craft the two shoes, specifically the XI, not knowing for sure that Michael would ever wear it on the court.

Hatfield’s diligence paid off when Michael returned to the game on March 19, 1995. He graced the court in the X but shortly into his run he donned the XI and set the industry on fire. Hatfield single-handily kept the line going and laid the foundation for it to become the brand it is today.

Stop and think about that for one second. Had Tinker not kept pushing and believing in what he had crafted, we would have no Air Jordan XI. It just wouldn’t exist. Without his perseverance, we wouldn’t have the pearl image of the Jordan Brand today. Which is why the new All-Star collection for the brand is so important. As it sums up all the layers it took to get to 2015, it personifies the beauty of the journey and the molding of perfection out of nothing. 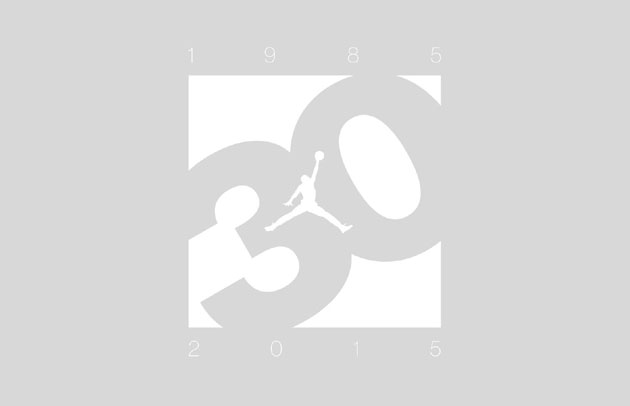 This story is visually clear in the brand imaging released for the collection and their 30-year anniversary. The images are not just black and white, as that is the past. The future is represented by clean white imagery with hints of silver, blue and dark saturated greys. It is a fresh representation of the optimism the brand has with its footwear lineup and where their stable of athletes will take them. 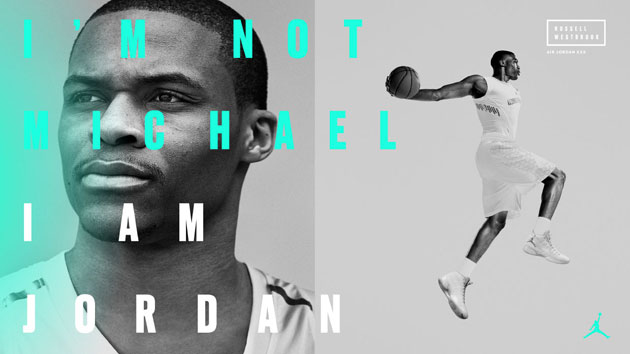 Past the imagery, you can go no further then the bold statement, “I’M NOT MICHAEL, I AM JORDAN”. This speaks volumes about where they have come from to where they are going. It is not just about the athlete. It is not about CP3, Blake, Melo or Russ, the reality is that it is about you and me and everyone on the planet being Jordan.

This whole collection is more then just a philosophy it is a mission statement for the next 30 years. If you were to pinpoint one shoe from the entire collection that represents the ethos perfectly, it would be the Air Jordan XX9. It encompasses the whole pearl metaphor to a T. Like the concentric circles that grow and form naturally to create the perfect smooth shape that is a pearl, the XX9 uses the groundbreaking PerformanceWoven manufacturing process to warp and weft the upper into the best fitting and lightest Air Jordan ever. 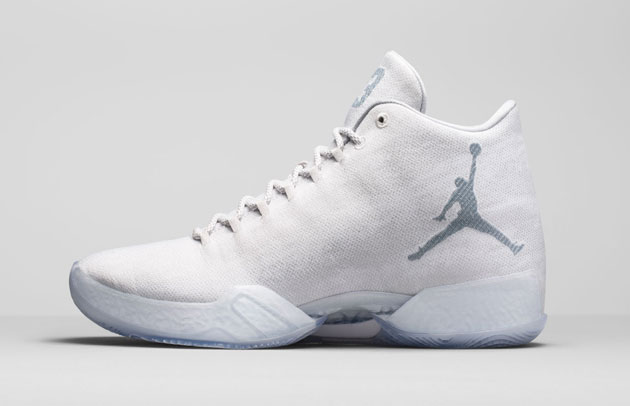 It is important to note that the entire collection is tied together more than just by color. A pearl has a luminescent quality to it, a sheen that picks up multiple hues of color but remains pure and clean. Every shoe uses processes and techniques that are unique to each to bring them into the future. One of the most beautiful details of the collections is the pearl texture that comes across in the meshes and synthetic uppers. It is little hits of 3M reflective that give it that extra hit of sophistication and the premium quality that is synonymous with the brand. 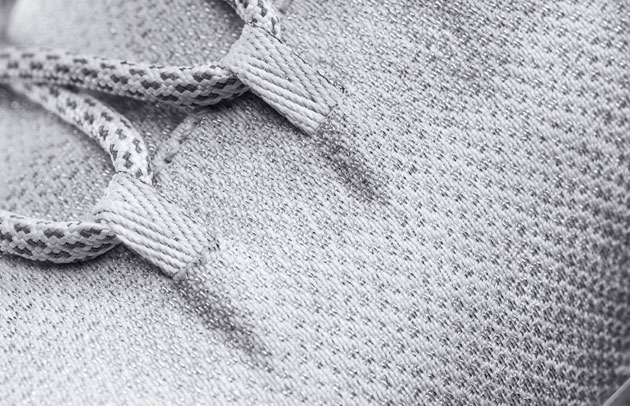 We all know we can’t be Mike but there is no denying the influence that Mike has had on us. We are all Jordan and we are all being asked to take the journey with them into the next 30 years.

Take part by grabbing the Pearl Collection on February 7, and if you are in the New York area for the All-Star celebration, immerse yourself in the 30-year celebration of Jordan directly across from Penn Station at the Pearl Pop-Up Store opening on February 12 at 5 p.m.