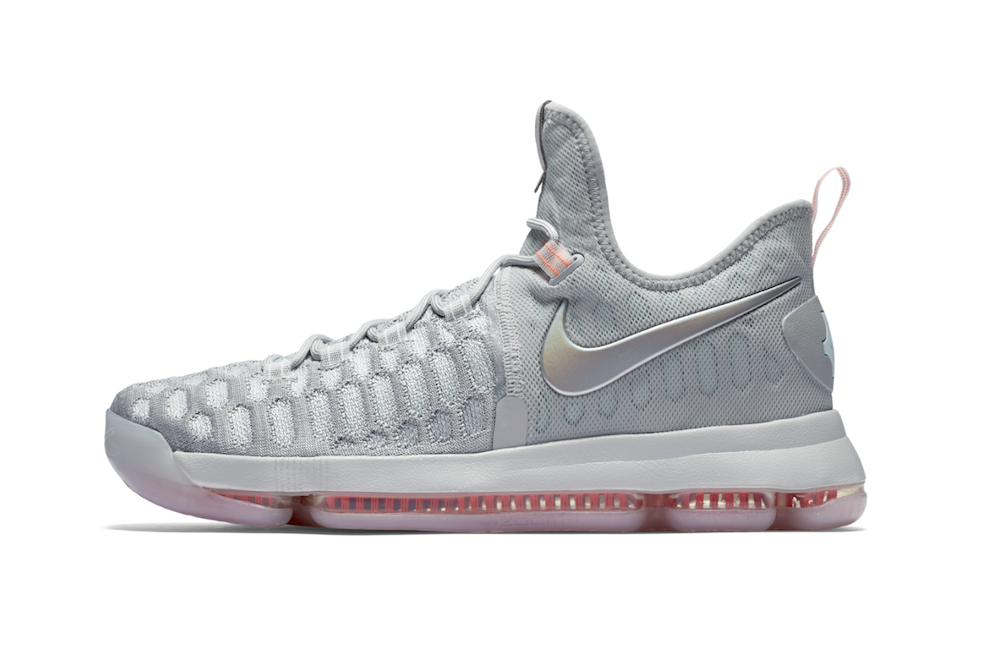 Nike unveiled the KD9 way back in March, and Kevin Durant debuted the shoe during the NBA Playoffs in May. Today, the shoe officially released at retail, so here are more details—and updated photos of the various colorways of Durant’s newest signature sneaker.

You can start by scrolling through the photos above, which include the three initial colorways of the KD9: “Zero,” “Premiere” and “Mic Drop.” Here’s more, straight from Nike:

“The upper allows me to shift to the right and come back to my left really quick and pull up on a dime,” Durant notes. “The shoes are perfectly catered to my foot, like I molded these and got a special pair made. That’s what I want everybody to feel who puts these on. It will feel personal.”

The shoe’s Flyknit upper sits atop a visible, tapered Zoom Air bag unit running from heel to toe. Developed over three years of advanced wear testing, the new Zoom Air bag is 16 millimeters thick at the heel and progressively narrows to 10 millimeters at the forefoot. This architecture is tuned to provide exceptional impact protection in the heel with the snappy feel when pushing off in the forefoot.

The KD9 Zero colorway is available now in limited quantities globally at Nike.com and select retail stores. The KD9 Premiere (white/blue/red) and KD9 Mic Drop (black/white) follow in the weeks to come. The suggest retail price of the KD9 is $150 USD.

In the video below, Durant and Nike designer Leo Chang discuss the shoe’s inspiration and innovation:

For more from today’s official launch event in Austin, TX with Durant, be sure to follow us on Twitter @SLAMonline and on Snapchat (user name: slammagazine). 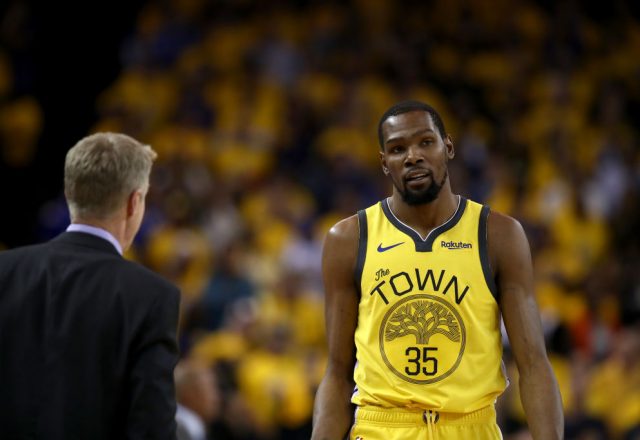 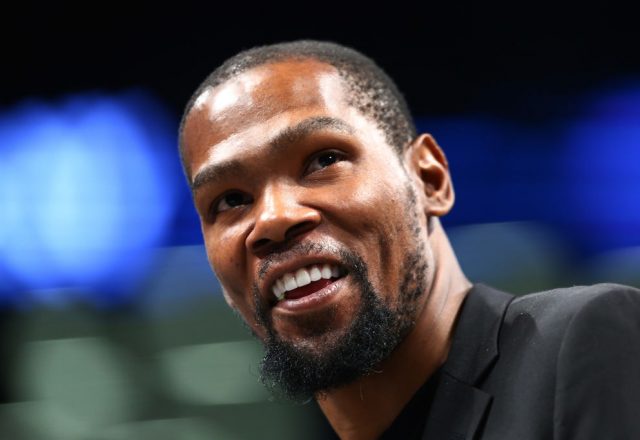