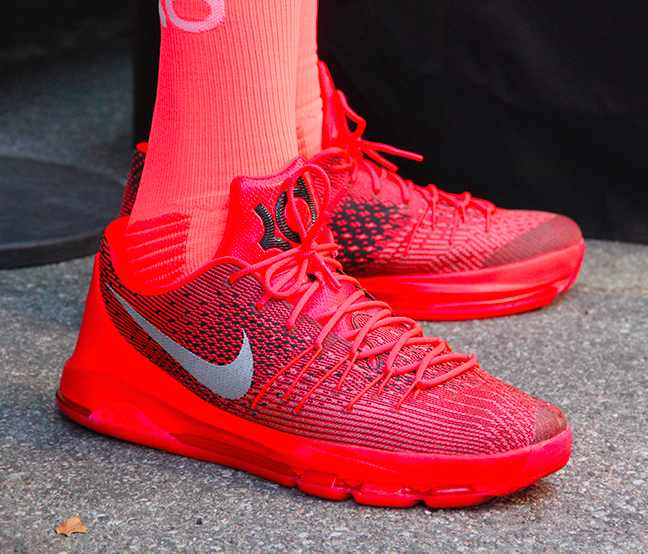 After officially unveiling the Nike KD8 on Tuesday, Kevin Durant made a few pit stops in Los Angeles last week to coincide with Nike Basketball’s #ALLFORTHEGAME tour for the release of his latest signature sneaker. The all-day affair began via Snapchat, as KD gave fans across the nation an inside look at his every move for the day.

The tour began in The Bay, as Durant surprised players at St. Brendan Basketball Camp, hung out with the Oakland Soldiers and stopped by Bishop O’Dowd HS before hopping on a private jet as he headed back out to Southern California for the second half of the tour. After fueling up at Roscoe’s House of Chicken and Waffles, Durant surprised some fans at their crib, played 2K then headed out to the Fairfax District and Pan Pacific Park before calling it a day.

Durant greeted an array of fans, signed autographs and took selfies, answered a few questions and even gave one lucky a fan an opportunity to iD a KD8 in a colorway to match Oklahoma City Thunder’s alternate uniforms.

We were there for the LA tour—check out the photos above, including a great look at the KD8 on Durant’s foot.

All photos by Drew Ruiz